Dawson Gurley is known on YouTube for playing pranks and more famously for impersonating the Golden State Warriors player Klay Thompson. He would often show up to parties, weddings and even warriors games in a Thompson jersey and people would approach him as if he were the NBA star.

Recently Gurley dawned his Thompson uniform and went to the game like any other fan, but two hours before tip off he tweeted that he had been banned from Chase Center. He had apparently walked past multiple security checkpoints, which he said had "willingly let me through security without asking for ID," and onto the court where he was able to shoot around for ten minutes.

Many fans questioned if this was staged and whether they intentionally let Fake Klay Thompson on the court as part of an act. However, Gurley shared the letter from Chase Center on twitter which stated he would have a lifetime ban from the arena.

Here’s the official letter of my ban. pic.twitter.com/Ii9VTdWI0h

Over the years Gurley has made many videos pretending to be Klay Thompson. Some are hard to watch, but others are quite convincing. 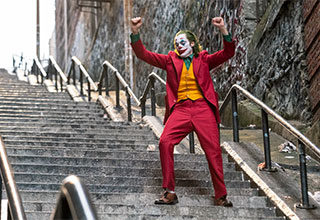 NEXT ARTICLE The Joker Part 2 Is Going to be a Musical, No Really