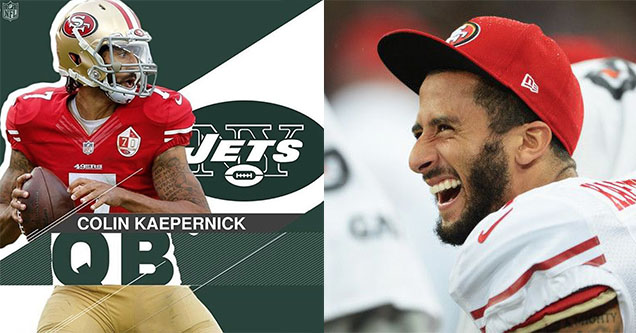 Twitter just got trolled hard. A parody ESPN Sports Center account going by the name SuperToughScene aka 'Barry McCockiner' tweeted out today that the New York Jets signed QB Colin Kaepernick to a 1 year / $9 million contract. They even included that the source was notable NFL insider Adam Schefter.

A Fox affiliate in North Carolina picked up the story and posted online before quickly taking it down. However, there are always screenshots. 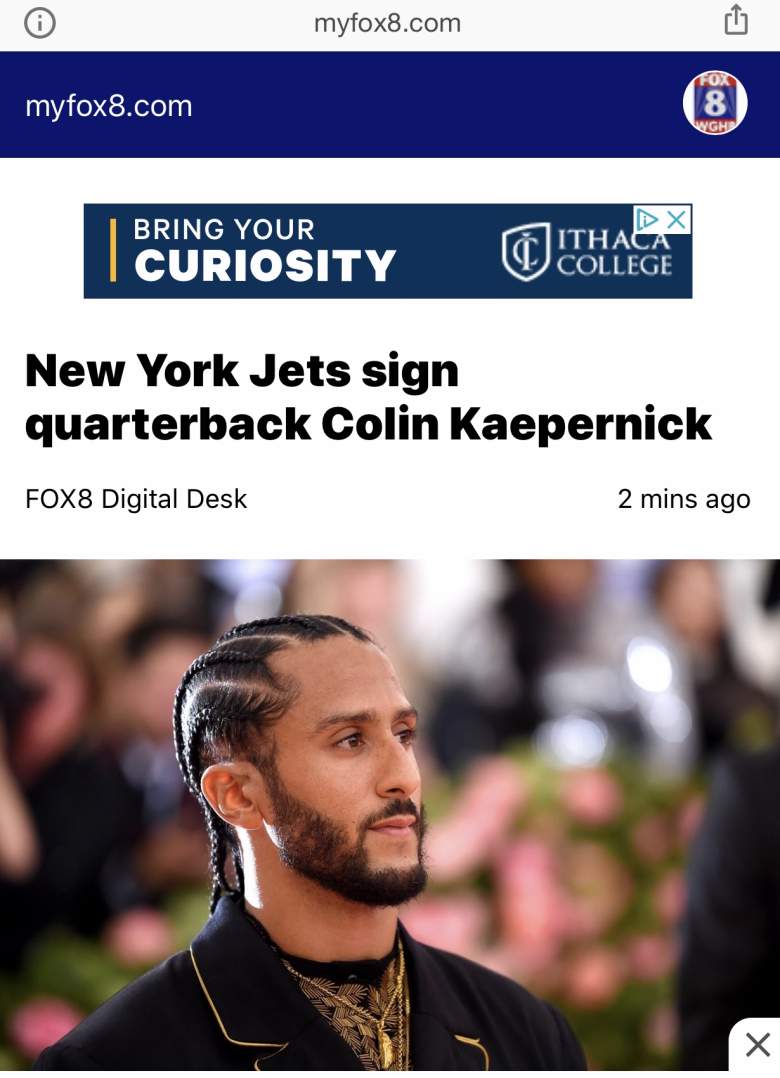 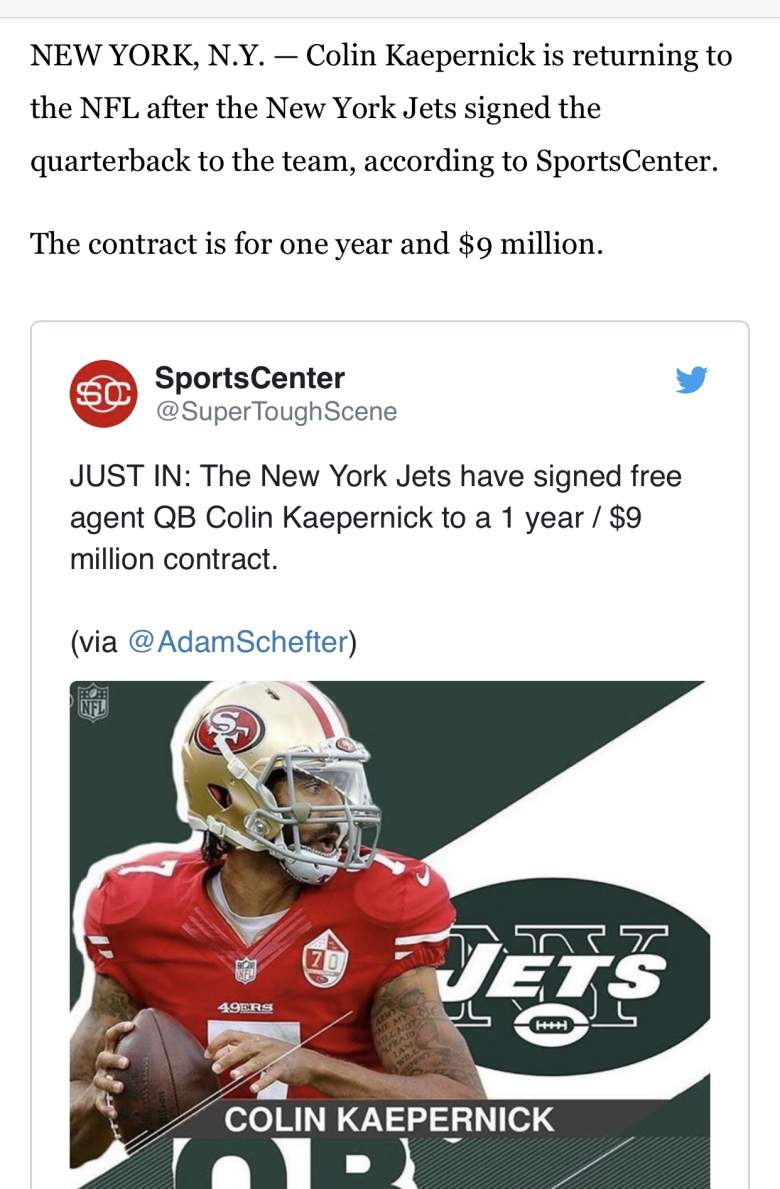 The former chair of the DNC also got trolled. 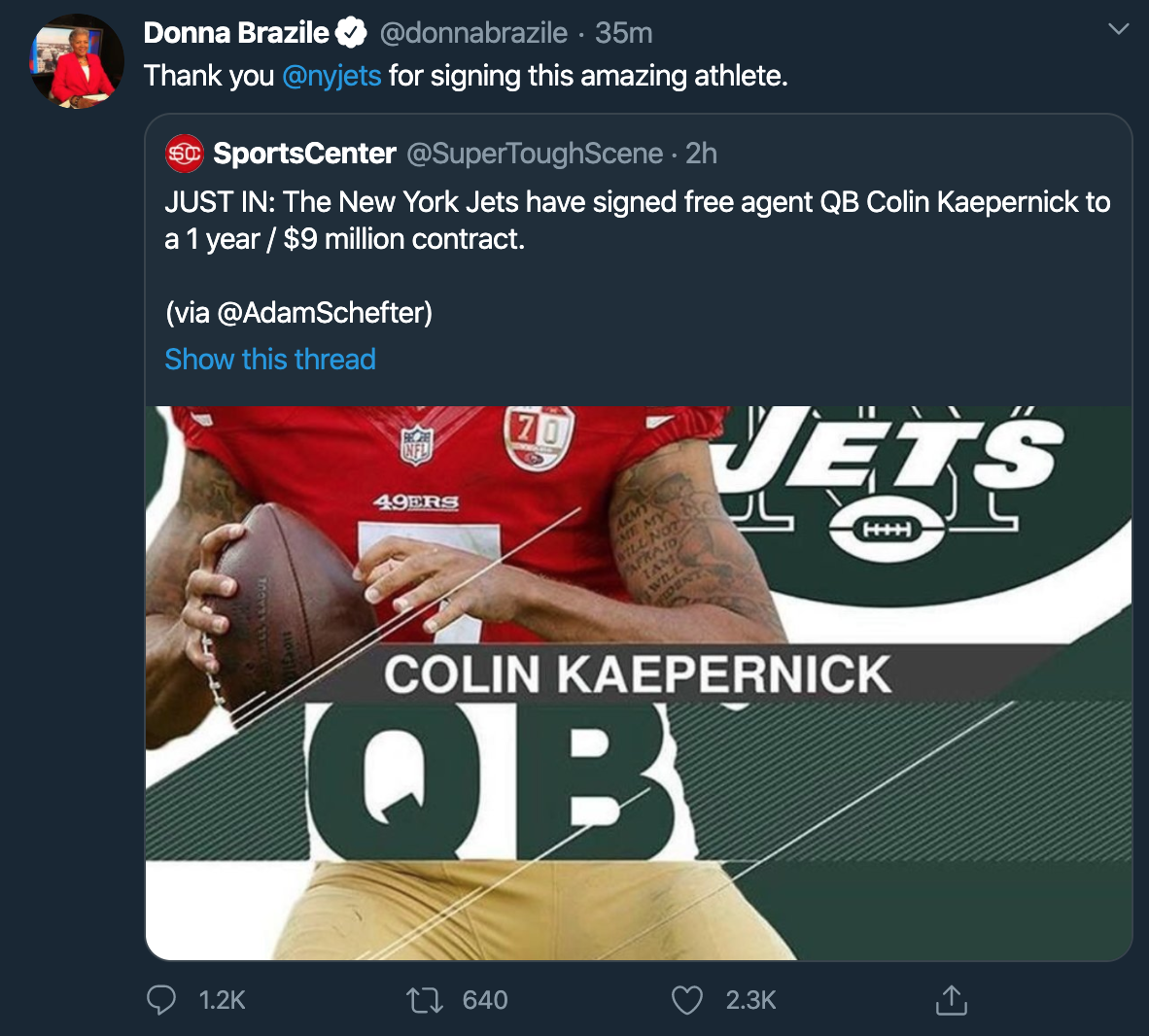 Kaepernick hasn't played in three seasons after refusing to stand for the National Anthem. He did have a tryout recently in Atlanta, but the hopes of him ever wearing an NFL jersey again are slim to none. Twitter is having an absolute field day about this, however.

Me when legit news sources post that Colin Kaepernick got signed to the Jets only to discover the story was created by a fake sportscenter twitter account. Y’all really don’t do work to verify shit, you just run with it like everyone else who depends on trending topics for news. pic.twitter.com/HcfTZl7gxq

A Sportscenter parody account tweeted that Colin Kaepernick was signed to the Jets.

Took 1.8 seconds to see that it was a parody account, yet thousands of people shared it. Some professional news media even reported on it!

I came this close to tweeting about Colin Kaepernick pic.twitter.com/dSnXzVJ0jE

My reaction when I saw Colin Kaepernick was trending due to a fake tweet about a deal with the Jets. pic.twitter.com/nPSEIxZBin

Roger Goodell heading to his office to verify why Colin Kaepernick is trending pic.twitter.com/xXiHog5dC4

This all comes just a day after the same account posted this yesterday.

Here is the funny thing about this tweet. The amount of ppl who were already to give the Jets their loyalty because they thought they signed Colin #Kaepernick is crazy. Now you can actually see in real time the NFL would have never lost with Kaep being back on the field https://t.co/MyLNgE65BR 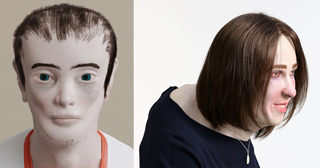 NEXT ARTICLE Why Can't Scientists Stop Imagining Humans Becoming Gross in the Future?