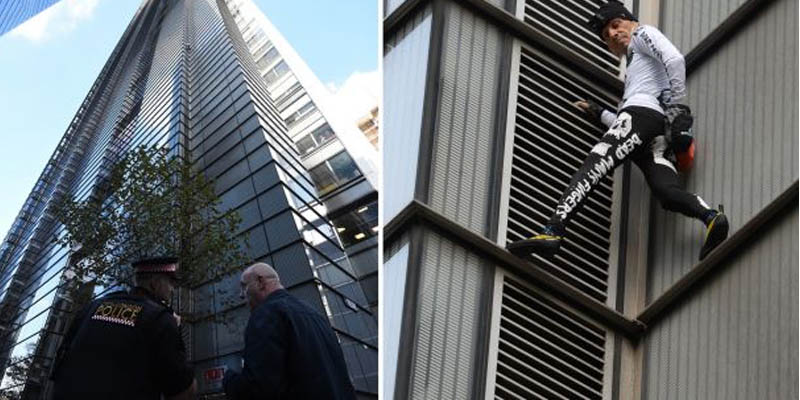 Alain Robert aka known "The French Spiderman" ascended the 202-meter (662ft) Salesforce Tower, formerly the Heron Tower, in the City of London without a rope or other safety equipment. A crowd quickly began to form around the tower, prompting police to build up a blockade, citing his action as a massive disturbance.

The "French Spider-Man" epitomizes the phrase "balls-of-steel" in his actions and explained that "This is what I know as a way of living and expressing myself and living my dreams, my passion and living my life as fully as I can. Definitely, it is dangerous." He continued “I fully feel alive when my life is at stake. It may sound a bit scary and crazy but this is the way it is." Here we can see a video of him explaining his plan, right before the flight.

We caught up with 'French Spiderman' Alain Robert before he started a surprise 754ft (230m) climb in the City of London.

People working in the building were rightfully surprised to see Alain climbing their building, but were treated to some amazing and gut-wrenching shots of his ascent.

When a guy decides to climb your building... @salesforce #herontower pic.twitter.com/oSMbzTOLfg

After he successfully finished his climb, his manager expressed relief at his safe return and explained “Now he will be arrested and go to court. Hopefully, they will not be too hard on him because actually, he is a really good guy.” Let's hope he gets out of legal trouble soon so we can enjoy watching him risk his life again. 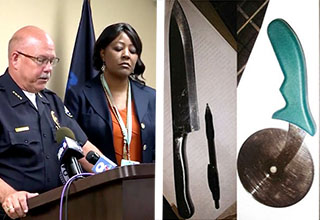