Did you know there is a type of Fungus that actually thrives in highly radioactive environments?  C. sphaerospermum (Cladosporium sphaerospermum) is a unique type of Fungus that uses a process called radiosynthesis (similar to photosynthesis but replace sunlight with radiation) to convert gamma radiation into chemical energy. The Fungus literally "eats" radiation as its food source.

Scientists are conducting experiments to see if the Fungus could be used to protect Astronauts from Solar radiation in space. To test the "radio-resistance" of C. sphaerospermum in space, Petri dishes containing a layer of the fungus were sent to the ISS and exposed to cosmic radiation.  The results of the tests showed that the fungus was able to decrease radiation levels by about 2%.

From this data, researchers estimate that an 8-inch layer of C. sphaerospermum could largely negate the annual dose-equivalent of the radiation environment on the surface of Mars. Radiation is one of the biggest obstacles around long-term space travel.  For example, an Astronaut on a year-long Mars mission is exposed to roughly 66 times more radiation than the average person on earth.

The researchers will need to do further experiments and expect that the C. sphaerospermum fungi would need to be used in combination with other radiation-shielding technology, but the findings highlight how relatively simple biotechnologies may offer huge benefits for future space missions.

"Often nature has already developed blindly obvious yet surprisingly effective solutions to engineering and design problems faced as humankind evolves – C. sphaerospermum and melanin could thus prove to be invaluable in providing adequate protection of explorers on future missions to the Moon, Mars and beyond," the researchers wrote. 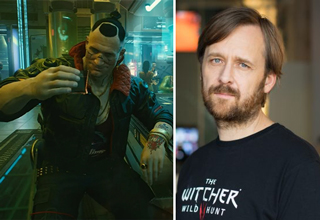 NEXT ARTICLE 'Cyberpunk 2077' Patch Is Coming Soon, but Will It Be Enough?