You’ve seen it. It’s the video of Gal Gadot and a winding list of celebrities singing John Lennon’s ‘Imagine’ acapella in various keys to what they’d imagine is a grateful audience in the throes of a full-blown global pandemic. I’d imagine they sat back and felt good about their contribution to people’s lives at a time when we’re all adjusting to being indoors 24 hours a day and struggling with the idea that we don’t know when life will get back to normal. I’d imagine, they think we gave a shit.

You know what all of these people have in common? They’re rich. They’re going to be fine. They’re all a lot more comfortable than you are right now. And you know what? They will manage to get tested if they start to show the vaguest of symptoms. Much like the Utah Jazz, who somehow got 58 people tested (on the team or associated) when it was next to impossible for any else to get a test, none of them will be hit as hard as the average citizen. So they can save their bullshit, condescending ‘everything is going to be okay’ garbage.

Needless to say when I woke up yesterday and saw that video, which has garnered 1.4 million views on Instagram, and 15.5 million views on Twitter, I was frustrated. That’s when I remembered that Cameo exists.

Cameo is a site where you can pay celebrities (I know, I know) to send you video messages for a fee. Of course, the only person that I could think of that could accurately portray how I was feeling was none other than Gilbert Gottfried.

At a time when all we need clarity on what is happening and what we should be doing, the last thing any of us need is some out-of-touch rich people telling us “it’s all going to be okay”. In the words of Clark Gable’s character, Rhett Butler, in Gone With The Wind, “Frankly dear, I don’t give a damn.” 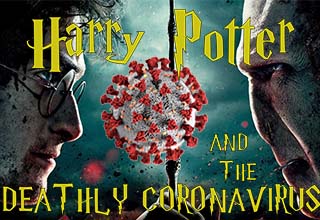