Wingstop is a popular chain with over 1,000 locations. The stop in Colombus, Ohio has an... interesting regular.

The manager of a Wingstop stepped into a conflict between an employee and a clearly unhinged woman.

More details of the story came to light from someone allegedly associated with the store.

After the video of the incident became popular, ANOTHER video emerged of the same woman wreaking havoc in the Colombus Ohio branch fo the Wingstop chain.  She had been arrested for the incident previous incident.

Twitter users are preemptively coming to the defense of the employees.

So @wingstop before y’all fire y’all employees, realize that this “customer” was a threat to your employees.

Ain't no thing but a chicken wing. 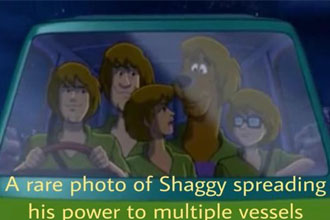 NEXT ARTICLE The Unexpected Rise of Shaggy As An Internet Powerhouse