We all know where this is going right? Some of the most ballsy (or stupid depending on how you view it) humans in the world, jumping into shark-infested waters. What did we think was going to happen? To kick off the ever popular Shark Week, Discovery linked up with the guys from 'Jackass' and the special did not disappoint.

There was our long lost friend, Chris Pontius in a matador sketch but instead of bulls it's...you guessed it, angry-ass sharks.

One of the newest Jackass members, Jasper Dolphin is placed inside an inner tube with shark bait attached. The idea was to calculate bite force, because science?

And he's getting the job done. ✔️ pic.twitter.com/ahhxKdAcpV

But by far the best/worst idea had to be Sean McInerney, a.k.a. Poopies wakeboarding off of a ramp into a shiver of sharks.

As you can tell just from the teaser trailer, things did not end well for the one they call 'Poopies.'

Our new @jackassworld star, @Poopiesgram, gets his hand mangled by a shark on our Jackass #SharkWeek special tonight at 10pm on @Discovery (already streaming now on @discoveryplus). Let’s go!!! pic.twitter.com/Gw76PPVhyd

Other than almost having his hand completely torn off, Poopies will be okay. The 'Jackass' boys will be back in their latest film 'Jackass Forever' set to be released this October. 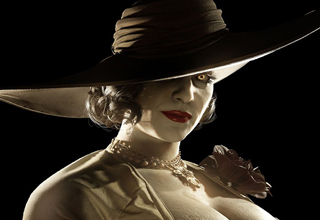