After coming under scrutiny for not being inclusive enough to people of all body types, Victoria's Secret has taken a different tone this year. Sofia Jirau is a 24-year-old model from Puerto Rico with Down's syndrome who recently became the first model for Victoria's Secret with the genetic disorder. While Jirau has made history, Victoria's Secret only seems interested in appealing to a wider audience in an attempt to bounce back from financial struggles.

In 2020 the company was forced to close more than 250 of its stores across the country due to the COVID-19 pandemic. They have since been through serious financial struggles and rumors of the company going out of business became more real as the pandemic progressed into multiple years.

The new creative director Raul Martinez is taking a different approach this year in trying to make up for the judgments about the company's policy on an inclusive hiring process and their choice of very specific women to represent the brand. Sofia Jirau's dream may have come true, but behind the curtain, things are more complicated than just hiring a model with Down's syndrome. The financial struggles the company face may not be erased by overcompensating an underrepresented model.

Come see me in SF this weekend, Vancouver next weekend or St Louis & Chicago the week after that!! https://t.co/OocqLd5tcc for tix pic.twitter.com/WBNuoVHZTn

This seems to be Victoria's Secret's attempt at selling more bras rather than trying to be an all-inclusive company. While this is a big moment for underrepresented people in fashion and media, Victoria's Secret knew that if they didn't do something that got a lot of people's attention then they wouldn't be seeing every woman wearing their overpriced underwear next year. 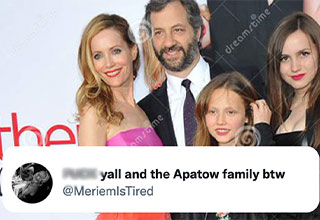