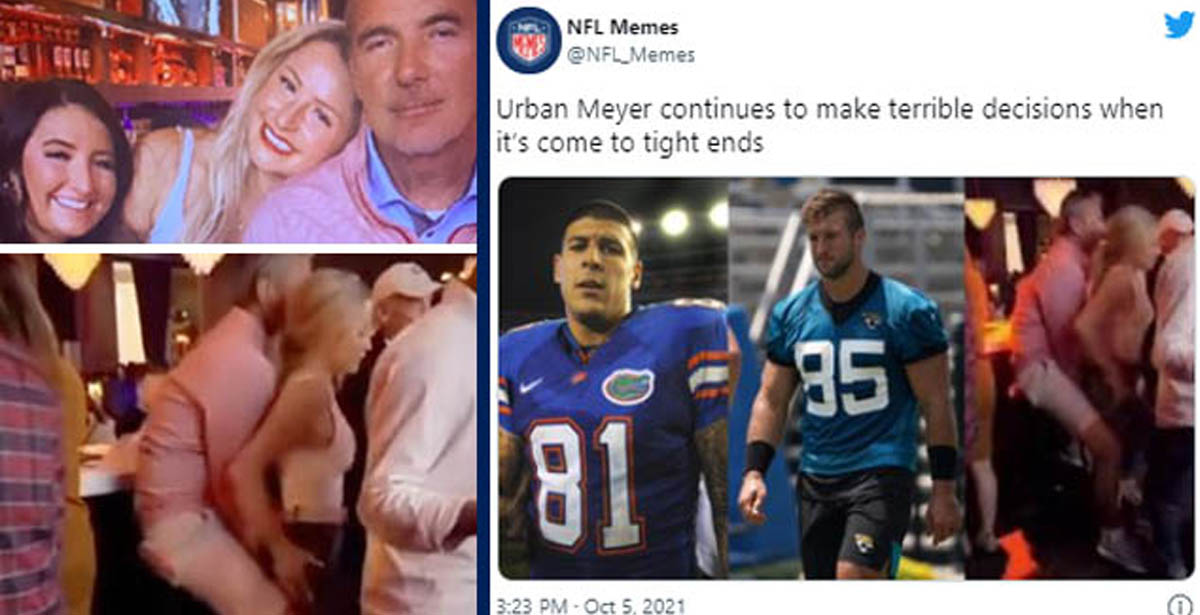 Urban Meyer is a legendary coach in the college football circuit, having led incredibly strong teams with the Florida Gators and the Ohio State Buckeyes and winning multiple titles with both. As a pro coach in the NFL, however, his tenure so far has been... less than glorious.

After overseeing the Jacksonville Jaguars' fourth loss in as many weeks on Thursday Night Football, Meyer decided not to travel back to Florida with the team that he is responsible for. Instead, he chose to stay behind in his home state of Ohio where he was recorded partying it up and getting grinded on by several young women, none of whom were his wife. That footage has since gone viral.

Meyer apologized to the team and Jaguars ownership upon his return and that probably should have been the end of it... until sports reporter Mike Silver posted a series of tweets that paint out Meyer as having completely lost the locker room.

THREAD 1) The Urban Meyer situation in Jacksonville has reached a crisis point, especially in the locker room. One player told me, 'He has zero credibility in that stadium. He had very little to begin with.'

2) Players were particularly put off by the fact that Meyer canceled Monday's team meeting, as he dealt with the uproar over the videos of him and a young woman getting cozy in that Ohio bar. 'He even canceled the team meeting. He was too scared,' a player said.

3) Instead Meyer 'only apologized to position groups individually.' He portrayed the woman in the videos as a random person who was 'just there dancing.' Suffice it to say, his audience was highly skeptical.

4) Said one player: 'We looked at him like, WTF? Right when he left everyone started dying laughing. And he knew it.'

Silver hasn't disclosed his sources and so this is all technically hearsay, but it's still a pretty bad look. Jags fans have been frustrated with the Meyer regime for a while now, from his signing of Tim Tebow to his seeming ineptitude as a coach at the professional level. One fan provided a great summary of grievances:

They know this type of behavior is not how a coach should behave, he has a pattern of making horrible decisions pic.twitter.com/SL2DrudhFF 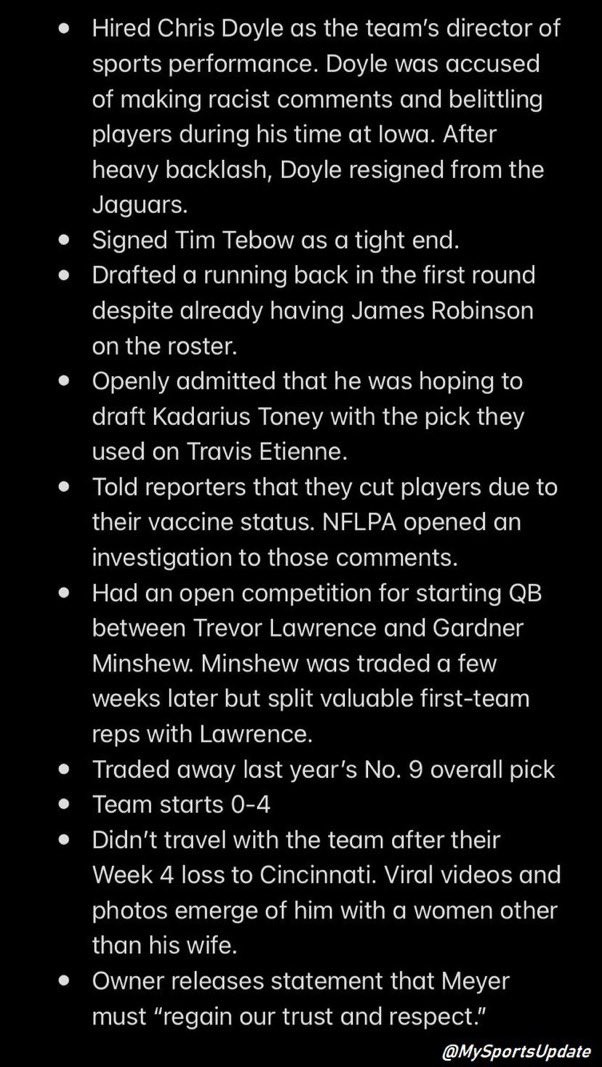 Some people pointed out that the incident, while amusing, seems to be getting blown out of proportion since he's a grown man on a day off, but others countered that his leadership role requires a stricter code of conduct:

Because he's in a leadership position and he did not show leadership qualities. He then cancelled a Monday meeting with his players because if the incident. He's a poor leader who doesn't command a team.

Jags leadership clearly agreed, because they issued the following statement:

Never great when your boss says you're going to have to "work to regain our trust and respect."

Needless to say, the whole situation got meme'd almost immediately:

I thought it was a joke when people said there’s a pic of Urban Meyer and his wife on the wall at his bar/restaurant that he got filmed at pic.twitter.com/Cj9c43qXXz

Urban Meyer when he sees a drunk CoEd in a college bar pic.twitter.com/xaMf1l6sX1

As a man who lives in Columbus Ohio @OfficialAJHawk

“I am very sorry and I promise I will finger this out.” -Urban Meyer pic.twitter.com/dqb4Hm9uej

Urban Meyer when he stepped foot back in Ohio pic.twitter.com/CSir1nS8Wx

Fired at end of season for performance +150

Retires due to heart issues +200

We'll let you know if Meyer loses his job in the next few weeks. 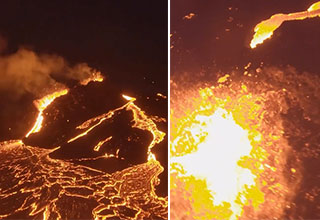 NEXT ARTICLE Drone Footage From Inside a Volcano is Absolutely Insane