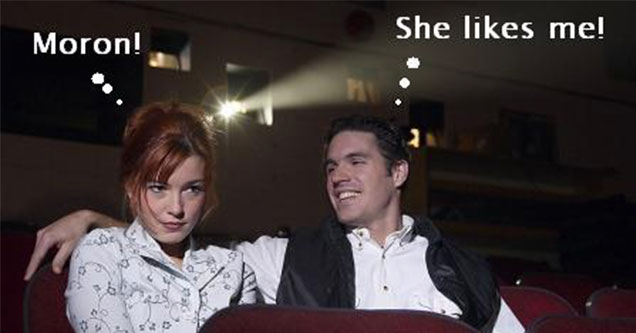 Editors Note: Last week we held a contest asking for your 'worst date' stories and we are proud to share with you our winner, courtesy of Kilgore.

After spending several months being single in a small town, I was introduced to a nice girl by my neighbor. She was her best friend and thought we would be a good match. Well, she was right, because we hit it off and ended up in bed together the first night. We had a few booty calls but it was just casual sex and being a gentleman, I thought it'd be nice to give her a nice evening. So I arranged a night we were both free and I would make her a romantic dinner and we could go to the movies afterwards. She agreed and was pleased that I saw her more than just a bang buddy. Being a decent cook, I knew that she would be blown away by the evening and perhaps this relationship could become something more serious. The date was for the upcoming Thursday so I had a few days to plan and prepare. No way this night would not be a home run!

A couple of days later and I get in touch with a buddy in Florida who is having the time of his life spending his inheritance and he invites me out to help him spend it! This sounds like an awesome invitation and being 19 years old, downright perfect. Without any hesitation, I accept and tell him I will be driving out as soon as possible. I decided to quit my job and skip out on my rent for some extra travelling money and just simply blow off this chick I've been banging because there was plenty of ass in Florida. I loaded up my car with a couple of duffle bags of clothes and nothing else and proceeded to point my car in a general Florida direction and head on out.

As I'm pulling out of the neighborhood, this chick pulls in at the same time. Oh, shit! It's fucking date night...wtf!?! I was hoping to just slide out without any confrontation and get onto my new life. She sees my bags in the back and is like, "What are you doing laundry?" "Yeah, laundry day!" I exclaim a bit nervously. She was like, "We're still on for dinner? "and I was like, "Definitely but I need to go shopping still." Now it's still early in the afternoon and she was just stopping by her friend's house to get ready. She talks me into turning back around and having sex back at my place before I head out again to go "shopping".  I drove about 35 or 40 minutes and decided to stop and gas up and get some road munchies. Get to the counter and reach for my wallet...it's not there! Oh damn, must have dropped it. This is becoming a fiasco!

Now by the time I get back, over an hour and a half has gone by. I walk in and she has fallen asleep in my bed and is unaware of how much time has actually passed. There's my wallet next to the bed looking up at me all sheepishly. As I grab it she awakens and sleepily mumbles, "Is dinner ready?" I reply that I had forgotten my wallet and they were waiting for me at the store. She snoozes back out and I once again leave upon my deceitful journey. I've always wondered how long she waited and what she tells people about the guy that just disappeared on date night. Perhaps there's a missing person's report out there for me? 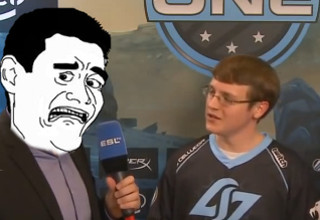 NEXT ARTICLE 10 Cringey Gamer Fails That Hurt To Watch