Check out this funny clip from Joey Diaz's podcast "Church of What's Happening Now" where he recalls a funny story about how Ralphie May would troll movie star Matthew McConaughey as he worked on his car in a nearby garage.

Ralphie May, the youngest of 4 children, was born in Chattanooga Tennessee and grew up in Clarksville Arkansas. At 17, he won a contest to open for comedian Sam Kinison, whom he considered his idol.

In 2012, Ralphie was on "Last Comic Standing" finishing in 2nd place, with Dat Phan winning first. May would go on to appear on several shows and specials, including 4 of his own Comedy Central specials, and 2 Netflix specials.

Sadly, On October 6, 2017, May went into cardiac arrest. May had been battling pneumonia for several weeks and had cancelled previous shows over the previous month.

Check out this compilation of Ralphie May's best moments from specials and stand-up shows created after May's death in his honor. 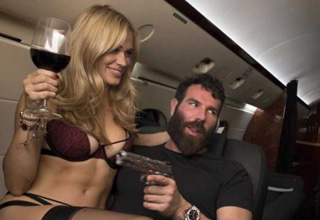