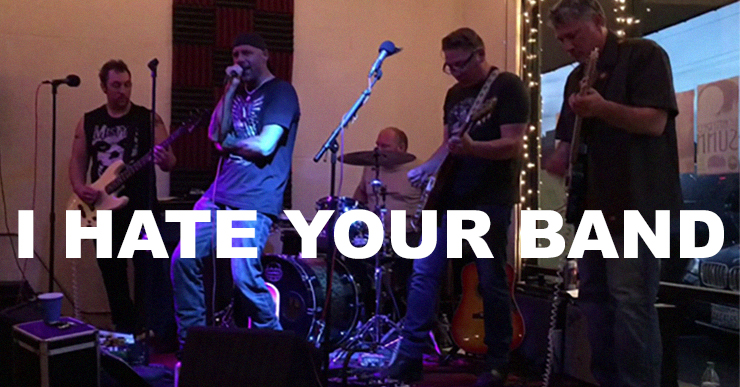 So when we premiered this feature series last week, I thought I was clear that bands were voluntarily submitting their music to be roasted in the form of a music review for good fun. I, however, still ended up with a $500 bounty on my head by a commenter whose new life mission was to destroy me. But anyway, the disclaimer here is that the bands know and have asked us to do it. Someone was like, why don’t we roast you next, huh? Well, you do, assholes. Every goddamned day. Anyway...

This week we’ll torture ourselves with the tunes of Scattered Sunn (that’s Sunn with two T’s, like the amp, or the band that already named themselves after the amp, sunn 0)))). Take a listen. Go ahead. Don’t be shy.

Whoa, what the fuck was that? It sounds like a group of hobbyist dads playing the county fair for a distant crowd that’s actually in line for the corn dog cart. Sounds like a geriatric Candlebox who plays the same small townie bar every Thursday night. Sounds like the smell of the inside of a used truck.

Okay, let’s listen to another one. Maybe it gets better, like Dan Savage promises.

Jesus. This song put it’s fingers in the mouths of my ears and ordered them white wine even though they wanted red. I feel aesthetically assaulted. I’m submitting this review to Babe dot net in hopes to start a constructive conversation about what this band is doing to people.

Maybe I’m just in the wrong headspace. I’ll try putting on some relaxed-fit jeans and a heavy wrist watch and try breathing loudly through my nose. Okay, now I’m feeling like a dad. Let’s hit one more track.

Okay, this one is like an unrehearsed Eddie Vedder getting over a sore throat and playing some deep cuts with buddies in the garage until the neighbors complain, not about the noise, but about the songs sucking ass. I tried to get into it, though, I really did, but this is clearly amateur hour at the buttrock batle of the bands. I’m afraid if I immediately go back to listening to good music my body won’t be able to handle it, like coming off antibiotics, so I’m going to have to come off gradually by listening to Nickelback, then Creed, then Pearl Jam, then the Wipers. Wish me luck and a happy recovery.

Leave your own reactions to the band in the comments, or just tell me I’m horrible and didn’t get enough hugs as a kid. 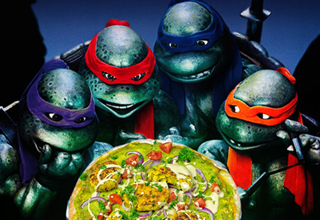