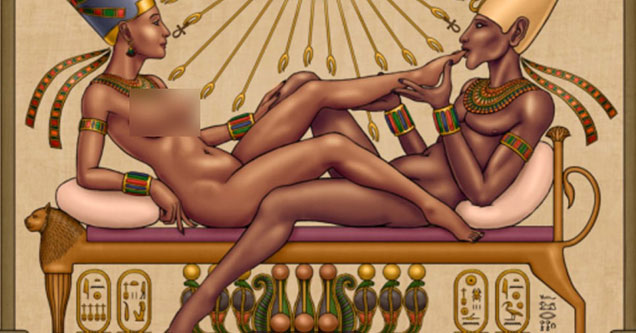 Holy hell boys and girls, we've got ourselves a doozy today and we know don't say this often enough, but WHAT THE **** is going on? We have gone so far past 'base reality' that now even the conspiracy theorists are lost.

But to recap the last few days in America we have, Mitt Romeny walking for Black Lives Matter, Democrats kneeling in Kente cloths until they couldn't stand, and Ice Cube, the younger of the 'Ice' rappers, posting himself into Internet infamy (anti-semitism).

Ice Cube, whose government name is, O'Shea Jackson, had his Wikipedia bio edited today to read, "American rapper, actor, filmmaker, and antisemitic conspiracy theorist" after he rattled off a ton of memes on his Twitter page. Many of which are harmless and honestly pretty dumb. Like this. 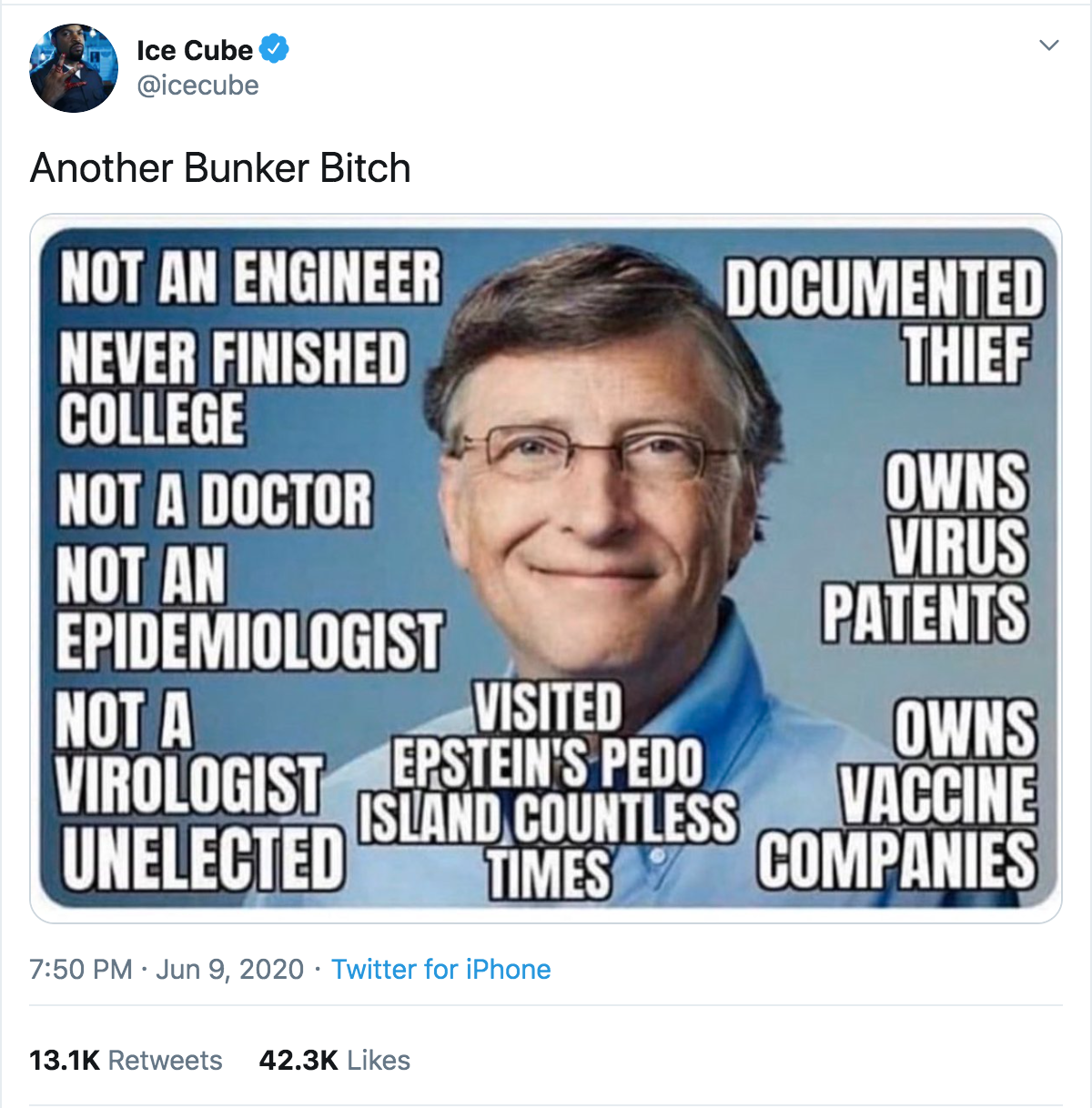 While other memes Cube has posted, according to the Daily Beast, are products of a page called Black Matters, (you can see the BM trademark) a page that has long acted as an American focused Russian Propaganda tool. 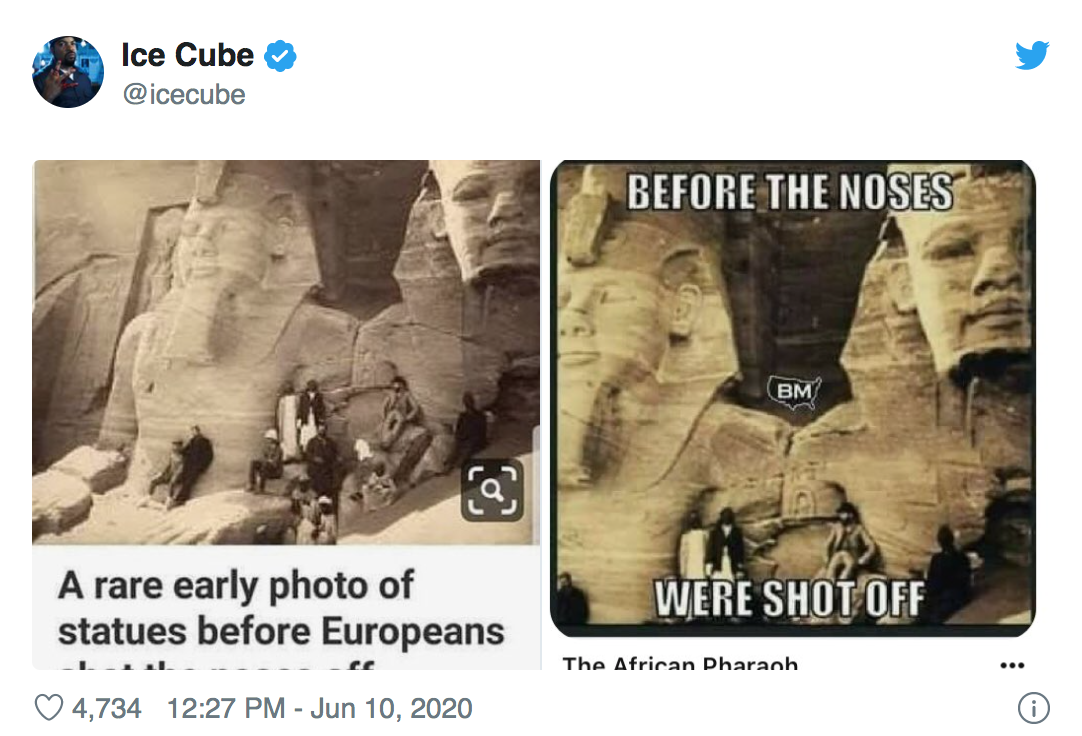 You can scroll through his timeline and see the many memes and foot fetish pics he's been posting. And we aren't here to police Cube's personal fetishes or to fact check his memes. Though the nose one could use a good write up about, we're here to look at one meme in particular and that's the Black Cube of Saturn.

The story answer is this, the Black Cube of Saturn is not a real thing. It's a cool looking and easy to lack onto occult meme that takes bits and pieces from pagan and 'Saturn' iconography pretends that all world religions are a farce, secretly pushing forward the agenda of Satan Ie the whole world is still in his clutches.

The meme Ice Cube Tweeted, or one of the memes Ice Cube Tweeted, is this below, where the 'Cube of Saturn' is placed inside the star of David. I guess this is supposed to imply that Judaism is secretly a religion of Devil Worship? Or somehow part of the great distraction? 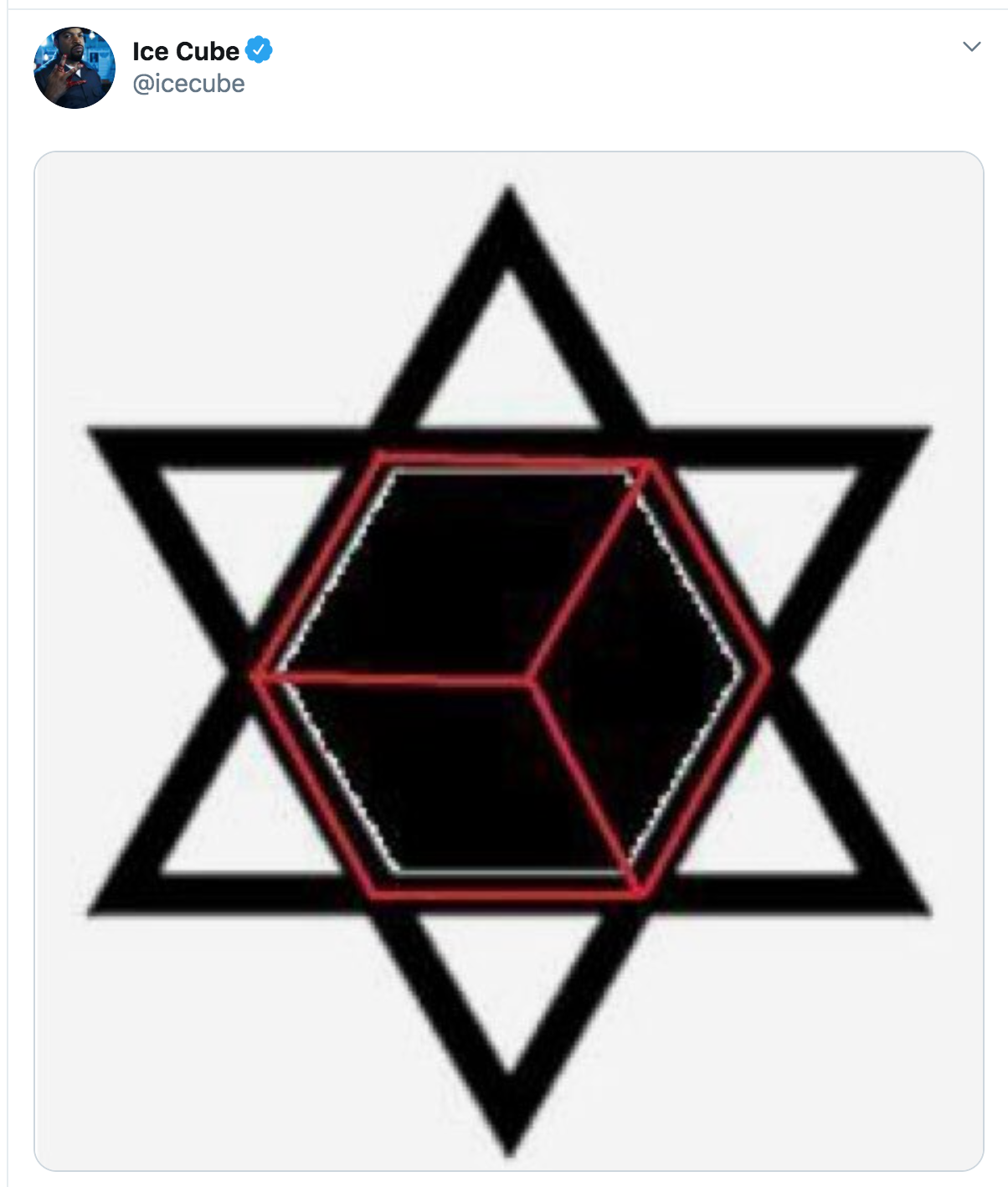 Cube also shared this meme, though it doesn't really give us anymore context. But that's the point. There is no substance, no context, just empty images that mean nothing and say nothing. But hey, that's the point right? 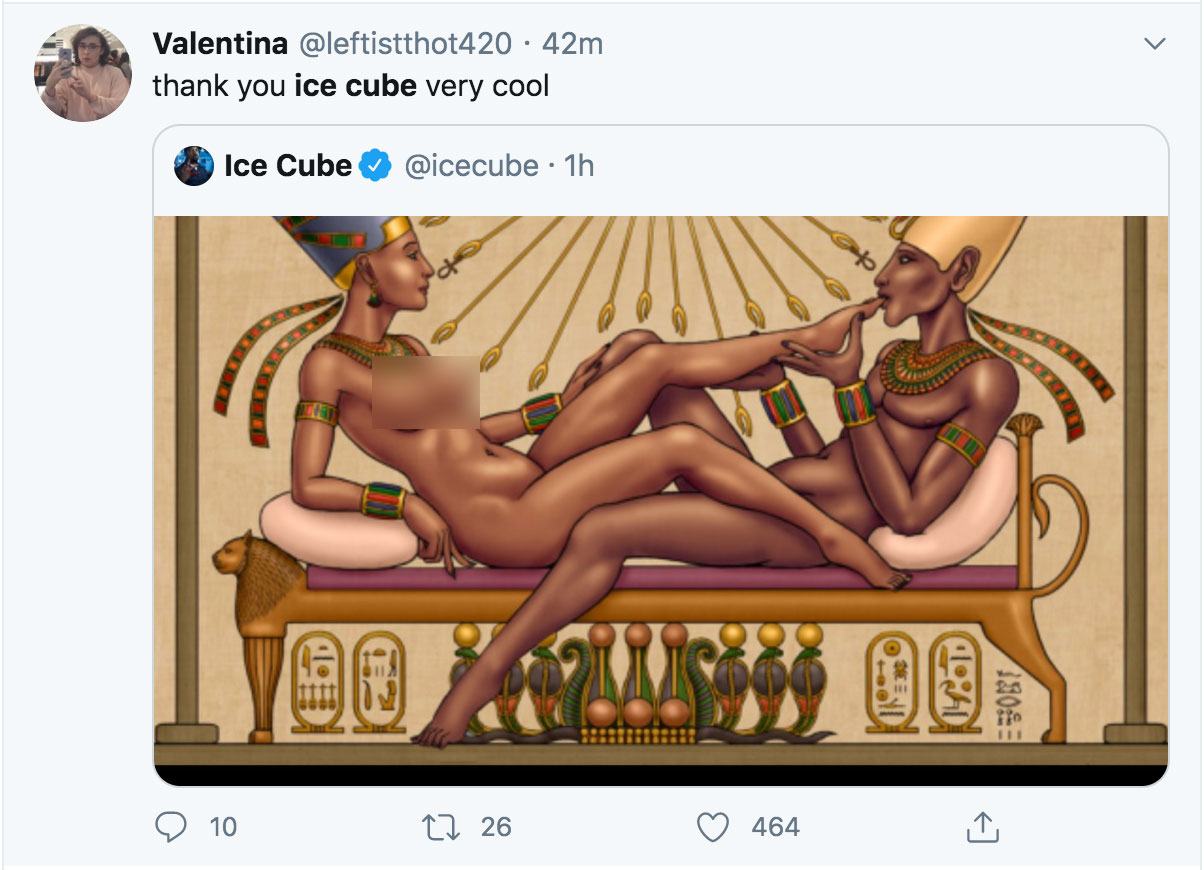 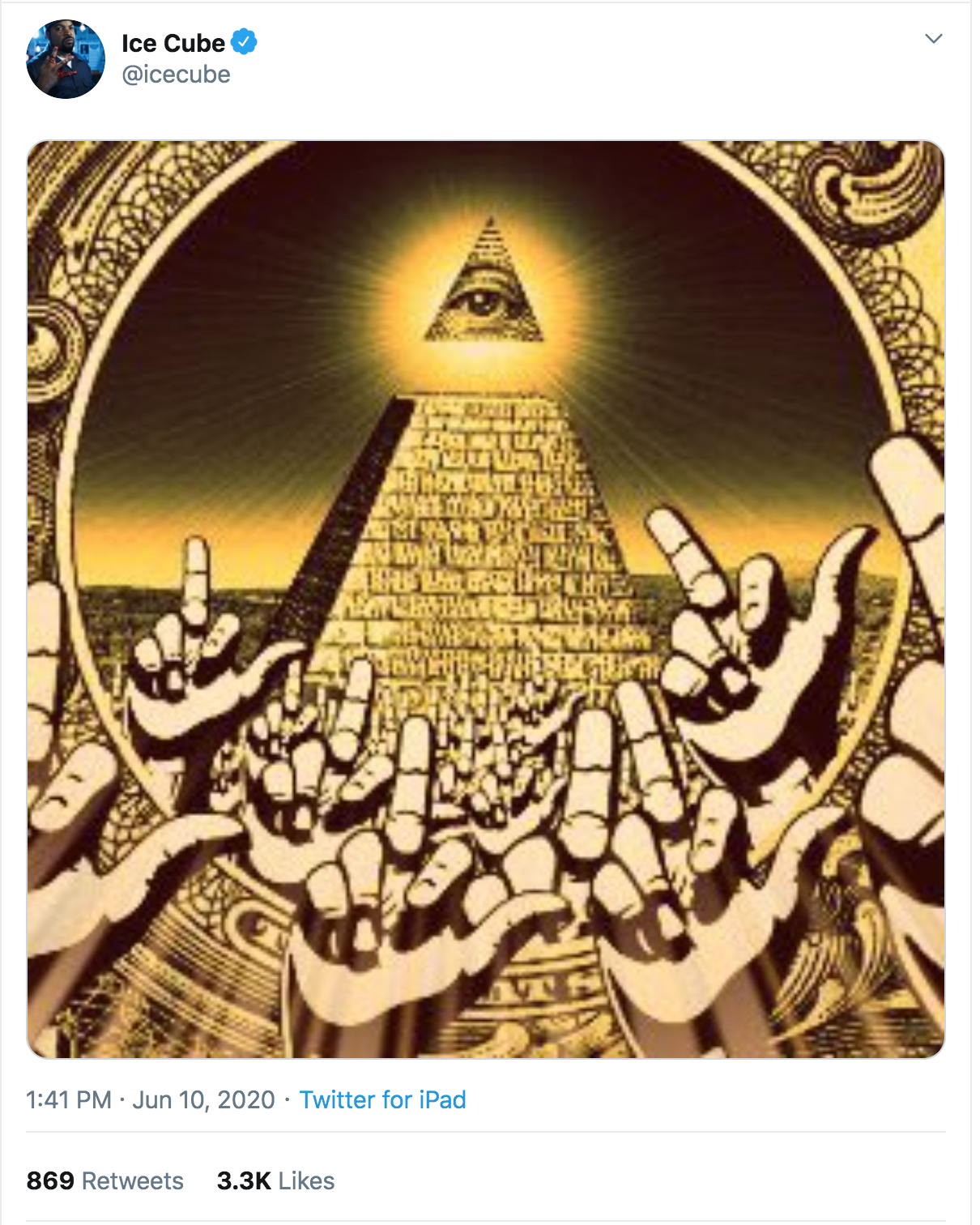 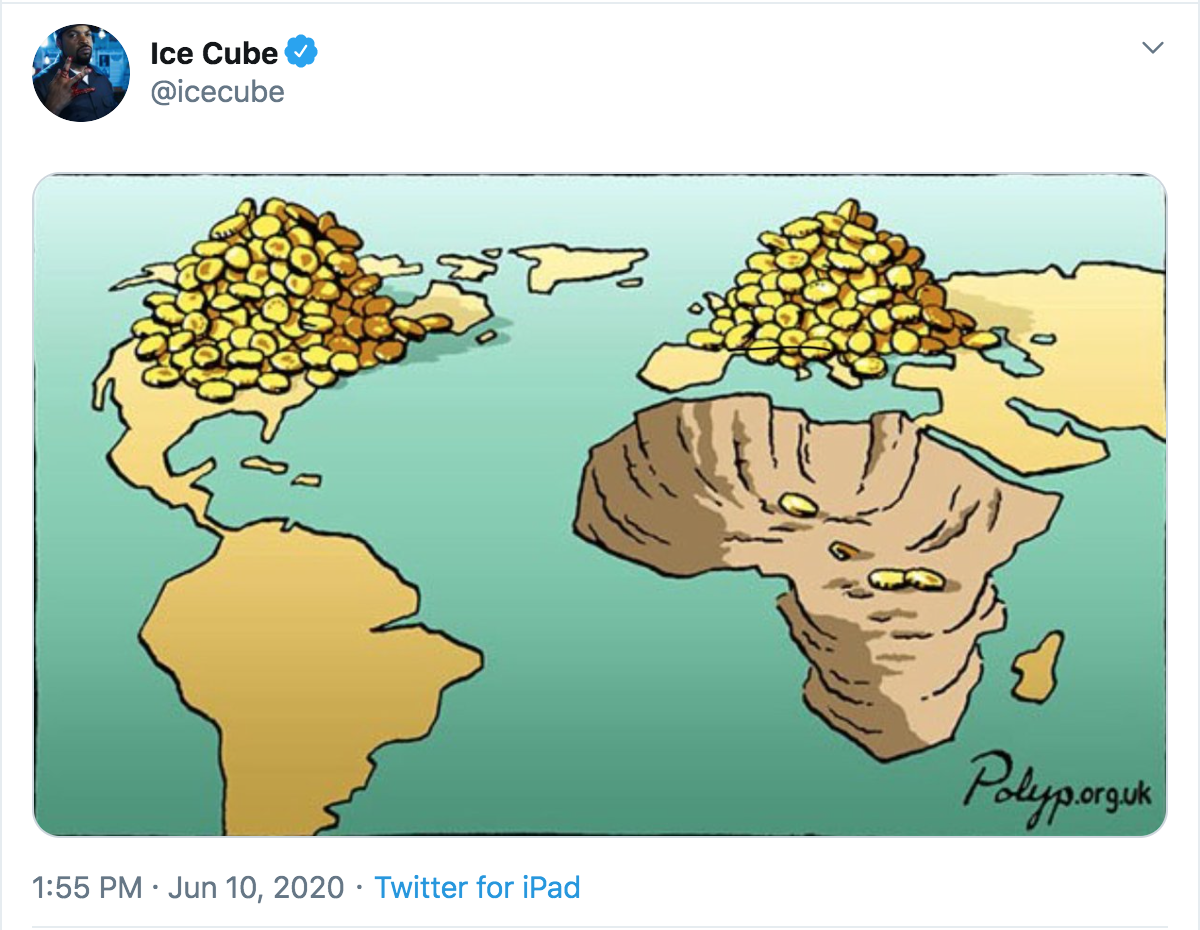 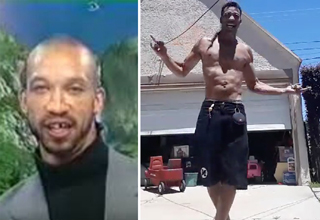 NEXT ARTICLE Wayback WHENsday: "The Spirit of Truth" Preacher Is Alive and Well