Youtuber iDubbbz, famous for his Content Cop series and most famous for his Tana Monague interaction in 2016, made a video defending his girlfriend's OnlyFans account which caused quite a frenzy with his fan base. He explains that OnlyFans is a place where users can upload their own amateur porn/nudes and charge a 'price of admission' to which he says he is, "totally cool with all of it"

Fans took to Twitter to share their thoughts on having a girlfriend who shares her nudes for thousands of guys to get off to. Fans were split on defending/attacking him, calling him a cuck.

"idubbbz is a cuck / simp and his GF is a slut. she probably has him by the balls. i don't respect him anymore" pic.twitter.com/fGzOR1g3Z1

How to describe the Idubbbz situation... PERFECTLY pic.twitter.com/iy3aWvEofP

This situation lead to retired Youtuber Leafyishere uploading his first video in over two years to his channel. Leafy was known for his reaction and gaming videos; this new iDubbbz video had nothing to do with him. This video is only 30 seconds long and simply calls iDubbbz a cuck and that Youtube is still shit.

It's interesting to me that after two years of high amounts of drama happening on YouTube, THIS is the video that caused Leafy to finally come back. Feels like he has a personal reason to attack iDubbbz. After all iDubbbz did release one of his most popular Content Cops roasting Leafy back in 2016. Perhaps there's more to this story than we know as of right now.

2016: Oh my god Leafy got DESTROYED by idubbbz, there's no way he'll recover
*4 years later idubbbz comes out as a cuck
Leafy: pic.twitter.com/yvjDG9yfoC

Tweets and clips from his girlfriend's own streams show that perhaps the relationship between Ian (iDubbbz) and his girlfriend isn't as one-sided and wholesome as it might seem on the surface.

idubbbz's gf simped harder for leafy than he is simping for her. Maybe he is a cuck pic.twitter.com/K9ixXLvFKt

The Idubbbz controversy isn’t about sex work it’s about his girlfriend being a terrible person. pic.twitter.com/9W7Kd5Xlaf

This is Idubbbz’s girlfriend by the way Bullying a girl who’s struggled with bulimia isn’t a cute look. pic.twitter.com/aafyCLWGX8

As this situation evolves, we are bound to see new videos from each reacting to reactions (God when does it stop?) but perhaps this tweet sums up the attitude we should all take towards this nonsense.

ok here is what you should take away from this Idubbbz thing.

1. you can criticize his girlfriend doing dumb shit but that's her problem not his

2. it's their relationship let them do what they want

3. stop being so emotionally invested in others lives you fuckin creeps 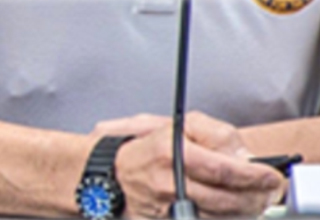