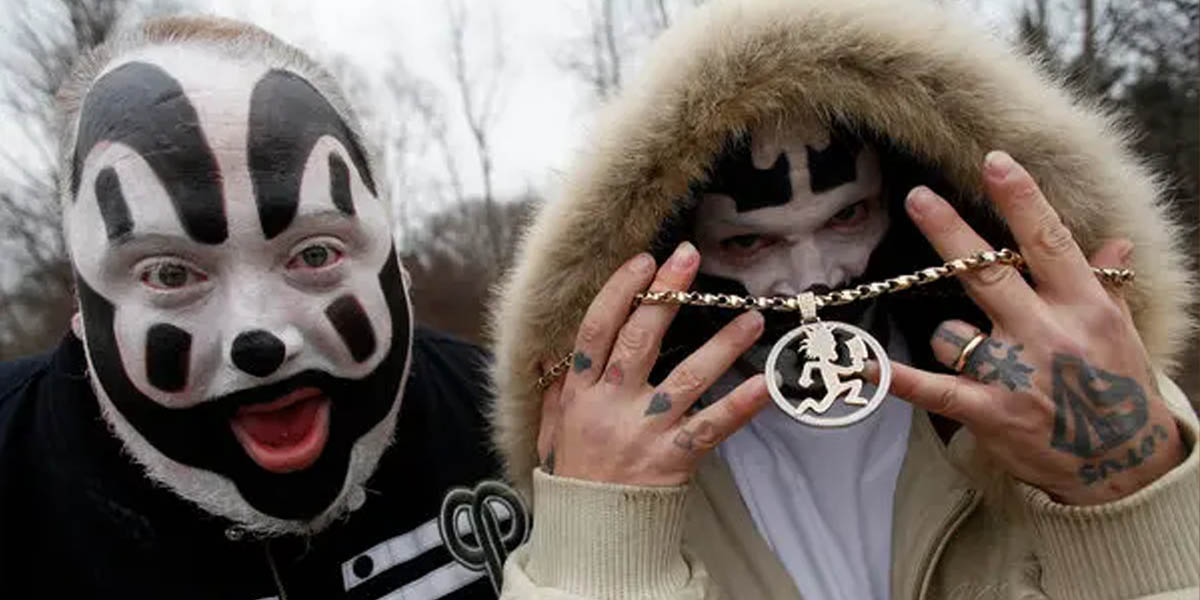 In a move that surely suggests our simulation is coming off the rails, rap group Insane Clown Posse and their army of followers (known as Juggalos) have somehow become the voice of reason during the COVID-19 pandemic.

Yes, the same group that features lyrics like "I don’t wanna talk to a scientist/Y’all motherf***ers lying and getting me pissed" and recently had one of their members telling people to eat "dirt snow" to strengthen their immune systems against coronavirus is now telling its fans to stay home and stay safe.

Something tells me Shaggy 2 Dope's remedy for how to combat coronavirus doesn't work ... pic.twitter.com/wwz4PyJyXH

The cancellation announcement was made in a lengthy statement posted to the group's Twitter account. Ultimately, the group declared that "the bottom line is simply that we REFUSE to risk even ONE Juggalo life by hosting a Gathering during these troubling times."

While it's sad to hear that we won't be getting "untold levels of freshness this summer," it's definitely a move that speaks well of the group's overall commitment to keeping their fans safe.

This announcement comes at a time when handfuls of "patriots" around the country are storming state capitol buildings to protest social distancing measures, and many politicians (including the President himself) are egging them on. Several officials have also come under fire for stating that potential spikes in COVID-19 death rates caused by loosening social distancing measures are a justifiable loss in order to re-open the economy.

It should be noted that this isn't an entirely partisan issue, either - many Democrats, including Presidential candidate/presumptive DNC nominee Joe Biden have also come under fire for not responding adequately to the crisis:

In general, Twitter was incredibly perplexed that ICP could ever possibly become the most reasonable voice on a complex global health issue: 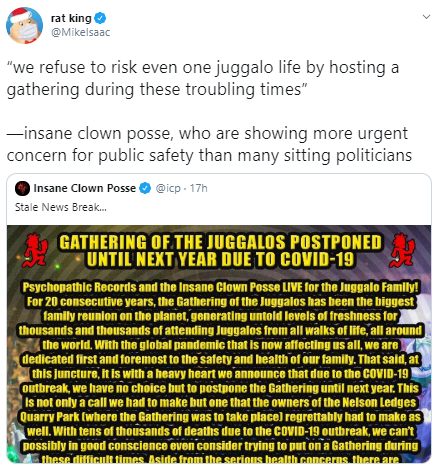 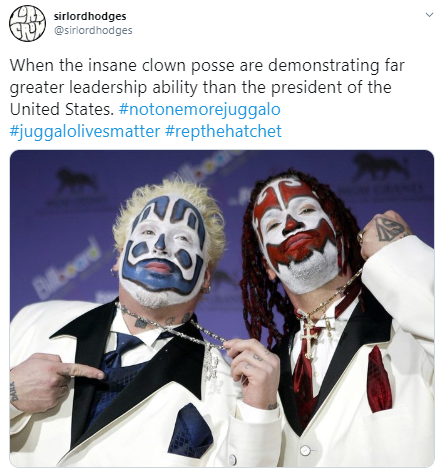 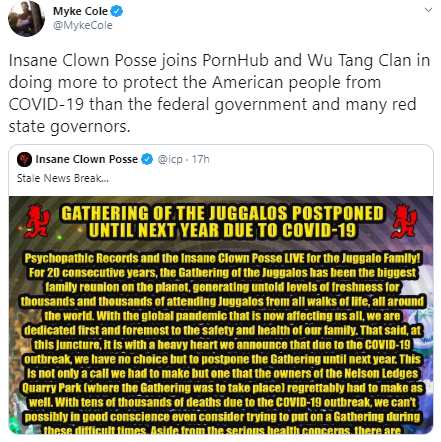 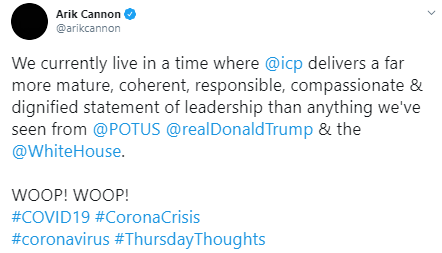 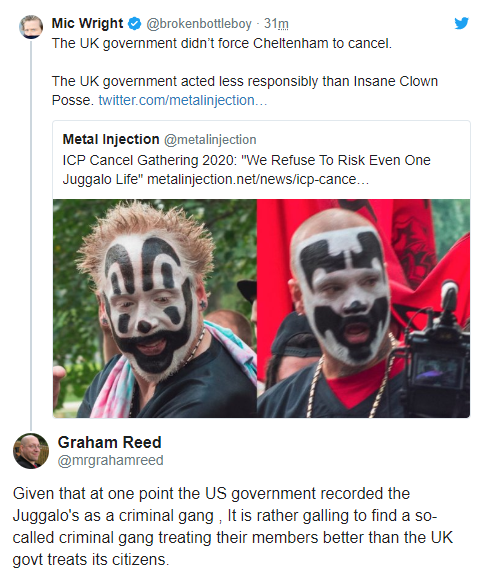 If you wanna check out some "untold freshness" for yourself, ICP recently released some new tracks to their "STAY THE F*** HOME" playlist on Spotify: 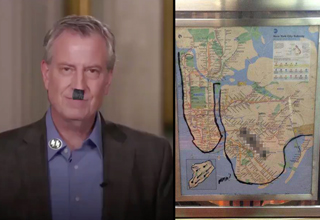