Leave it to the internet to mix up a deceased real estate mogul/murderer with a nu metal band singer who's alive and well.

Robert Durst became well-known in true crime pop culture in 2015 when HBO released the documentary, The Jinx: The Life and Deaths of Robert Durst.

It's pretty clear that this guy murdered multiple people during his life and in 2021 Robert Durst was sentenced to life in prison for the murder of Susan Berman, his longtime friend.

Fred Durst is the lead singer of Limp Bizkit, whose hits include:

So when Robert Durst died of natural causes on January 10th 2022, Twitter had a field day.

damn bro, Limp Bizkit was my shit when I was 14, this is sad news https://t.co/iO3cA9BHAd

I misread this as "Fred Durst" and was like "Nooo" pic.twitter.com/gosm528SK8

We then got some clarity.

Trying to figure out why Limp Bizkit was trending...

My faith in people is waning. ‍??

Apparently according to most of twitter, only one person in the world has the last name Durst and it's the guy from Limp Bizkit and he is now dead. We're all doomed.

Then of course the memes and fake RIPs started rolling in.

RIP robert durst limp bizkit won't be the same without u

More clarification for the people in the back.

Twitter seems to be full of people who didn't know the Limp Bizkit dude's name is FRED Durst.

THIS guy was a murderer. Different Durst. It's cool that this particular guy died. Fuck 'im.

You know Twitter was gonna bring the dad jokes.

I think I'll recycle my Fred Durst joke for this Robert Durst eulogy.

And that's enough internet for the day. We can all celebrate the fact that a convicted serial killer is now dead, and Fred Durst is alive and well, probably singing Break Stuff somewhere. 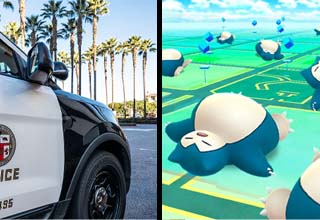