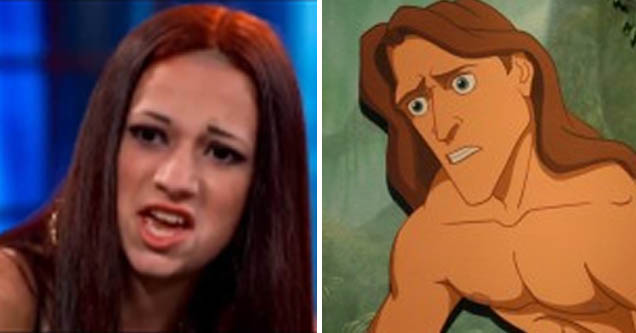 Rapper/internet celebrity Bhad Bhabie - who will in all likelihood spend her entire career being known primarily as the "Cash Me Ousside" girl - is in some trouble with Black Twitter after a video clip emerged of her comparing herself and her hood upbringing to Tarzan growing up with gorillas.

Ayo this bitch Bhad Bhabie compared growing up in the hood to Tarzan growing up with gorillas... pic.twitter.com/cKWrigrll4

Some folks argued that this clip was taken out of context and Bhabie's full video provides more clarity, but we'll let you be the judge of that. You can see the entire 9-minute rant here.

Regardless, the condemnation was swift and merciless: 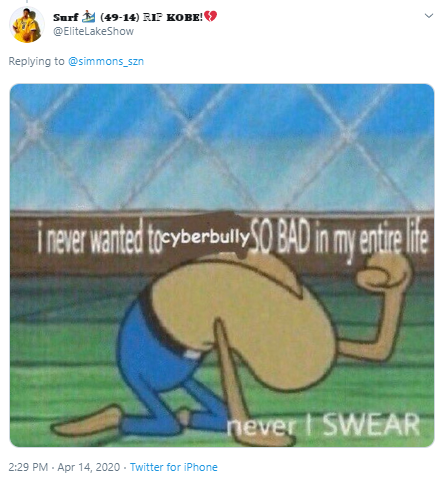 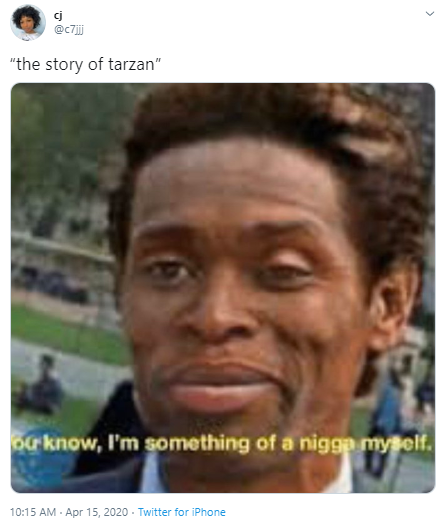 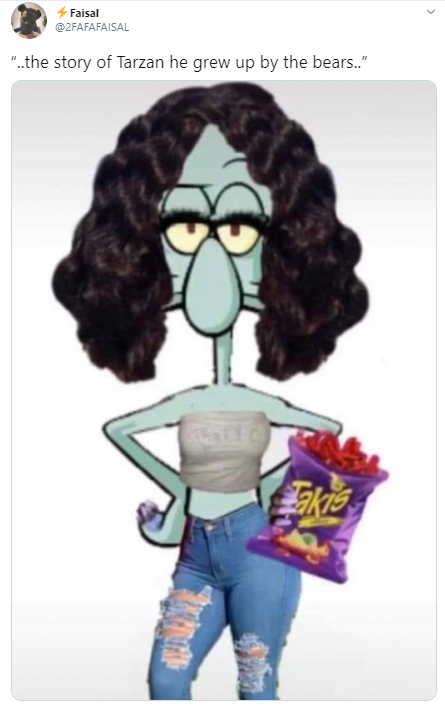 what bhadbhabie thought we were gonna do when she explained how her situation was like tarzan being raised by gorillas pic.twitter.com/84W3LDZc3Y 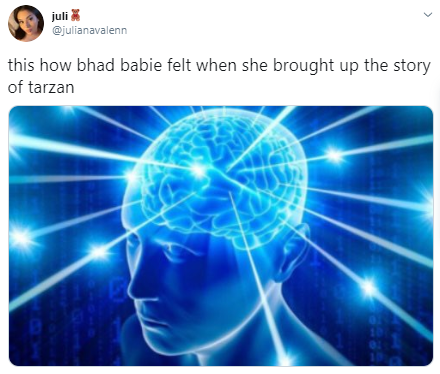 The clip got enough people talking about it that "Tarzan" was actually all the way up to #4 on Twitter's trending chart.

Tarzan to Bhad Bhabie after he sees why he’s trending on Twitter pic.twitter.com/fOhDbySvyA 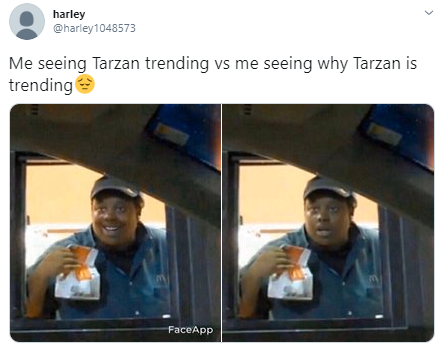 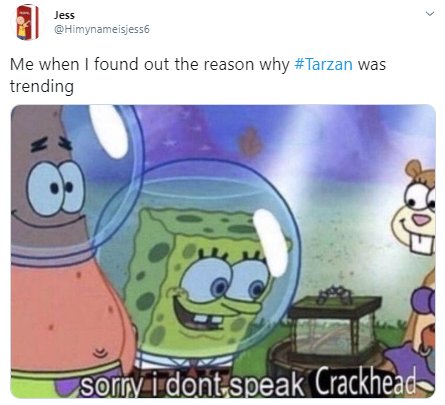 A lot of people were also understandably bummed that "Tarzan" wasn't trending due to some announcement from Disney about either the beloved animated film version from our childhoods or possibly a new release/sequel.

When #tarzan is trending and you were expecting Phil Collins but got bhad baby instead pic.twitter.com/yrB1T0See8 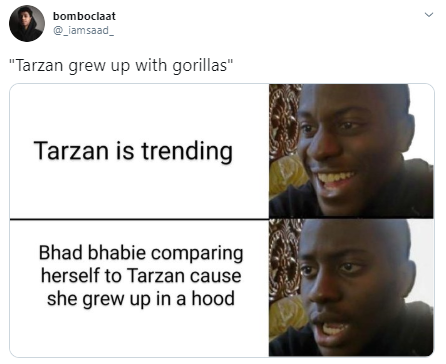 HIGHKEY thought Disney dropped a trailer for a Tarzan remake when I seen Tarzan in trending. The real reason got me like pic.twitter.com/pnnqoGX1oZ 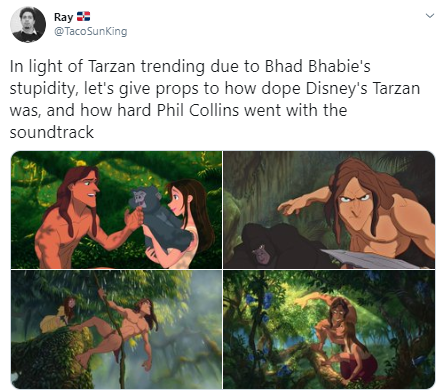 I couldn't agree more, so let's check that out to remove the Bhad taste from our mouths: 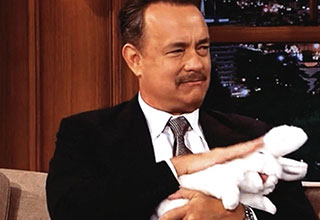