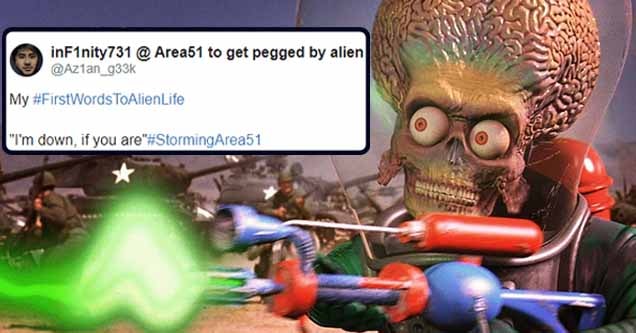 The raid on Area 51 has been inspiring hot takes and even hotter memesall summer long, and at long last, the day is finally here! Although the event's original organizers pulled out and threw their own music festival in Las Vegas instead, there were still plenty of people willing to show up at the gates of Area 51:

As of now, there hasn't actually been much storming of the gates, though there was a sighting of some random Kyle practicing his best Naruto run in the background of a live newscast from the event.

Naturally, Area 51 is all over Twitter's trending feeds today and here are some of the best tweets featuring the #StormArea51:

When you’re #StormingArea51 but you hear the guards saying “release him” and megalovania starts playing pic.twitter.com/JLqAAiewXE

Some interesting banners live from the scene at Area 51 #StormingArea51 pic.twitter.com/AW8gvwEqvR

The government having to dealing with the #StormingArea51 and #ClimateStrike pic.twitter.com/WfSj209q1u

#StormingArea51 Surprisingly the anti-vax kids are doing fine. They haven't been really effective, just kind of shuffling around with their essential oils. The desert is a sterile place. Oops, nope there goes one, scorpion bit him.

The aliens when they realise people actually came #StormingArea51 pic.twitter.com/qpKug4AiJF

All brands today: *sweating* *heavily breathing* How do we put aliens into our social media posts in a way that seems cool and nonchalant and not like we're trying too hard even tho we are trying ~ very hard ~ ? *heavy breathing intensifies* #LiveFromTheArea51Raid #StormingArea51 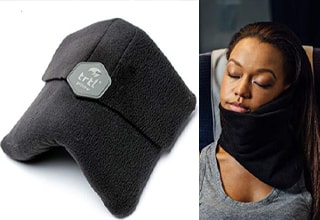 NEXT ARTICLE The TRTL Travel Pillow Shouldn't Be Comfy, But It Is