Buffalo Bills' 24-year-old safety, Damar Hamlin is in critical condition at the University of Cincinatti Medical Center after collapsing on the field during the first quarter of their matchup last night versus the Bengals. Before leaving the stadium CPR was administered, and the game was finally postponed after an hour-long delay.

But not before one of sport's most vile and disgusting commentators chimed in. Skip Bayless, known for his controversial opinions and clickbait hot takes, posted the absolute worst tweet of 2023 and it only took him 48 hours to do it.

No doubt the NFL is considering postponing the rest of this game - but how? This late in the season, a game of this magnitude is crucial to the regular-season outcome ... which suddenly seems so irrelevant.

Tone-deaf would be an understatement. This was no longer about football the second Hamlin began fighting for his life. But this is exactly who Skip is. This is his 'brand' if you will. Even after posting a BS apology, he still hasn't deleted the tweet. There's really something wrong with this human being. Reactions to the tweet came pouring in, most calling for Skip to lose his job. I think we'd all be okay with that.

all u care about is football when damar hamlin’s life is at risk. coming from u i expected more. this tweet is not. u of all people should know better bro.

I hope they fire you bro!!! For you to even THINK of the game is very sad.

This can’t be real.

You don’t deserve to be in the position you’re in! Absolute disgrace

You get the picture. The last we heard, Hamlin was still in critical condition according to the Buffalo Bills' official twitter account. We hope the young man makes a full recovery. Today is about healing, not football. 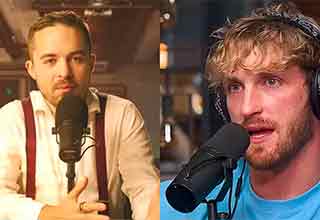