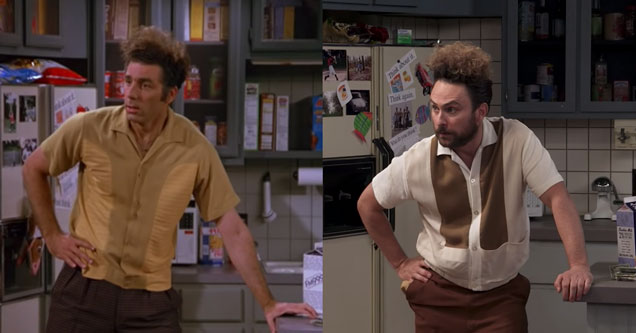 In a new episode of It's Always Sunny In Philadelphia that aired earlier this week, the gang did a clip episode. Only this wasn't your average clip episode, this was the gang's version of a clip episode. It was bizarre, it was unpredictable, and while it starts with actual clips, it quickly devolves into a fantasy sequence where Charlie marries the waitress and eventually lands in this scene from the Seinfeld episode "The Contest."

In this famous scene, Kramer notices a nude woman across the street from Jerry's apartment, which causes him to be the first one out of the bet.

In the It's Always Sunny in Philadelphia shot-for-shot recreation, George is played by Frank, Elaine is played by Dee, Jerry is played by both Dennis and Mac, and Charlie is, naturally, Kramer. 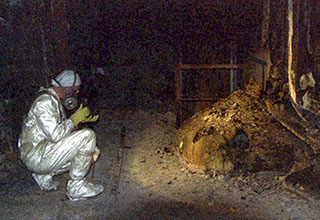 NEXT ARTICLE 5 Haunting Images You Wont Be Able To Shake