Instagram has banned the use of the hashtag "Jeffrey Dahmer" on their platform. It seems the release of the latest Netflix biopic, Monster: The Jeffrey Dahmer Story, has caused quite a stir both within the true crime community, as well as outside parties.

Instagram accounts have found that their attempts to use #JeffreyDahmer have been met with a message stating that the hashtag has been hidden. 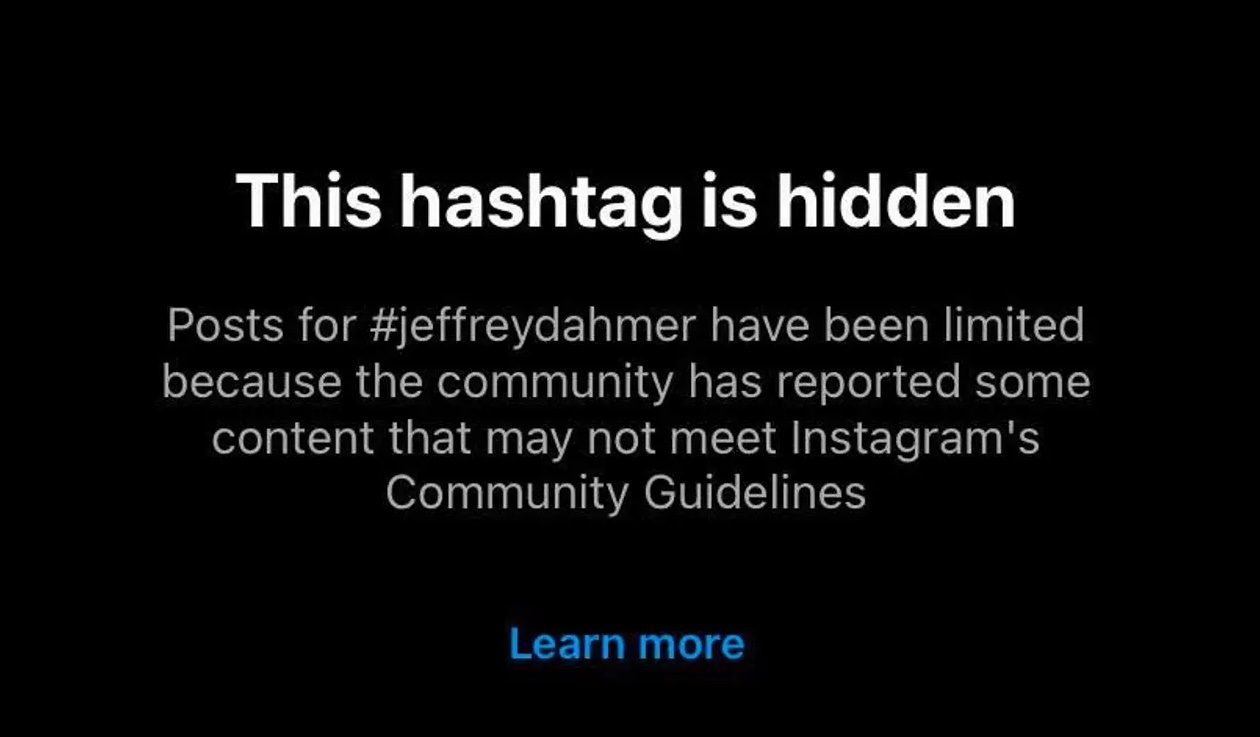 Although no specific accounts or posts have been mentioned, the message does say that the content reported does not meet community guidelines. This update also comes on the heels of multiple victim's families speaking out over the Netflix series fetishizing and glorifying Jeff Dahmer.

We can only speculate that Instagram's censorship was in part due to respecting the wishes of those families. Multiple outlets have reported that family members are being re-traumatized all over again by the show.

Rita Isbell, the sister of Errol Lindsey (1 of the 17 Dahmer victims) claims that Netflix never notified her family about the show's creation. Even though they recreate Rita's victim impact statement verbatim in a later episode. 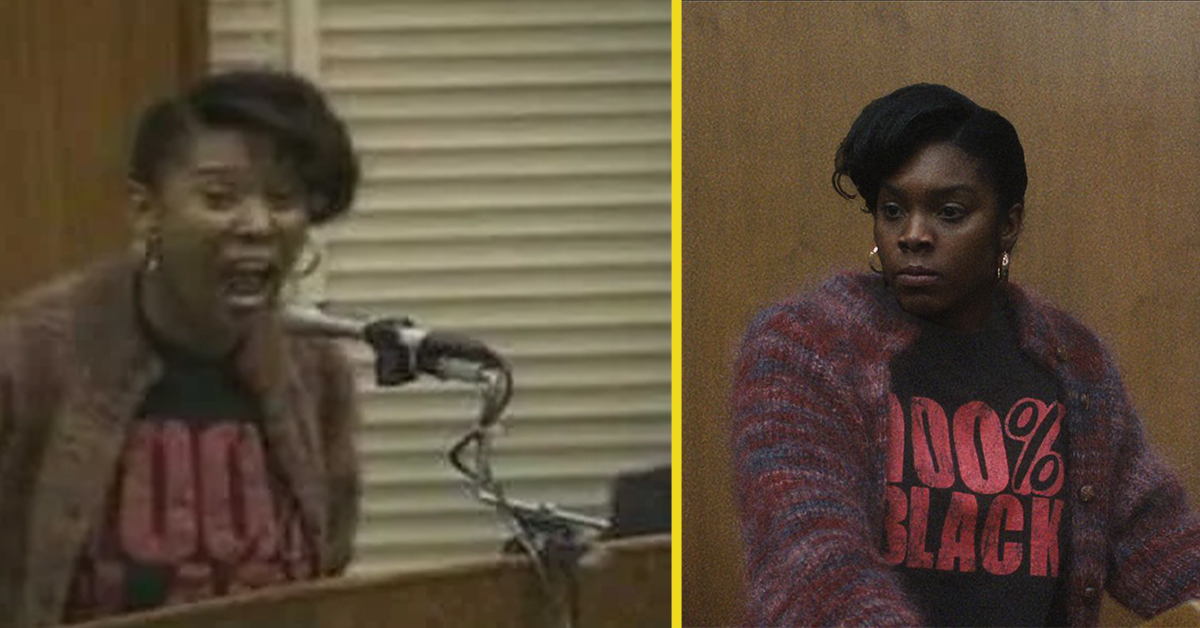 The backlash was clearly enough to influence Instagram's decision. Although Jeffrey Dahmer's name has been hidden from hashtags, it's not stopping the internet from using multiple variations. 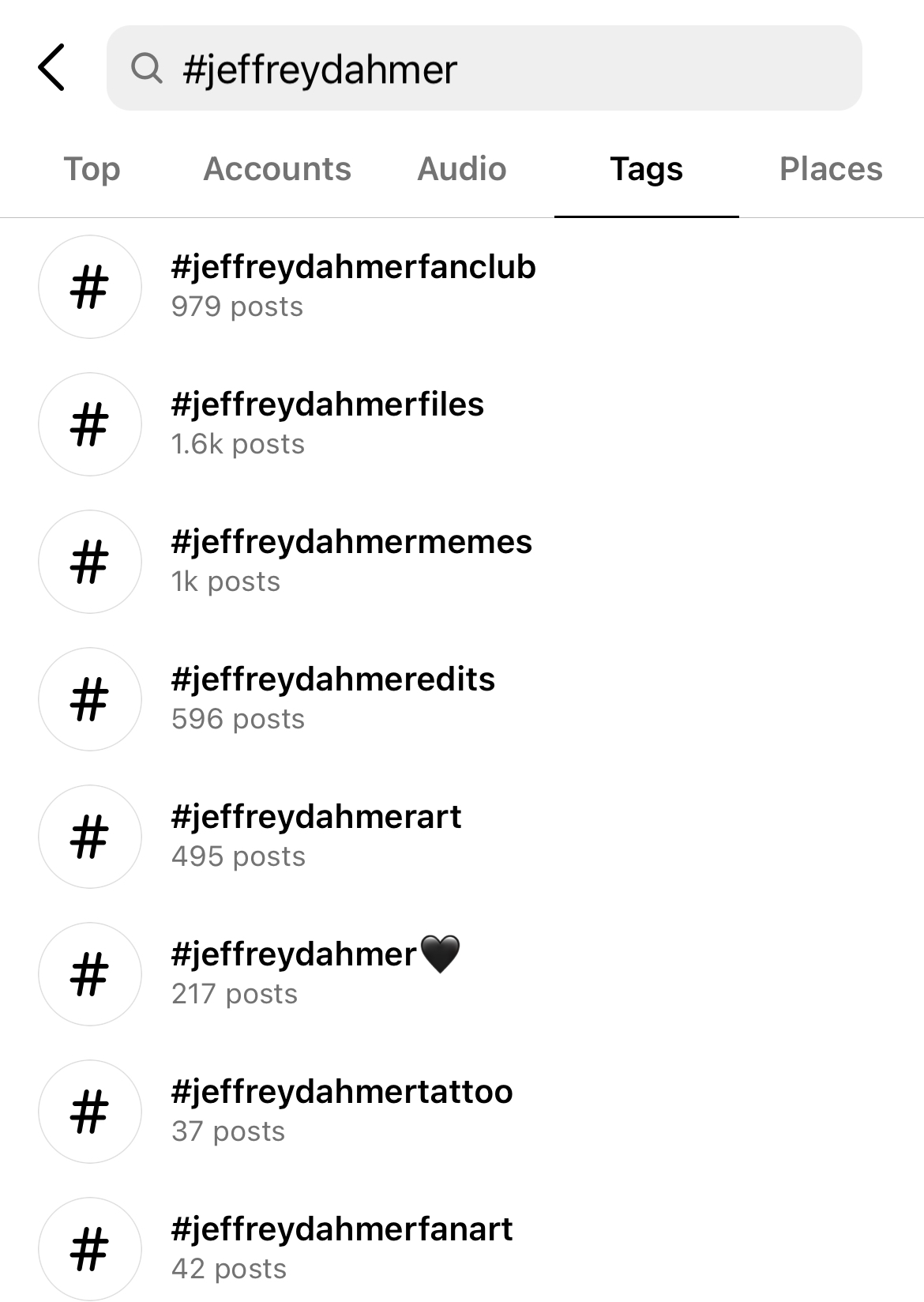