Actress Jennifer Coolidge left the stage with a bang last night when she was cut off from her acceptance speech at the 74th Emmy Awards. Known for her comedic roles in movies like Legally Blonde, and American Pie, the entertainer is loved for her personality and timing.

Winner of Outstanding Supporting Actress in a Limited or Anthology Series or Movie for The White Lotus, the 61-year-old actress refused to leave the spotlight, basking in her moment for as long as possible.

Jennifer Coolidge deciding to dance when the #Emmys attempted to play her off is a truly perfect moment pic.twitter.com/bBkOykRMZA

Recounting her day in her speech saying, “I took a lavender bath tonight, right before the show and it made me swell up right inside my dress,” pointing out her curvy body.

I seriously want to know what producers thinks their dumb, scripted banter and bits are more entertaining than Jennifer Coolidge giving an acceptance speech. At least they left Sheryl Lee Ralph alone. #Emmys

When the closing song starts to play, she gasps with her Coolidge charm “No, this is a once-in-a-lifetime thing and I’m full!” once again sending her audience in roars.

Jennifer Coolidge spending the last 10 seconds of her speech saying “wait, hold on” and then dancing to “Hit the Road Jack”? Give it another Emmy.

As the final get-off-the-stage-song begins, an instrumental track of Hit the Road Jack, Coolidge yells “Wait, hold on! Okay?” and busts into dance with classic Coolidge pursed-lips. 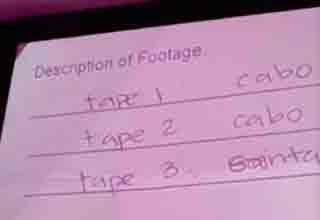