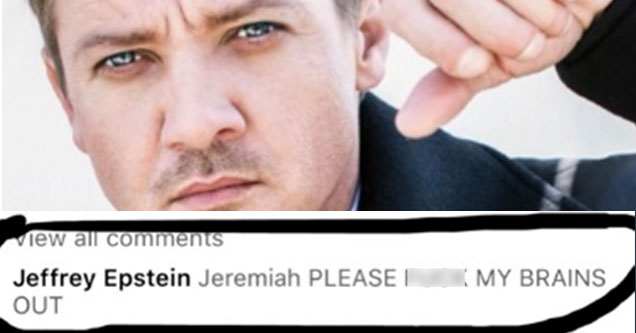 In recent bizarro internet news, the Jeremy Renner App is being permanently shutdown amid an influx of trolls and spam accounts that in the words of Hawkeye himself, "have totally jumped the shark".

The Jeremey Renner App, according to Know Your Meme, was a "free mobile app which serve(ed) the purpose of Hollywood actor Jeremy Renner connecting to and interacting with his fanbase." The app from the beginning was strange, like so strange that people didn't really know what to make of it. And so, people abused it.

And news of the apps shutdown broke today as the Avenger posted this message on social media in response to all the trolling that had been taking place. 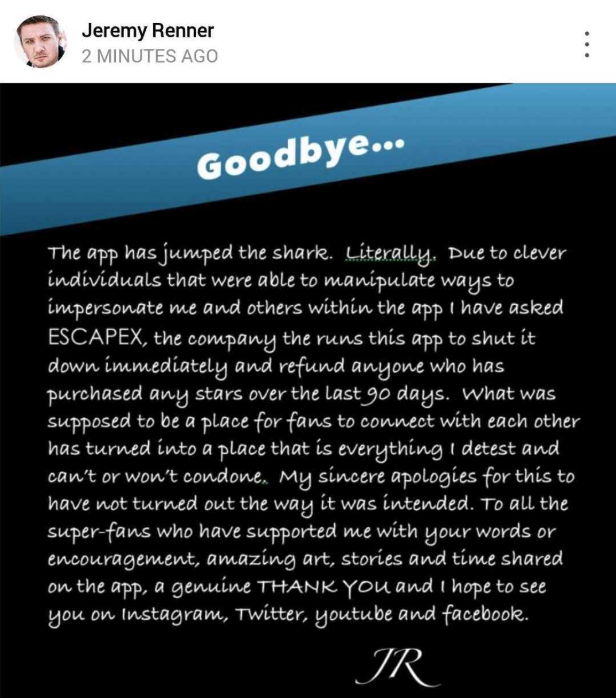 The app was released in 2017 and had a pretty good, albeit, strange life span. The purpose of the app for fans to directly connect with Renner was simple in it's format, where Renner would post images and videos of himself in a main-feed which could be commented on by his fans for Renner and others to see. But after two-years, things began to take an odd turn. 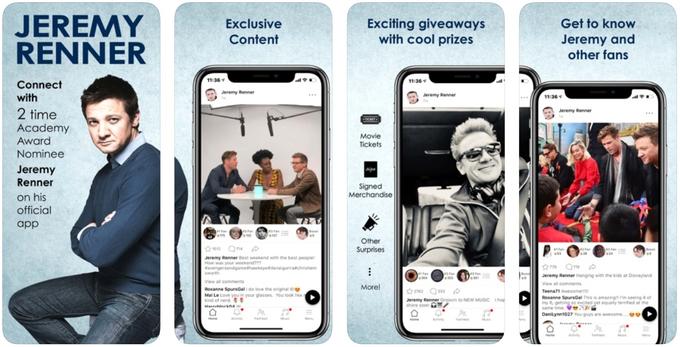 So instead of people posting nice messages for Jeremey, they began to post crude and gross messages, which eventually became too much for the man known as Hawkeye to see. 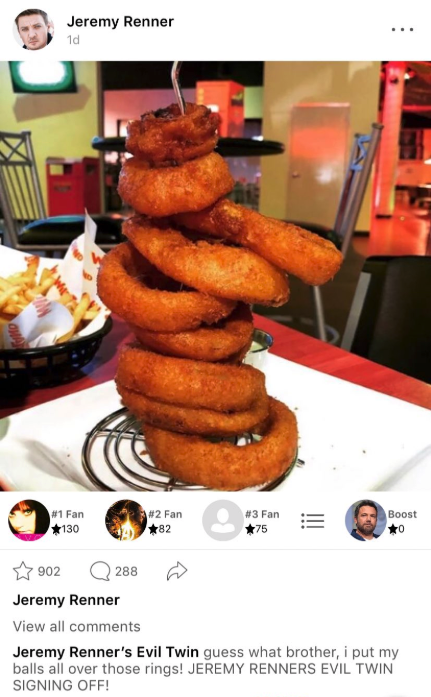 So in the spirit of trolling and being childish kids ourselves, here are some of the best posts from the now deleted Jeremy Renner App. Enjoy! 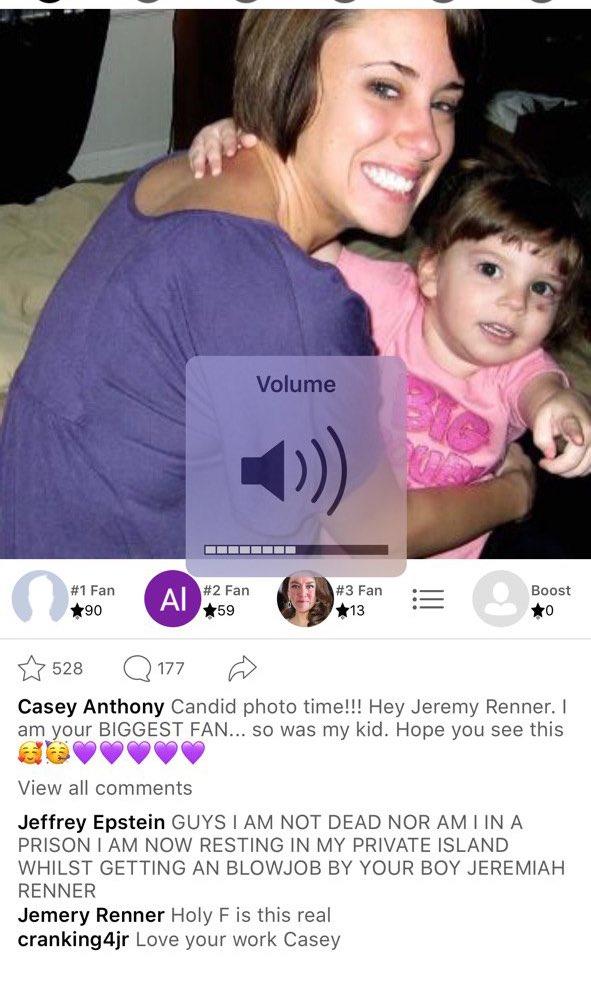 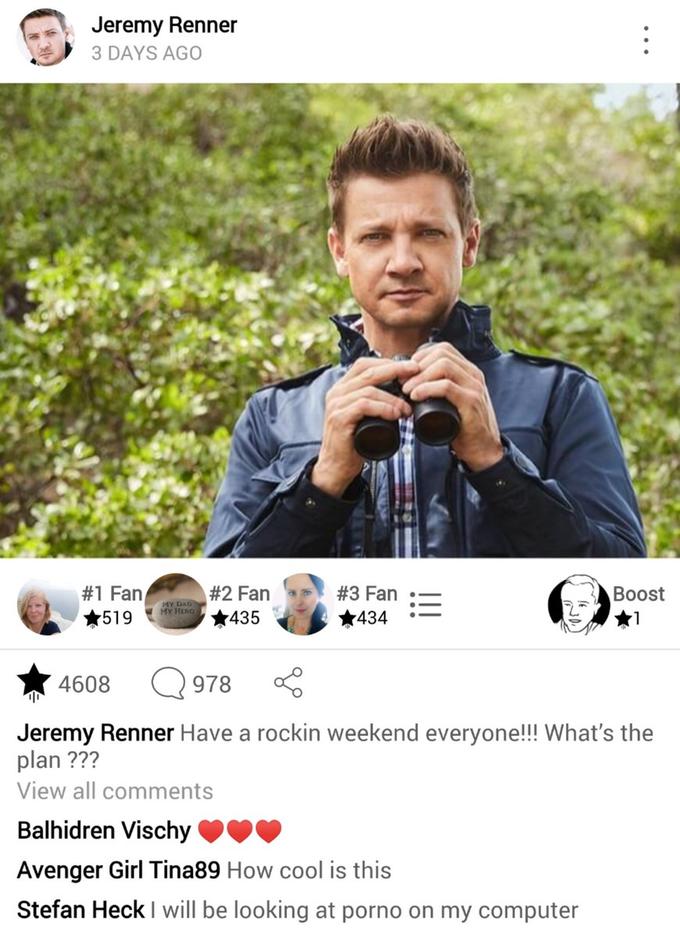 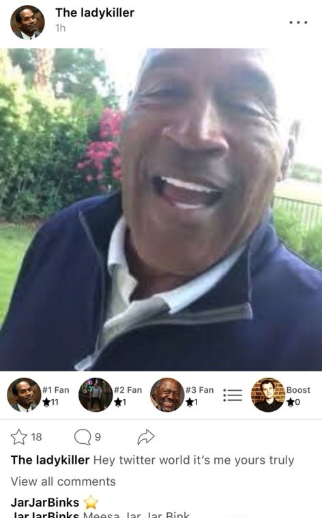 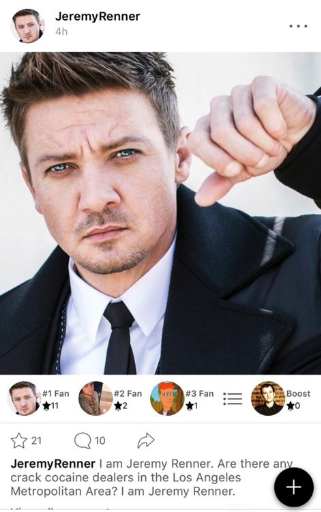 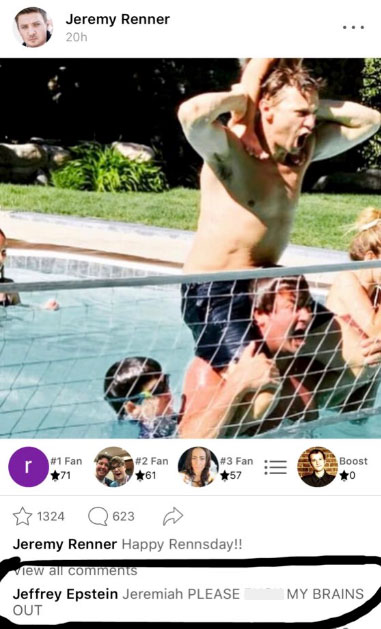 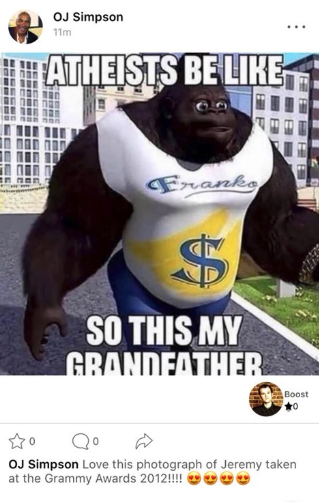 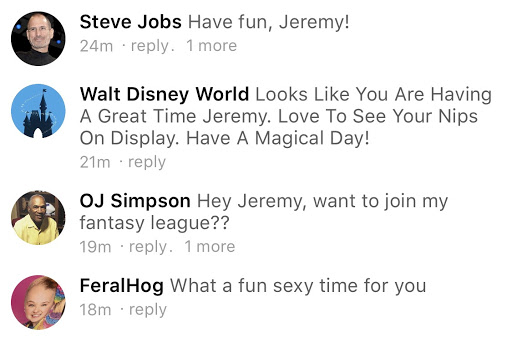 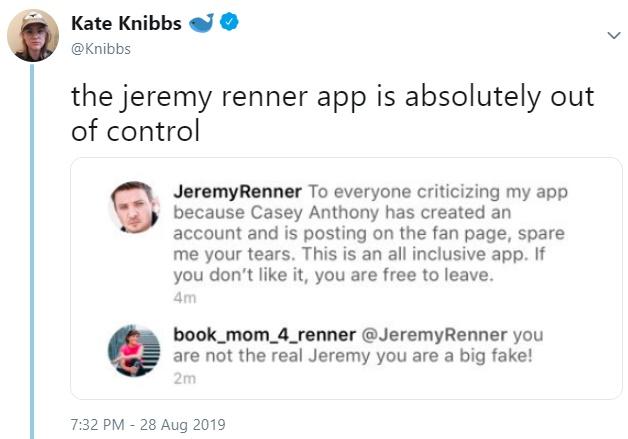 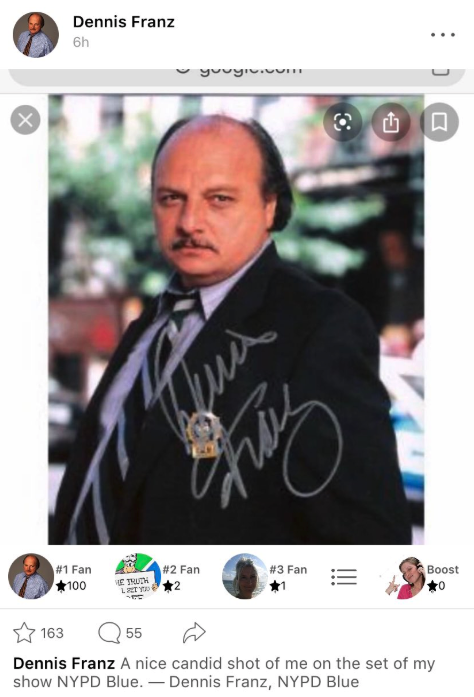 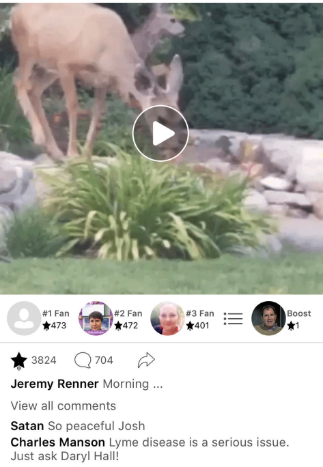 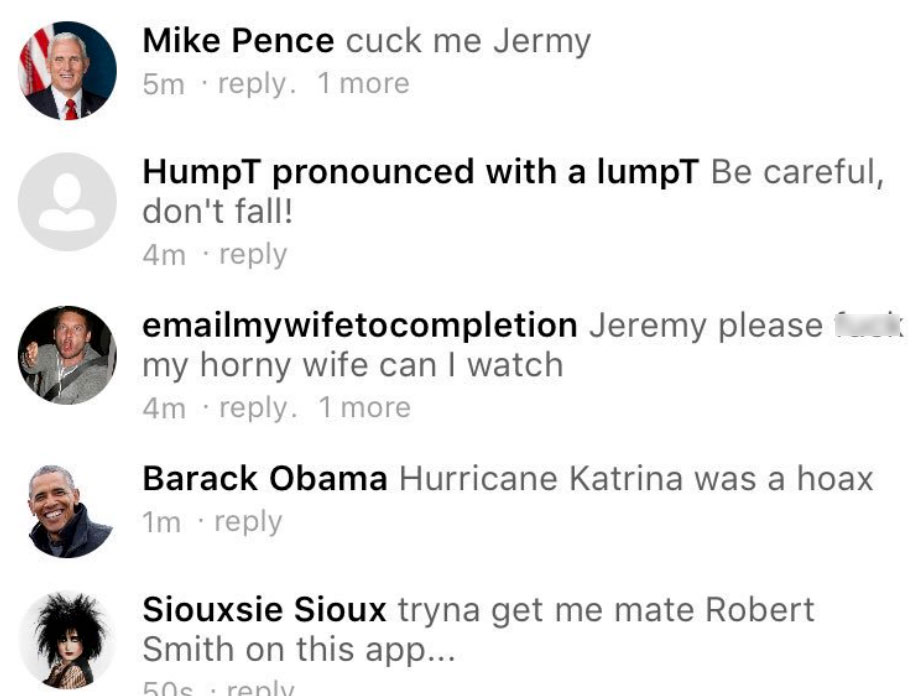 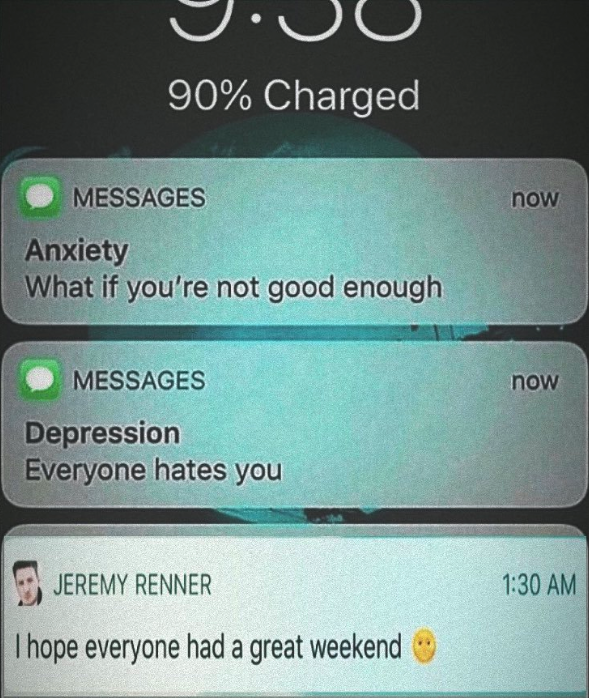 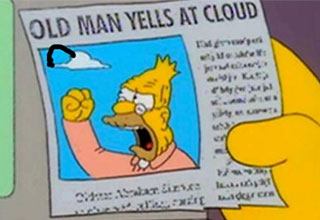