A jury has ruled in favor of actor Johnny Depp in his defamation case against ex-wife Amber Heard. Justice has been served, and Depp has won his case. Depp has been awarded a total of $15 million in compensatory and punitive damages.

More than anything, we're happy to see that Johnny Depp cleared his name, and can get his career back on track. The internet obviously had some thoughts on the verdict.

A win for the home team!!! https://t.co/pL5oBnGUNq

She lied. And the most upsetting part is women like her give stupid ppl ammunition to not believe actual victims of DA and SA. https://t.co/9ZQtaBy4JN

I teach media law including copyright, defamation & DMCA & I’m an expert witness for litigators in court cases (true story). The KEY variable in this case was Disney admitting that they let go of #JohnnyDepp from the Pirates franchise just days after #AmberHeard’s editorial. https://t.co/xCXQhIIrca

It became evident during the trial that Depp had already won in the court of public opinion. The actor had fans showing up daily, and the internet was in full support. However, others still aren't convinced that Heard was in the wrong.

the jury, johnny and his ugly ass daughter goin to hell https://t.co/FvDpkU6feJ

High court of UK has deemed him a wife beater but she cannot talk about it bc that is defamation.... This is one big joke cmon now https://t.co/WqlCjXJt7v

I'm glad I don't have to hear about these two anymore, but I'm not excited for all the small brained idiots who are going to act like this is a "victory against feminism" https://t.co/axddK5RndU

Aside from the Amber Heard truthers, all of the reactions seemed to be pretty positive. Everyone is either super thrilled for this very public trial to over. Or just genuinely happy that Johnny Depp can focus on his career (and his life) again.

That being said what Amber Heard has done is dangerous, but she's also set a precedent in which men can also be victims. In that light, we wish nothing but the best for Johnny Depp moving forward. 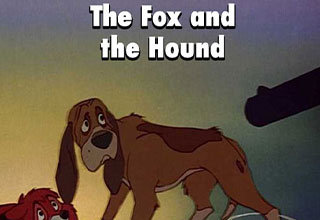 NEXT ARTICLE Movies That Bring Grown Men to Tears