Andy Ngo, and editor for a center-right online publication called Quillette, was in downtown Portland covering the clashing protests when he was taken to the emergency room after he was struck in the face by alleged members of AntiFa on Saturday. Below is the crowd of protesters moving through the streets and chanting "no bro boys, no KKK, no fascist USA".

Just a few minutes later, Ngo was filming in the crowd when a man in a hoodie threw a punch striking Ngo in the face. A persone behind Ngo sprays him with what looks like silly string and is the recipient of a "milkshaking".

Milkshaking is the practice of pouring dairy-based beverages on right-wing politicalfigures as a statement of protest. Online, the ethics of the practice have been widely debated regarding whether it should be considered a form of assault or violent protest - via KnowYourMeme

The tweet of the incident with a video is below, as well as Ngo's tweet after the incident where he tells his side of the story, and says that a goPro was stolen from him during the attack.   Later in the day Ngo tweeted from the emergency room where he received treatment for his injuries.

First skirmish I’ve seen. Didn’t see how this started, but @MrAndyNgo got roughed up. pic.twitter.com/hDkfQchRhG 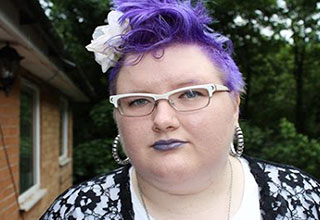 NEXT ARTICLE Woke Language Has Turned People Into Pathetic Losers