A Kansas City bar has taken the high road after an NFL quarterback's brother caused a scene in person, then on social media.

In a now deleted Instagram story, Jackson Mahomes called out a Kansas City cocktail bar. This after a confrontation where Jackson, along with his very large party were denied seating.

SOT Bar then took to Facebook to explain their side of the story. In addition to absolutely scorching the Chiefs' star QB's kid brother.

We are sorry that we set boundaries that you tried to ignore. Often times people with un-earned status and a sense of entitlement think they are above the rules and will lash out at the employee enforcing them.

Apparently there was 'lashing out' on Mahomes' part, and are we really that surprised? SOT continues.

We are sorry we could not seat your very large group. As you probably saw, our bar is very small.

We are sorry that you have the reach that you do, or at least that you think you do and that instead of using it for something positive you decided to use it to try and crush a small business.

And then the knockout punch.

We survived a global pandemic, we’ll survive your ego.

We're starting to see a pattern with this grown adult, born into a silver-spoon family, acts like a petulant child Jackson Mahomes figure.

Lest we forget him dumping water onto Ravens' fans after a Chiefs' loss earlier in the season.

Or that time he danced on the late Sean Taylor's number for a TikTok video. Sean Taylor was murdered in an armed robbery at his home in 2007.

Jackson Mahomes was seen here dancing on the Sean Taylor “21” logo which was chained off to begin with.

This should infuriate everyone, this is disgraceful. pic.twitter.com/7puweqqOuM

It's disgusting. The SOT Bar incident is just another example of entitlement from an already spoiled kid.

Good on SOT. I'll definitely be stopping in for a drink the next time I'm in Kansas City. 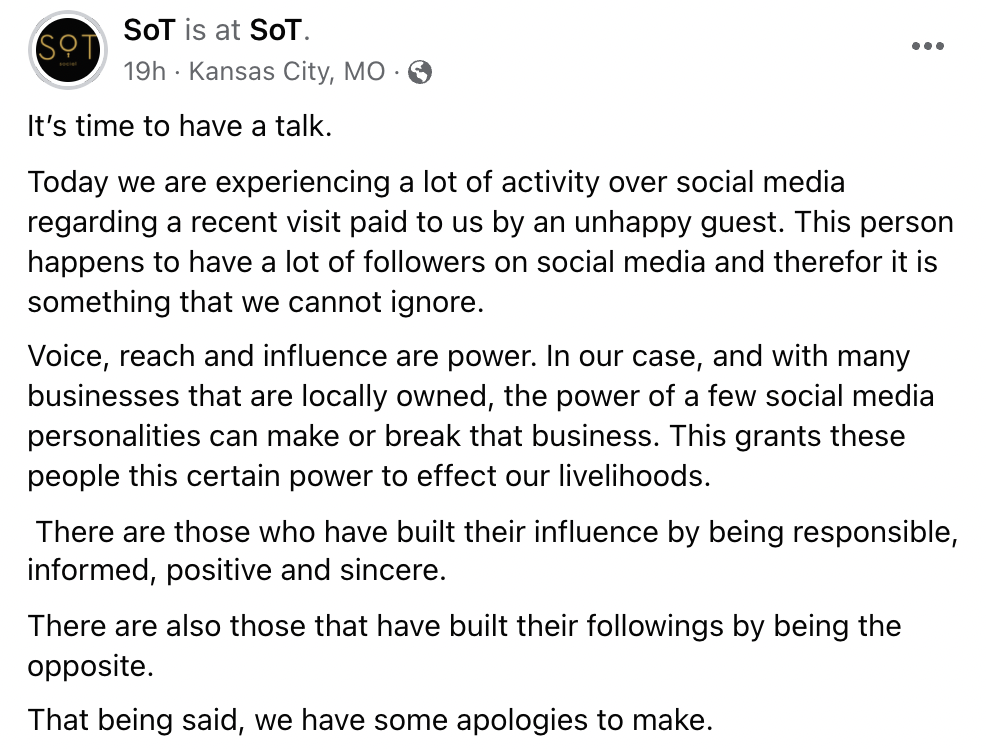 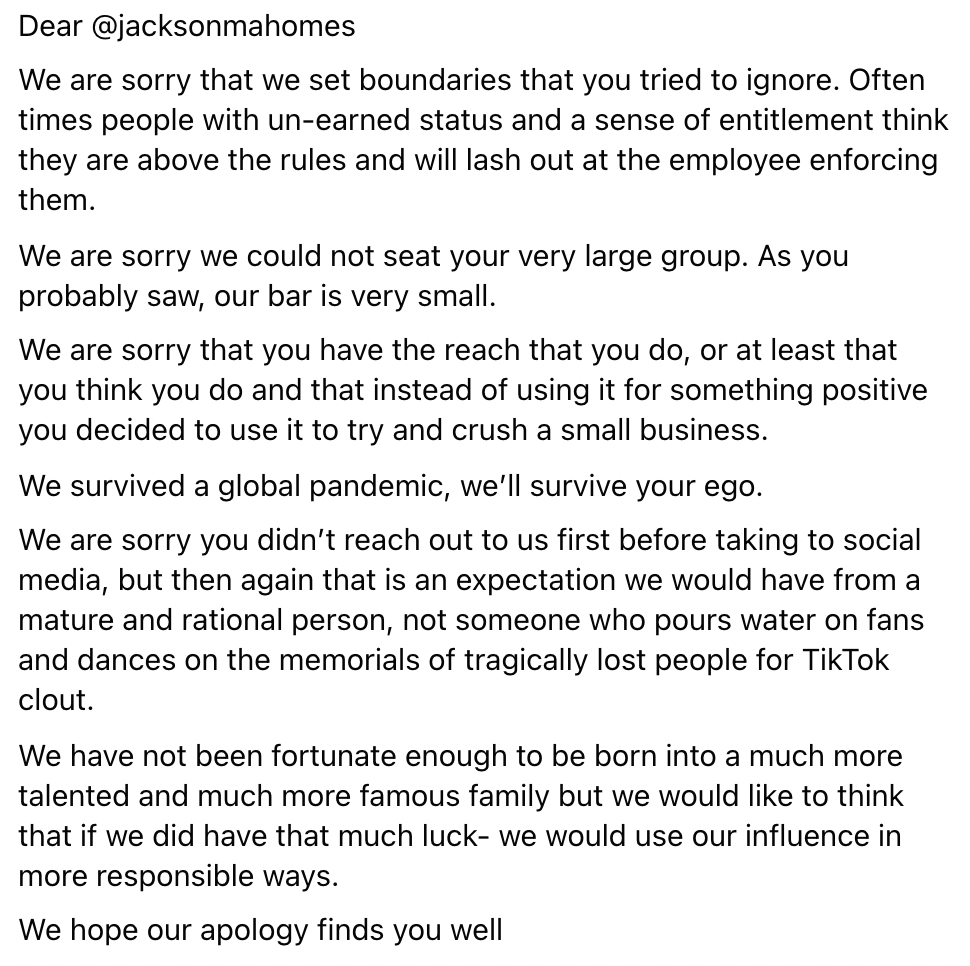 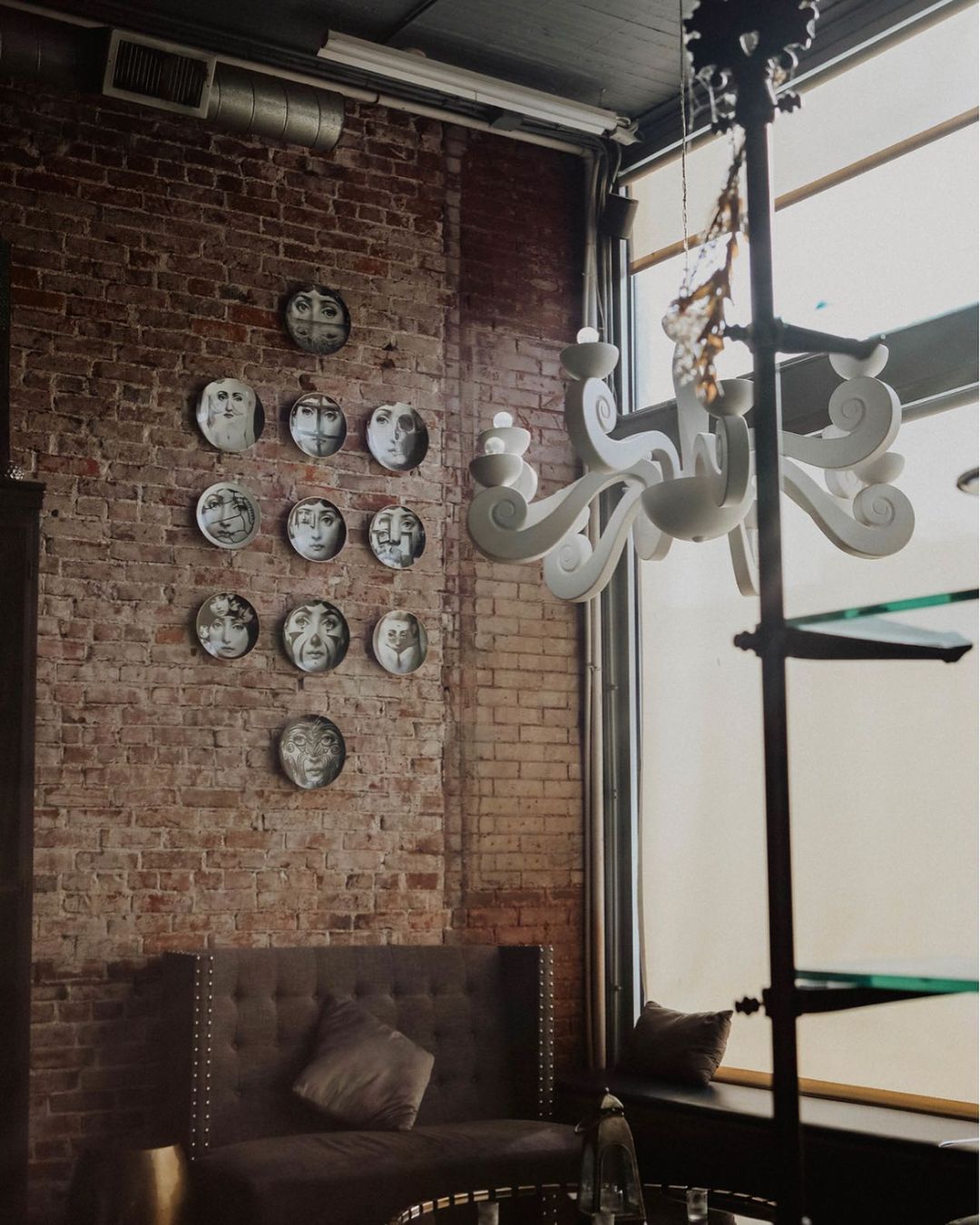 SOT then posted an updated (more sincere) apology. Maybe Jackson Mahomes can take a few pointers from them. 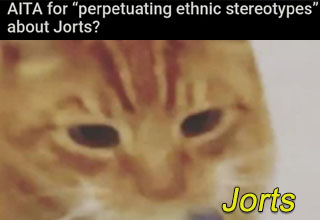