If it seems like the constant barrage of Kim Kardashian/Pete Davidson/Kanye West news is never-ending, you're not wrong. Kim is once again in the hot seat after a recent interview with Variety. The celebrity gave her opinion on women in business and stated that they need to get up and work.

The quote was immediately met with backlash. And for good reason.

“I have the best advice for women in business,” Kim says. “Get your f*cking a** up and work. It seems like nobody wants to work these days.”

She then doubled down. Bragging about how the Kardashians all 'made it.'

And just to clarify...

“With all respect, and with love, I’m not, like, being a bitch.”

After she shut her mouth, the internet started up the car and began dragging.

No, I have the best advice, be born into a rich family, get a shit ton of plastic surgery, film and then release an orchestrated sex tape, parlay that planned noteriety into a "reality" show exploiting younger sisters and...viola! Easy peasy https://t.co/NysDvZyv5d

Comedian, David Cross makes a fantastic point. I'm sure I'd have much more motivation to 'get off my a** and work' if:

-My father was a famous celebrity attorney.

-My mother was an ultra-successful business woman.

-My step father was a gold-medal olympian.

-I was stylist, assistant, and friend to Paris Hilton

-I made a wildly viral sex tape that catapulted me into television and fame.

Holy shit, just took a bathroom break after typing one sentence in Google Docs and Kim Kardashian appeared out of nowhere and beat me up.

Honestly, what would we do without the internet to roast celebrities.

Kim Kardashian: Nobody wants to work these days.

As someone who has worked in customer service in the past, as well as in a limestone mine for three summers...Yeah I can confirm that maybe Kim was out of line.

Life is hard all around. 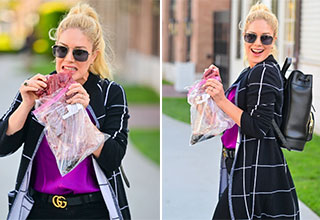