Yes, King Charles was born with a silver spoon up his a**. Money has been practically pouring out of those enormous ears his whole life, with a personal net worth estimated to be around $500 million, and now as King of the United Kingdom, oversees a royal collection of assets worth $42 billion.

That’s not his fault though, right? He was born with it, and you can’t fault someone for what they’re born with. But, Charles doesn’t have to be an absolute dick about it.

Where the fuck is my servant? pic.twitter.com/nQuVxy5VMg

A video bounced around the internet where the new King has been asked to sit down and sign one, maybe two pieces of paper. Simple right? How could anyone be an asshole in such a short window, with such a dumb task? Enter His Royal Majesty Charlie Three.

The new monarch can’t be expected to lift a little box of pens, which we assume weigh in at about 500 pounds. The crazy thing is he puts way more effort into getting the attention of his servants to move them - then it would’ve taken his golden little inbred wrists to just lift the thing.

Better yet, just learn the names of the servants Charles! Why do you communicate like a traffic cop?

Another video surfaced of Charles struggling with a pen. You’d think if your whole life is mainly cutting ribbons and signing shit, you’d be an expert. But to Charles, it’s like rocket science.

"I can't bear this bloody thing!": King Charles' signing ceremony at Northern Ireland's Hillsborough Castle made one thing clear – even royalty can't escape the frustration of an inadequate pen. pic.twitter.com/nzygNTLslX

He yells out “I can’t bear this bloody thing!” in classic whiny, Ron Weasley fashion.

On top of being a dick, King Charles is just plain weird. For years, there’s been a rumor that he eats multiple soft-boiled eggs a day. He also has a car that uses expensive English wine as gas. If you really want to be weirded out, check out this video of him breakdancing

Actually, that last video is super endearing and cool. God Save the King! 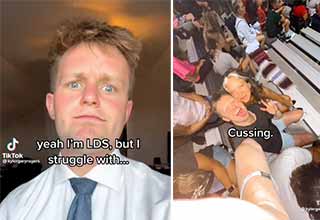