we were just trying to play i guess were adults pic.twitter.com/7RaLogxV2C

this was the park that has NO age limit & is public lmao pic.twitter.com/rFm28l8bFt

We have received numerous mentions & messages regarding a woman in a park claiming to be "PD" & using vulgar & inappropriate language toward youth & children. She does NOT appear to be a #FortWorth police officer.

We thank everyone who brought this to our attention.

#UPDATE
In regards to the video that was captured on Oct. 16 at 3:41 p.m. at the Dream Park located at 2001 University Dr. in Fort Worth: It has been confirmed this person is NOT a FWPD officer, but a possible local resident. We are actively investigating this incident

for several potential criminal charges including Impersonating a Public Servant and Disorderly Conduct. We #ThankYou for all the tip & messages we received. 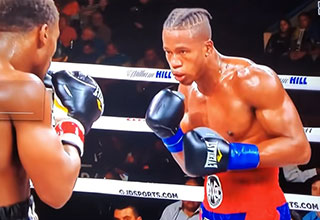 NEXT ARTICLE Patrick Day Has Died After Having Emergency Brain Surgery