The European Organization for Nuclear Research (CERN) recently announced they will be starting up their Hadron Collider ten years after discovering the Higgs boson. However, this has caused quite a stir on the internet as people believe starting the system once again will spell doom for humanity.

The last time the collider was turned on was in 2019. CERN has decided to start colliding particles at an accelerated speed again in their pursuit to uncover the mysteries of our universe. On Tuesday, July 5, it will run twenty-four hours seven days a week for the next four years. At an amazing 13.6 trillion electronvolts, the collider will send two proton beams in opposite directions at the speed of light in a 27km ring 100 meters underground.

People worried that CERN is gonna open a portal to The Demon Dimension or whatever, as if we deserve anything that cool

Thousands of scientists will record the collision of the beams to probe for dark matter, dark energy, and other fundamental secrets of our universe.

However, the internet has its own idea about what the collider will be used for. A woman on TikTok claims that drinking on July 4th will put people at risk of "falling behind" in the new timeline as the collider is going to alter our timeline and send us into a new dimension. 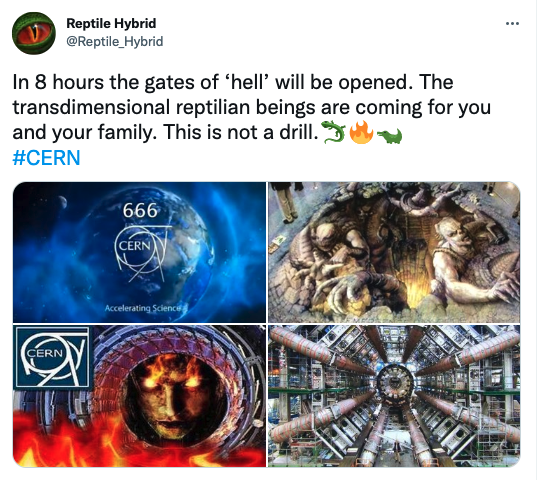 The woman said in her video, “Do not drink. Keep your good vibrations high, and surround yourself with positive energy during July 4th and 5th. A lot of people think the last time CERN was turned on, we were shifted to a different timeline and reality. So it is very, very important you keep your vibrations high because this time they’re going to be turning it on and moving it much faster. It is powered by negative matter, negative energy, and any negative thought you’ve had gives power to this machine. I believe when this is turned on, there will be an actual shift, and people will be left behind for the next seven years.”

DO NOT drink on July 4th pic.twitter.com/HtCPd15lgm

Others believe the proton collider is responsible for many things that have happened in recent history including the overturning of Roe v. Wade.

Ok but do you think we are gonna jump into a parallel universe tomorrow when CERN turns on the machine again? (Last times were 2012 and 2019) #cern #ohshit #MandelaEffect

The proton beams will be decreased to less than 10 microns thick, as a reference human hair is 70 microns. This will increase the collision rate and give a more accurate reading and understanding of the Higgs boson.

After this run, scientists will start up again in 2029 increasing the number of detectable events by a factor of 10. And plan to build another circular collider that will reach upwards of 100 trillion electronvolts.

However, the experiments are just beginning so good vibes all around, please, or we will fall into yet another alternate timeline... 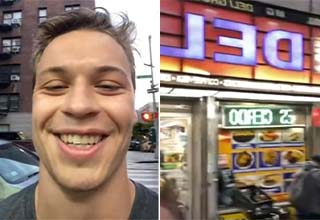