The entire Vegas strip and the surrounding area flooded on Thursday night after heavy rain. The city put out a warning of flash floods as buildings, restaurants, and homes began being submerged underwater.

The official City of Las Vegas Twitter account put out a warning during the event and posted a video of the approaching storm.

Video I received from an employee working near the sports book at Circa. Clean up after flooding that just occurred. You definitely don’t see this everyday. @8NewsNow #8NN

Video sent to @8NewsNow shows flooding inside Planet Hollywood on the Las Vegas Strip after severe thunderstorms moved through.

Videos were shared on social media of casinos being closed, people running from heavy downpours, and some even reported multiple lightning strikes in the area. 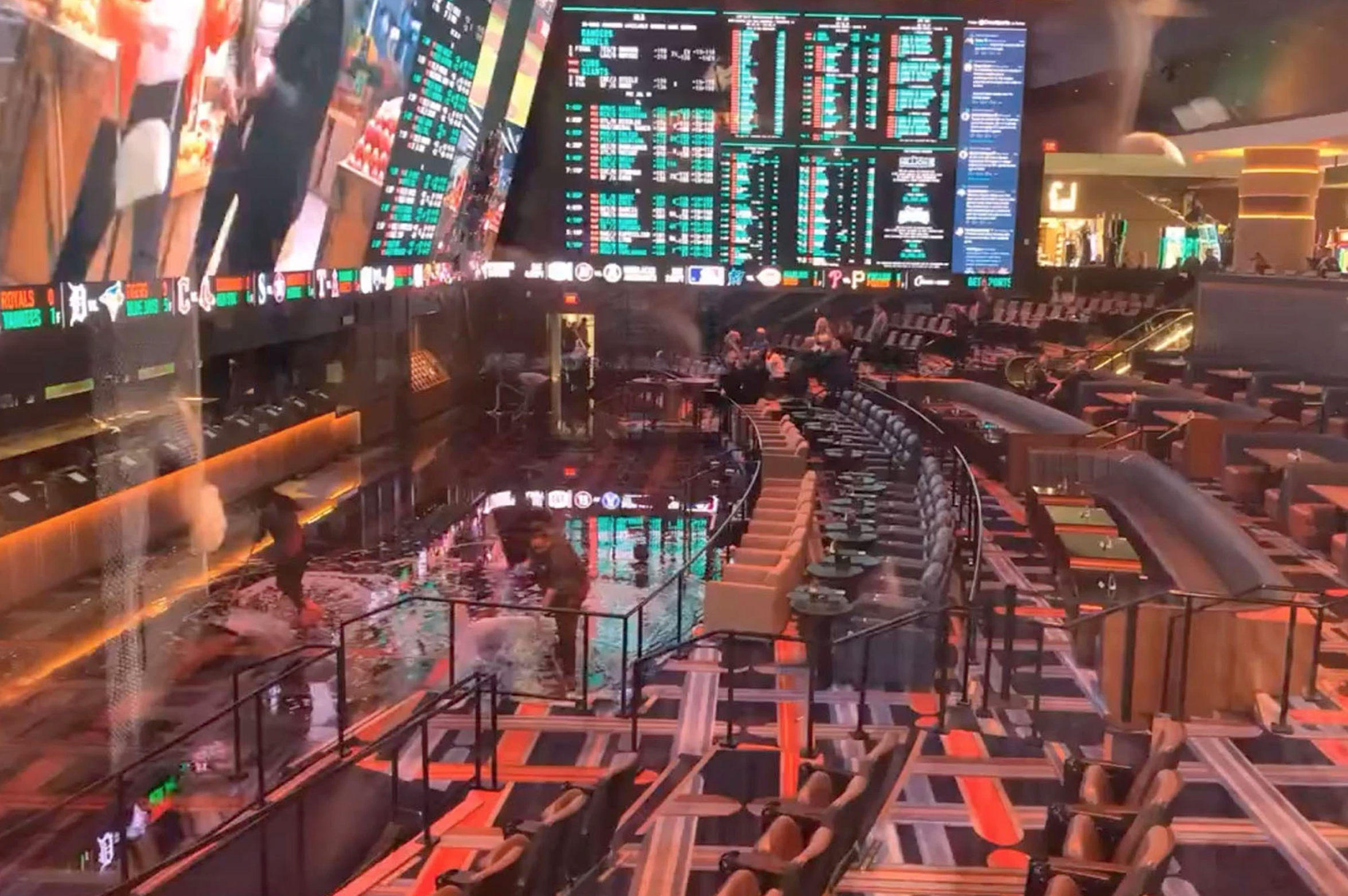 A video of the Planet Hollywood hotel circulated of a hole in the ceiling and water pouring in.

When it rains in #LasVegas! I'm sure glad I got off the highway just before this! It was scary when driving home from dinner, though!! pic.twitter.com/dP58ge85AF

A Las Vegas resident commented on the storm saying, "Lightning was nearly constant, and the power went out several times. Electric surges set the fire alarms of several buildings off, causing fire responders to have to head out into the storm to respond to them."

Nevada, being a desert, is susceptible to flash floods and monsoons and should expect possible dangerous weather between July and September.

⁦@News3LV⁩ this is the Linq parking garage on the Strip. pic.twitter.com/lWfKULEAom

Economic geologist, Simon Jowitt, made a statement about the dangers of flash floods saying, "We’ve got good drainage systems but sometimes the water just overloads them. It can also be dangerous for homeless people who sometimes live in the drainage systems for shelter."

"The other thing is that we don’t often get rain so it’s hard to check whether roofs and the like are actually waterproof; probably what has happened in the casinos tonight," Jowitt said.

Harry Reid International Airport was experiencing up to 60-minute delays on every flight, and incoming planes were also being held until around 11 PM on Thursday night.

"These rains don’t happen that often, but we’ve had a few days in a row now," Jowitt said.

Maybe they'll be taking bets on when the next one is going to happen.