Brian Johnson, a.k.a. Liver King, has been outed as using steroids after an email leaked with a detailed list of everything he’s currently taking.

Liver King has built his brand around his physique and his batshit insane lifestyle. He trains twice a day every day. He eats huge hunks of raw meat and makes his family do it with him. He takes cold showers. He walks through the woods barefoot. He swears by the ‘nine ancestral tenets.’ All of these things together have purportedly helped him achieve his optimal physical form, testosterone levels, and peak performance.

SHOCKING: Liver King was on steroids

Leaked emails shows that Liver King was taking almost $12k worth of pharmaceutical HGH per month, three injections per day. All while promoting his brand of holistic lifestyle, ancestral tenants, and eating raw meat on camera. pic.twitter.com/dl6AhuknBP

Liver King has spoken out in the past to defend himself against all kinds of crazy accusations – ab implants, gene editing, and of course, steroids, to name a few. But every time, he’s asserted he’s been truthful with us. He’s been working out since age 7 and he’s pretty large to begin with, so his physique is not entirely unbelievable. Unfortunately for him, this email proves otherwise.

The fact that Liver King is not entirely natty invalidates all of the overkill diet and lifestyle advice he pushes. It’ll be interesting to see how he and his brand fair now that this not-so-shocking discovery has come to light. Even if his brolic build holds strong, he’s compromised his integrity. 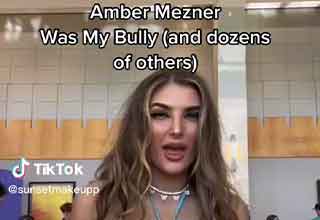