Logan Paul is in trouble for the failure of his NFT and cryptocurrency game CryptoZoo. In a series of videos published by the YouTuber Coffeezilla, Paul’s game is alleged to be a scam, and investors have already lost millions of dollars on the project, which never seemed close to existing as advertised.

Now, Paul and Coffeezilla are engaged in a game of back-and-forth, each baiting the other to “come on my show.” Paul is scheduled to speak about the game on his 'Impaulsive' podcast on January 3rd where “all bad actors will be exposed.”

I can’t reply to Logan Paul directly (blocked) but it’s pretty wild to refuse to talk to me for months, refuse to address investors for a year and a half and then when caught Logan says hes going to “expose bad actors”?
pic.twitter.com/6DQ2NUDCS1

CryptoZoo was advertised as a game where investors could make passive income by buying and selling NFT animals. Players would invest real money to buy the game's currency, called zoo coins, which could then be used to purchase eggs that would hatch into NFT animals. Those animals would breed and evolve, creating more animals that could be bought and sold for money.

Though despite Logan Paul's fans investing over 2.5 million dollars in eggs, the game remains inoperative, and there allegedly never was a way for players to reclaim their money. Eggs remain unhatched, a supposedly unpaid developer fled to Switzerland to hold the game's source code hostage, and players are out of their money.

Now, Logan Paul has posted in CryptoZoo's Discord for the first time in over a year, and people are less than pleased about it.

Logan Paul just posted in the CryptoZoo discord for the first time in over a year.
“Long time no see” pic.twitter.com/L22NF2LFdf

Paul has invited Coffeezilla to appear on his show, but only after receiving the same invite himself.

Logan “invited me on his show” but didn’t include the email 24 hrs before this where I invited him first onto my show, along with Eddie, CryptoKing, and Jeff.

Im happy to fly Logan down or livestream it but I’m not flying to his CryptoZoo tax haven on new years lol https://t.co/o6LcgXC47B pic.twitter.com/sxJjAxyGGt

It does seem that Paul's plan to address the game's failure now, is far too little too late.

Logan pretending he’s going to “investigate” his own scam is the funniest thing this year. can’t wait for him to find himself innocent. https://t.co/LztbwKwBJA

Here is Coffeezilla's first part of his three part in-depth series on the CryptoZoo scandal. 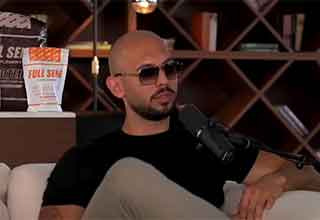