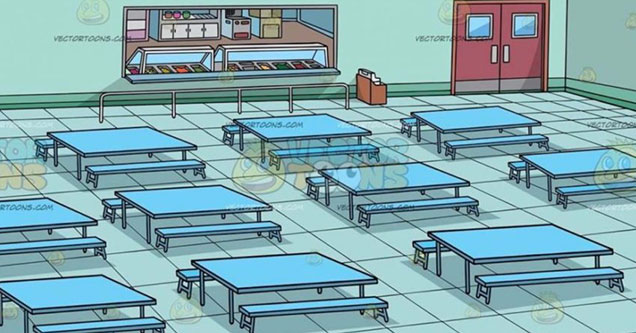 This week people are posting their desired sitting arrangements through the new "lunch table" meme.

The cafeteria is something everybody knows well, at least those of us who went to public school. You've got the nerds, the jocks, the stoners and the thots, everybody sectioned off into the group where they belong.

Now you can relieve your public school horror and choose where you'd like to sit in regards to just about anything.

Where are you sitting? pic.twitter.com/s3xAdvyDoF

Twitter user @journalsfire posted the first example of the 'where ya'll sitting" lunch table meme, seen above and things quickly escalated from there.

From there the meme began to evolve, taking on a more structured presence with a truly exploitable image. One of the first posts was by the First We Feast Twitter account, which got a response from the Gordon Ramsay. 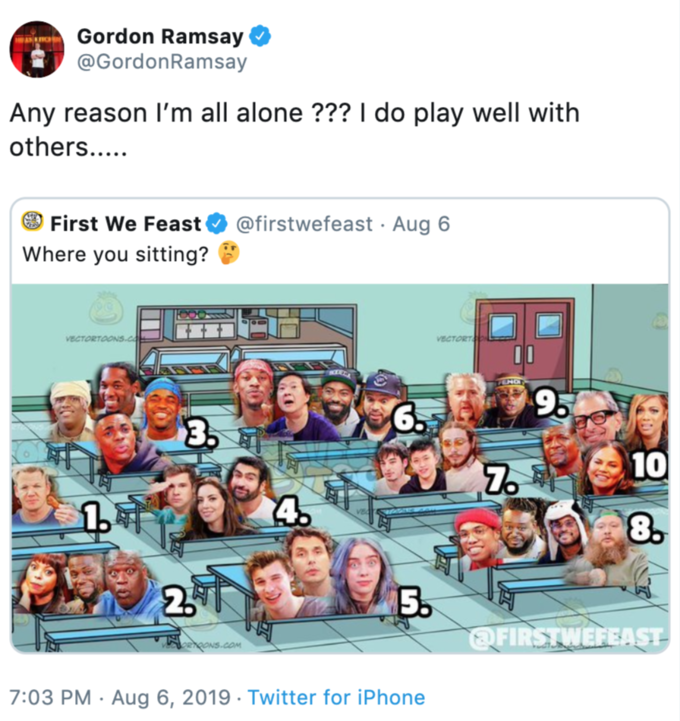 And as they say, the rest was history. 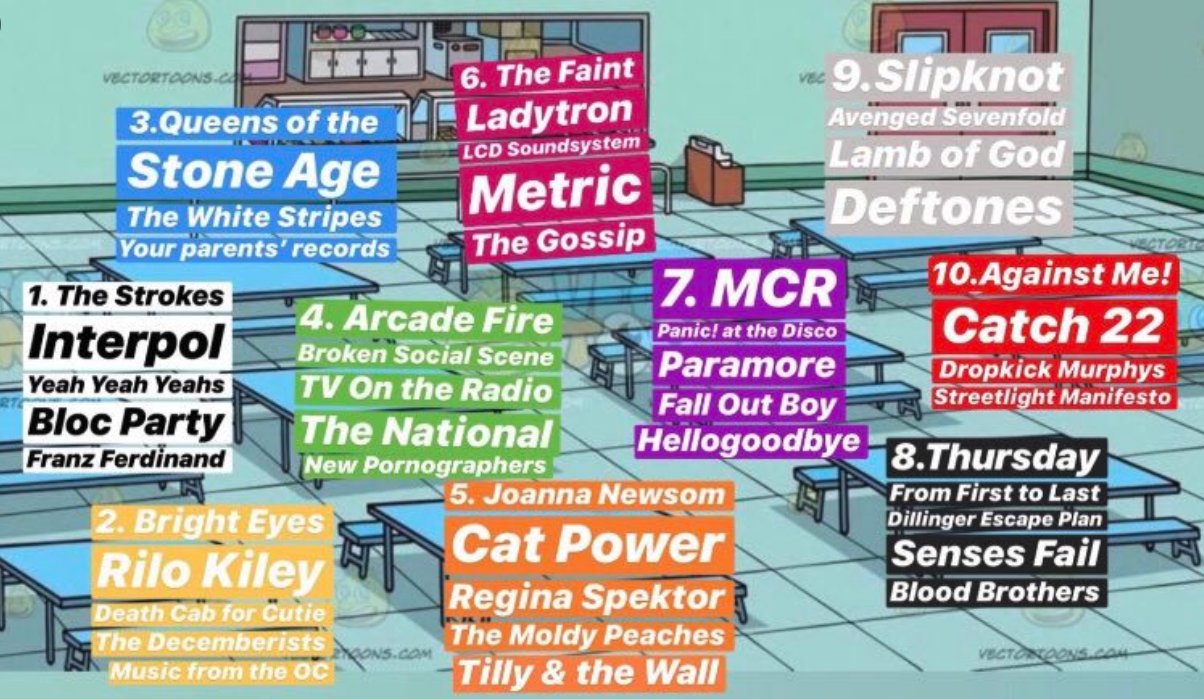 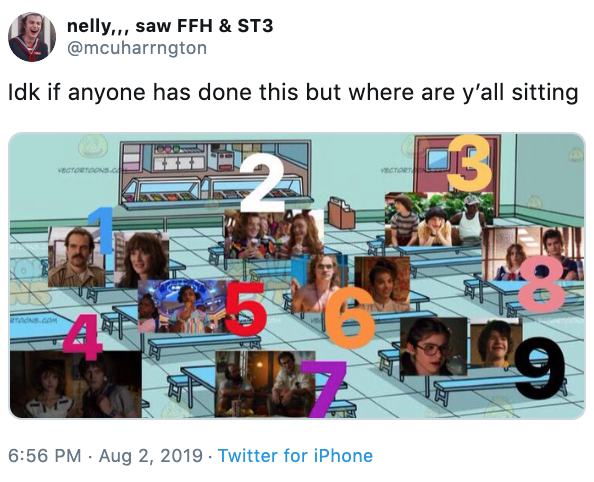 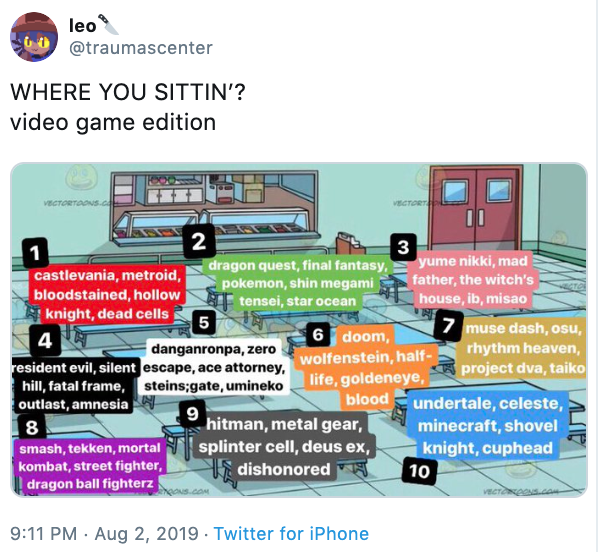 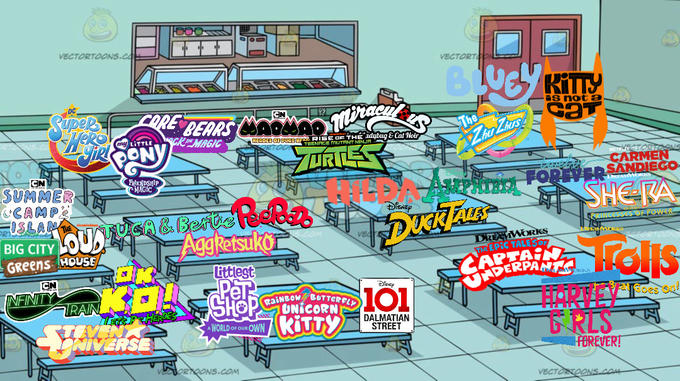 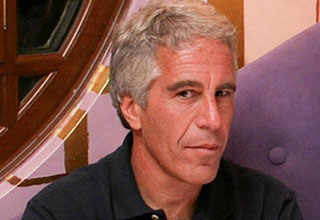 NEXT ARTICLE CBS Releases A Misleading Report About Epstein "Shrieking"