In 1663, Prussian scientist Otto von Geuricke found a variety of fossilized skeletons including a woolly rhinoceros, woolly mammoth, and a narwhal in Germany which led to the worst reconstruction of a fossil ever. Geuricke was under the assumption that the bones belonged to a unicorn, based on the horn he found. 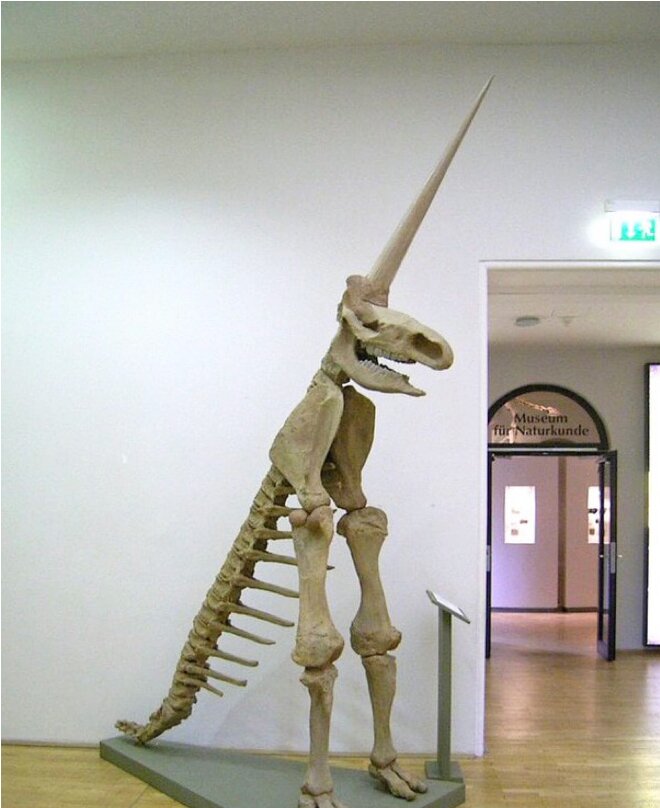 Five years of speculation lead Geuricke to construct the most ridiculous creature from the fossils.

The bones are still on display at the Museum für Naturkunde in Magdeburg, Germany the same way Geuricke arranged them, even though the arrangement is obviously wrong. 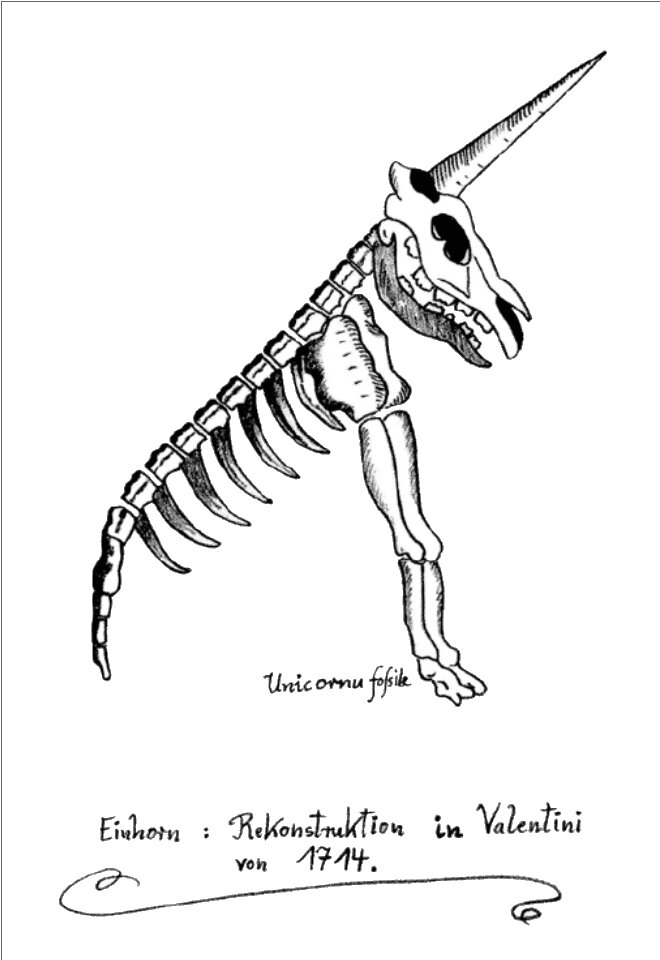 The horn is most likely from a narwhal, a whale that grows a long spiraled horn protruding from the front of its skull. The skull is part of a woolly rhinoceros and the "shoulder" is actually the two front legs of a woolly mammoth. 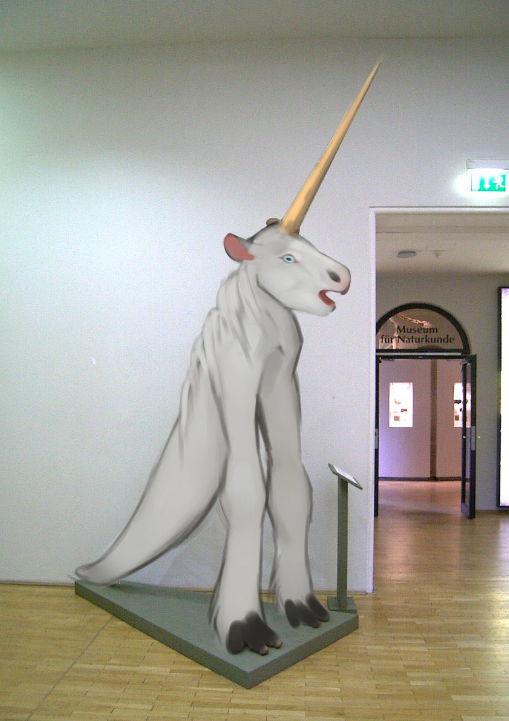 Unicorns have sparked our imaginations since folklore from the middle ages. They're known for their mysticism and for the healing qualities of their horns. And they obviously inspired Geuricke to create this monstrosity. 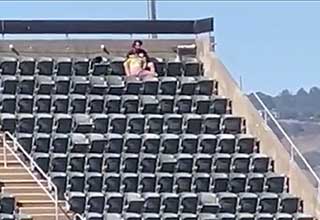