Andy Gross is a comedian, magician and ventriloquist.  When hes not performing at comedy clubs or in Vegas, he enjoys scaring the ever-loving-shit out of people with his magic and illusions.

In this clip Andy appears to "behead" his assistant and horrified elevator passengers react just as you would expect.

I'm not sure how I'd react in this situation. Part of me wants to think the lack of any blood would alert me to it being fake, but then again when you're in the moment it's hard to say what you might think.

In this next clip, Andy tricks the diners at this Hibachi style restaurant into believing he just hacked his arm with a large knife while cooking their dinner.

Pictured above (and below) Traumatized restaurant patrons.

Hopefully someone else finished cooking their meal, they are there to eat after all!

Last but not least, was the original "magician cut in half" video where park goers can't believe their eyes when they witness a man who's been cut in half, casually strolling through he park. 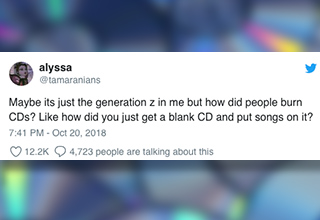