An Arizona man and his wife consumed the substance known as chloroquine phosphate in an attempt to protect themselves from the coronavirus.

They saw on TV that chloroquine phosphate was being tested as a possible cure and looked on their shelf and saw that their fish food was of the same chemical and decided to eat it. Smart!

An Arizona man died and his wife was hospitalized after officials said they ingested a fish tank additive that contained the same active ingredient as an anti-malaria drug, which President Trump has referred to as a coronavirus “game changer" https://t.co/WPZ8fazDYG

Chloroquine phosphate in the correct form is used on humans to treat malaria but in this form it was an ingredient listed on a parasite treatment for fish.

"I saw it sitting on the back shelf and thought, 'Hey, isn't that the stuff they're talking about on TV?'"

The couple decided to mix a small amount of the substance with a liquid and drink it as a way to prevent the coronavirus. "We were afraid of getting sick," she said. Within 20 minutes, both became extremely ill, and the man was rushed to the hospital where he soon died.

Now, I know you and I aren't this stupid but this is the internet so I'm sure someone reading this was thinking about trying their fish food/chemicals to stop the Coronavirus. I feel like a mom telling a 4 year old not to eat anything labeled "Not for human consumption".

#FactsNotFear@WHO has NOT approved the use of chloroquine for #COVID19 management. Scientists are working hard to confirm the safety of several drugs for this disease.

Please DO NOT engage in self-medication. This will cause harm and can lead to death.#COVID19Nigeria pic.twitter.com/K6kljq0VtW 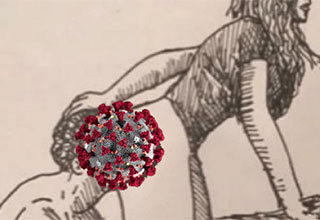 NEXT ARTICLE The Coronavirus Sex Guide is Here