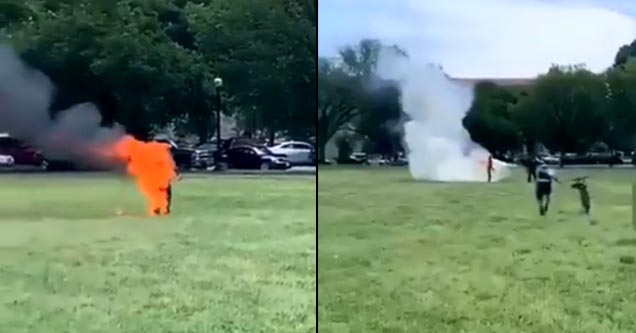 Bystanders uploaded shocking footage of a man engulfed in flames walking on The Ellipse, a public park that lies south of the White House this morning. The Secret Service has confirmed this. He was eventually extinguished and arrested. There is not yet any information on who he is or why he did this.

At approximately 12:20 p.m. a man lit himself on fire on the Ellipse near 15th and Constitution Ave., Secret Service personnel are on scene assisting @NatlParkService and @usparkpolicepio in rendering first aid.

The White House lawn is literally on fire pic.twitter.com/L0dZCmO8y5

According to my daughter...she just saw a person that was on fire running across the White House lawn. Police and rescue have responded. They’re closing all surrounding streets right now. Video to follow... #whitehouse

Jesus Christ. This guy set himself on fire outside the White House. pic.twitter.com/IIXAoGS6ia

Witnesses told Fox 5 DC that the man was wearing all black, including a sweatshirt, and carrying a black bag. The sweatshirt stood out to the witnesses because it was over 90 degrees outside at the time.

@FoxNews Video of the person that was literally engulfed in flames on the #WhiteHouse lawn. Unbelievable pic.twitter.com/4IS37Rndme

The saddest thing I’ve ever seen. A person set themselves on fire in the park at the south lawn of the Whitehouse. Please pray for their soul pic.twitter.com/OjTL0kGWa7

According to the Secret Service, a Man Lit Himself on Fire Near the White House

So much for keeping it a secret. pic.twitter.com/xicvTgPuXo

According to the New York Post, the man was taken to the hospital with life-threatening injuries after suffering burns to 85 percent of his body. A suspicious package that was also on fire was found near the man in the park.

Arnav Gupta, of Bethesda, Maryland, has died from his injuries after he set himself on fire outside the White House yesterday. His motive is still unknown. 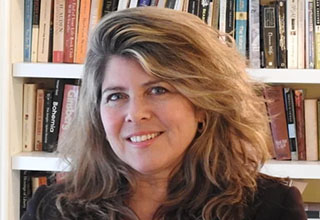