Actor Shaun Weiss has announced via his Instagram page that he just landed his first movie gig since becoming sober. The child star known for his roles in The Mighty Ducks and Heavyweights, hit his 2 year sobriety mark in January of this year. And what a milestone it was.

By now we've all seen the condition Shaun was in when he hit rock bottom. We've also seen the work and the steps he's taken to get sober.

The fact that he is finally getting back to what he loves to do is just huge.

Shaun was cast in a new film from the director of American Underdog, Jon Erwin. The movie entitled Jesus Revolution, is currently filming and stars Kelsey Grammer and Kimberly Williams-Paisley.

According to TMZ, the actor will be portraying a Vietnam vet who sobers up after being saved. Obviously an experience he can relate to.

It's safe to say that we couldn't be happier for Shaun, and we continue to root for his success along the way. Can't wait to see him back on the big screen. 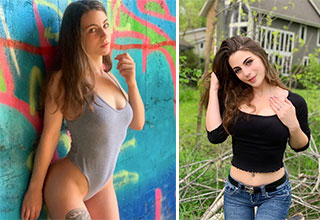 NEXT ARTICLE Models Complain They're "Too Beautiful" To Find Love