A supportive mother shared a story on Facebook of her son who was suspended from school for five days. While most parents would be angry with their children for getting in trouble, Alison Arnall Davis was actually happy her son had been suspended.

"For years the school has failed Drew," Davis wrote. Her son had been bullied by a student for years. She explained that the school had done nothing to support Drew or take action against his bully who was threatening him at school and on social media. Drew even had video evidence of his bully following him down the hall and harassing him.

Drew even sent a letter to the school board asking them to take action against his abuser.

"Drew had four classes with this kid and he would not leave Drew alone," Davis said, "Their solution and response was to have him and his bully sign a no-contact contract. Seriously?" 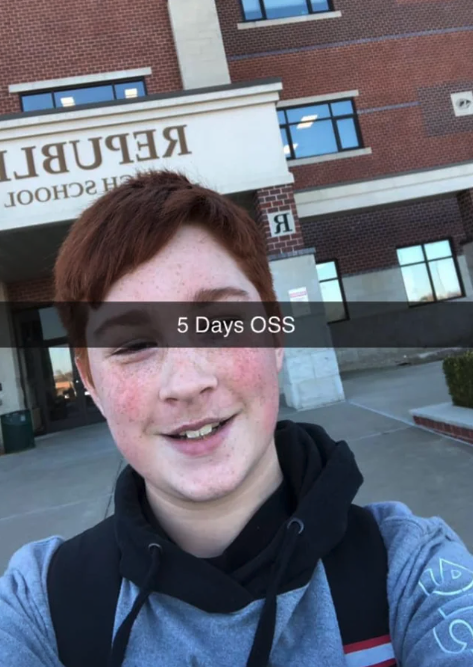 While on the bus one morning, Drew's bully started making fun of him and threatening his little brother. Drew decided since the school wouldn't take action, he would.

"Three punches and his bully screamed like a baby," Davis said in her post. "His minion friends shut up, and this morning the bully wouldn’t even look at him. Problem solved."

Many people were in support of Drew's decision as well. One person said, "The boy did what he had to do. Shame on that school."

One of Davis's supportive friends said, "You and Mike were protecting your child, and then Drew ended up putting a stop to some ridiculous behavior. Period."

It's important to support your children even when they get suspended for fighting.