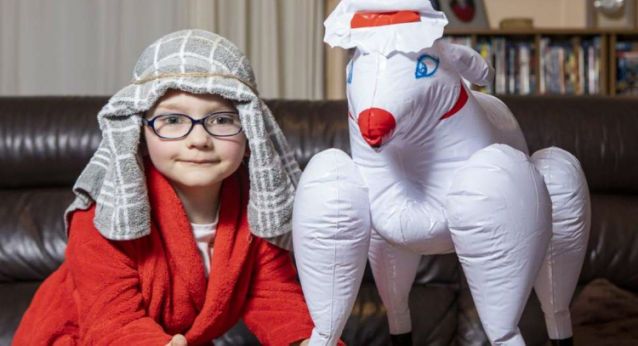 Cox says she was confused when Alfie got in trouble for having it at school. When he got home, she realized the doll had a large hole in its bottom along with painted-on eyelashes and red lips.

“I told him, ‘you can’t have this sheep, Alfie’ – but he kept asking why so I had to make up a reason,” Cox laughed. Unfortunately, Alfie has become very attached to the sheep and refuse to give it up.

She added that she plans to take the sex doll from him soon and claim it was the Elf on a Shelf.

Amazon has stated that it has removed the item from its website, saying that the seller did not meet the retailer’s guidelines. But with a quick look around, Amazon still has plenty to offer in the sheep sex doll department, including this model with a "Backdoor Pleasure Hole": 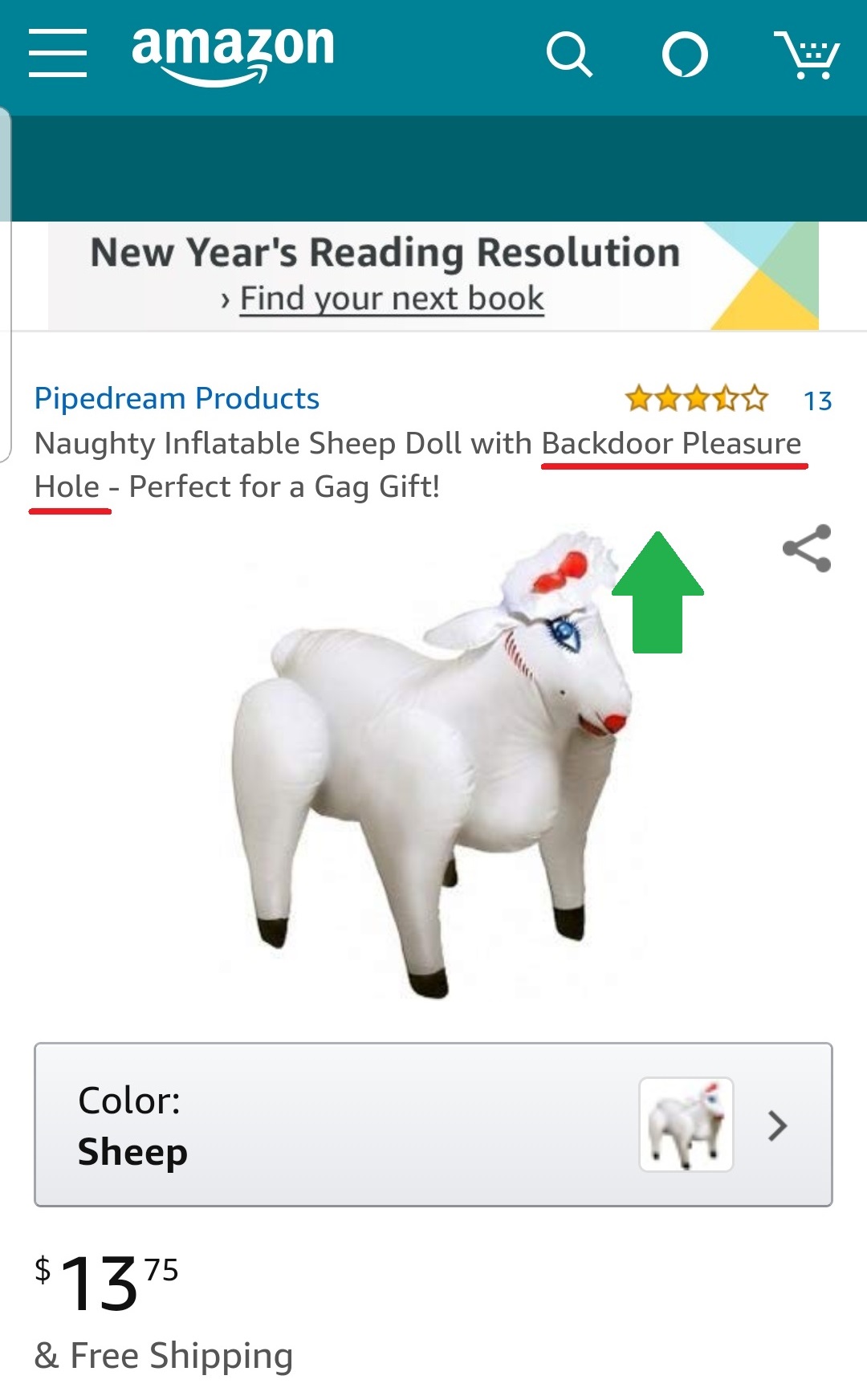 If that isn't your cup of tea, how about this one: 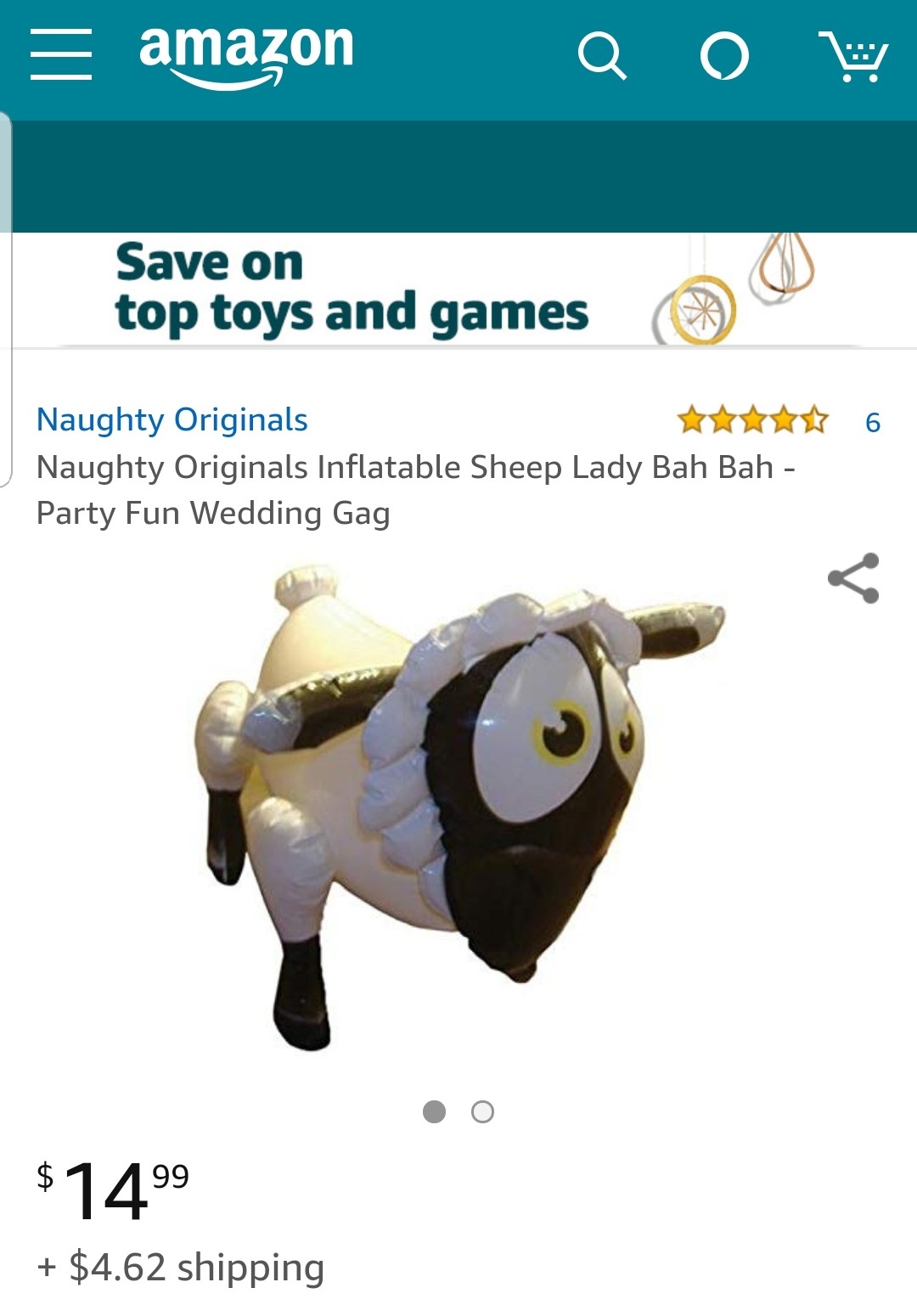 Both of these can arrive before Christmas if any of you perverts are still shopping for a last minute present for yourself. I guess the moral of the story: Pay attention to what you're ordering. 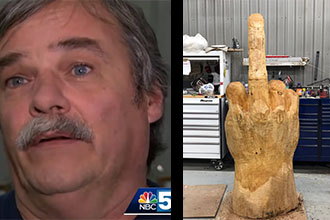