Mormon TikTok is back in the spotlight and it pains us to say this, but these "dorky" and wholesome videos are an easy target for the haters. If you don't know, Mormons have carved out an odd and at times cringeworthy niche on TikTok. Mormon Tok, as it is known, is comprised of regular Mormons sharing their day-to-day lives, ex-Mormons spilling the beans on their pasts, and 'soft-swinging' lifestyle videos.

Mormonism is often associated with homophobic and racist beliefs, as well as sexist practices. What’s causing a buzz aren't the strict rules Mormons are forced to follow, but how dumb those rules look to non-Mormons.

In this video, a Mormon man details his struggles as a religious person in a secular world. These struggles include same-sex attraction and the urge to get tattoos among other stereotypically normal issues like cussing and selfishness.

It's easy to make fun of the Mormons, especially if they are just dorky posters behind a screen.

how am i supposed to build my celestial harem of wives if i’m attracted to men /:

But not all the commenters were roasting this conflicted Morman man.

Seems like a good guy being vulnerable online about his struggles to help others. No need to demean him for it just because you don’t relate

In another video from Mormon Tok, posted in 2019, a Mormon woman dances as she explains what her daily life is like while her boyfriend is away on a mission. Crying herself to sleep each night among her daily routine.

However, some Mormons have since abandoned the religion, now exposing the religion for its rigid beliefs and suppression. So before you go out and roast the Mormons, ask yourself this. Do they deserve it? And if you think they do, that's between you and your own God. 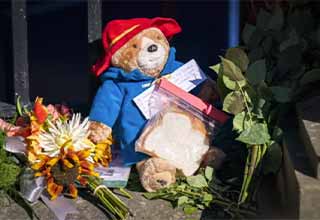