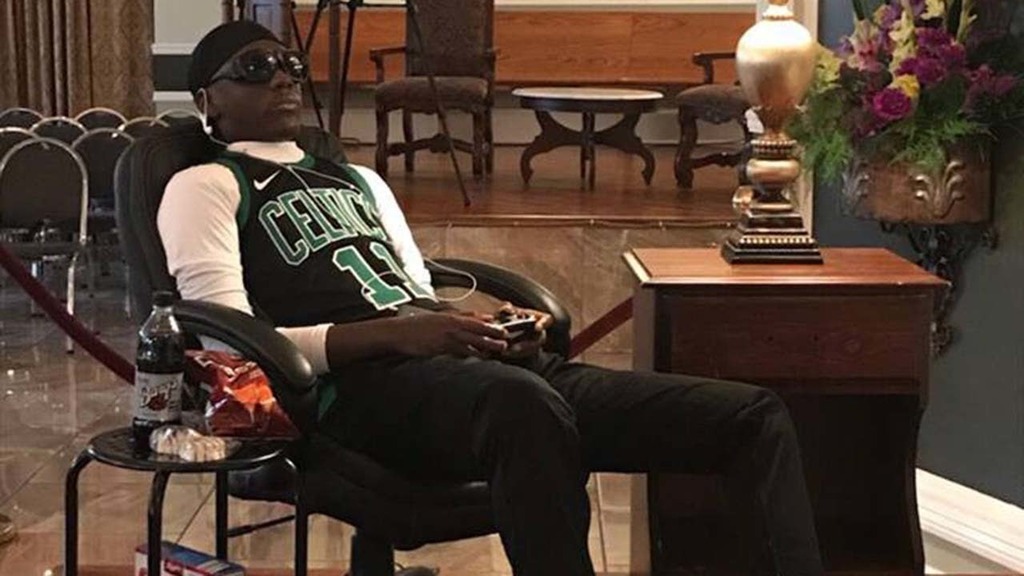 We promise you've never seen a wake like this before. Decked out in a Kyrie Irving Celtics jersey and holding a ps4 controller Renard Matthews' was remembered by friends and family as a low-key basketball loving gamer.

The 18-year-old of New Orleans resident was shot and killed while walking his dog the night of June 25th. Matthews' mother Temeka wanted his wake to represent his lifestyle. So Renard was embalmed and placed in his usual position, in front of the tv. Surrounded by his favorite snacks, playing his favorite game and wearing the jersey of his favorite athlete, Renard was in the middle of a game featuring the Golden State Warriors and the Boston Celtics when friends and family began to fill up the room of his wake.

Although a little strange, well very strange, we acknowledge how 'cute' it all looks from the outside, but we have just one question on behalf of Renard. We imagine he is up in heaven thinking something along the lines of . .

"What the fuck mom? Damn, you couldn't have just had a normal funeral? I know I spent a lot of time gaming while I was alive but shit, I'd rather be remembered for the strip club loving boy you didn't know. You really had to make me look like this? Really? WTF is wrong with you. This is how you remember me?" 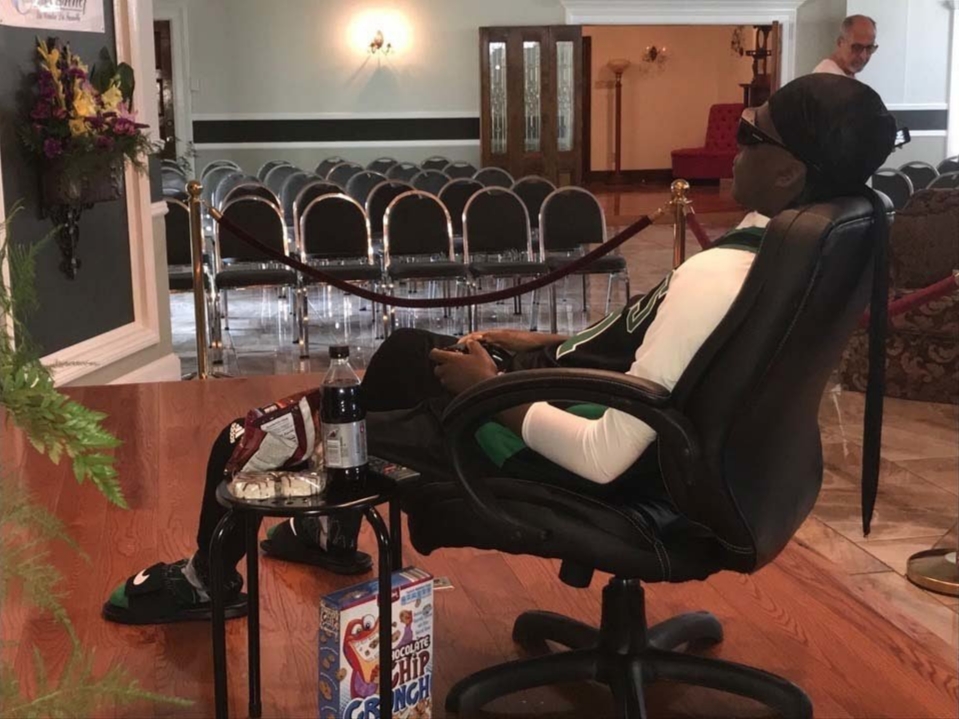 Let this be a lesson to you guys who game too much because after your dead your parents can literally do whatever they want with you. 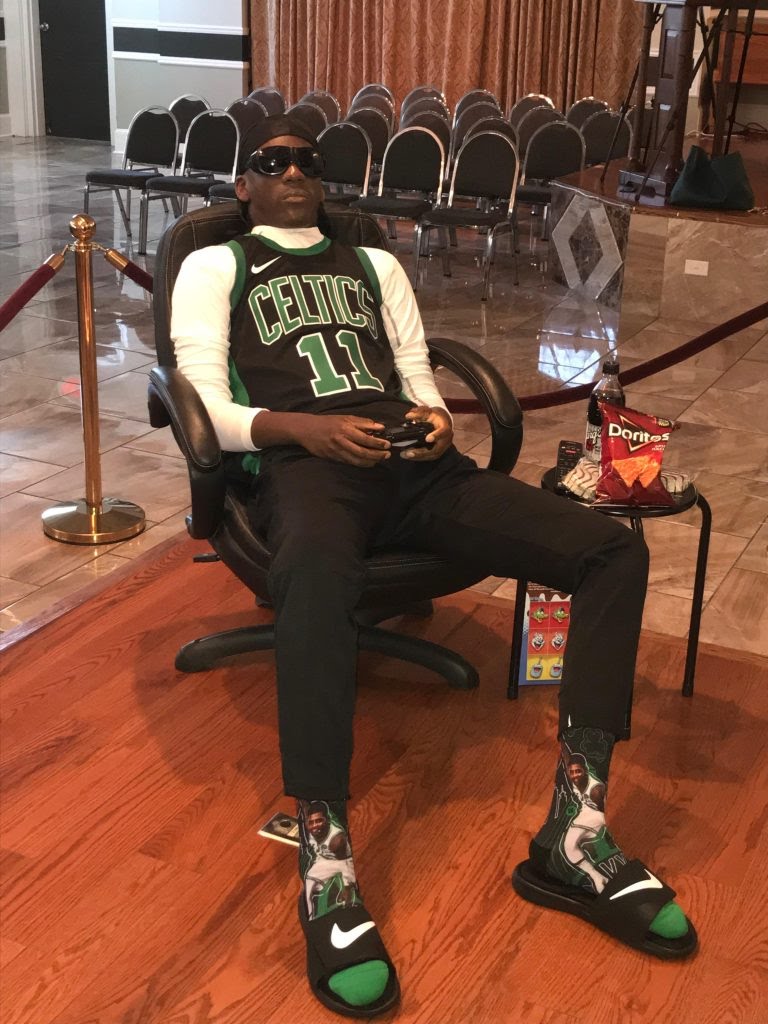 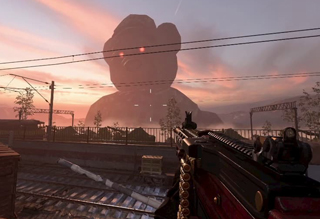