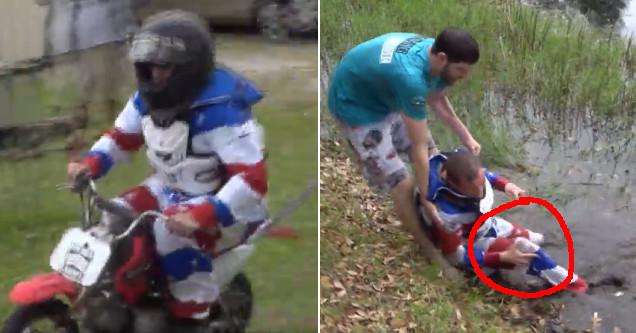 Just because you have an idea doesn't mean it's always a good one.

Such was proven this week when Twitch channel TheBubbaArmy decided to have one of their buddies drive a mini motorbike off a ramp into a shallow lake. He might have had a full set of safety gear that made him look like a medieval knight riding into battle, but it wasn't enough to keep his leg from smashing into his bike during a rough landing.

Put simply, he broke his leg and had to immediately deal with getting back to shore. To make matters worse, a "friend" of his who was trying to help him decided to yank him around like a ragdoll, inviting pain and agony. The livestream fail soon cut to colored bars as viewers were left wondering what happened.

The whole thing was caught on video, as seen below. Jump to 25:30 to get to the good stuff. 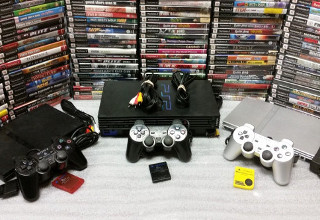