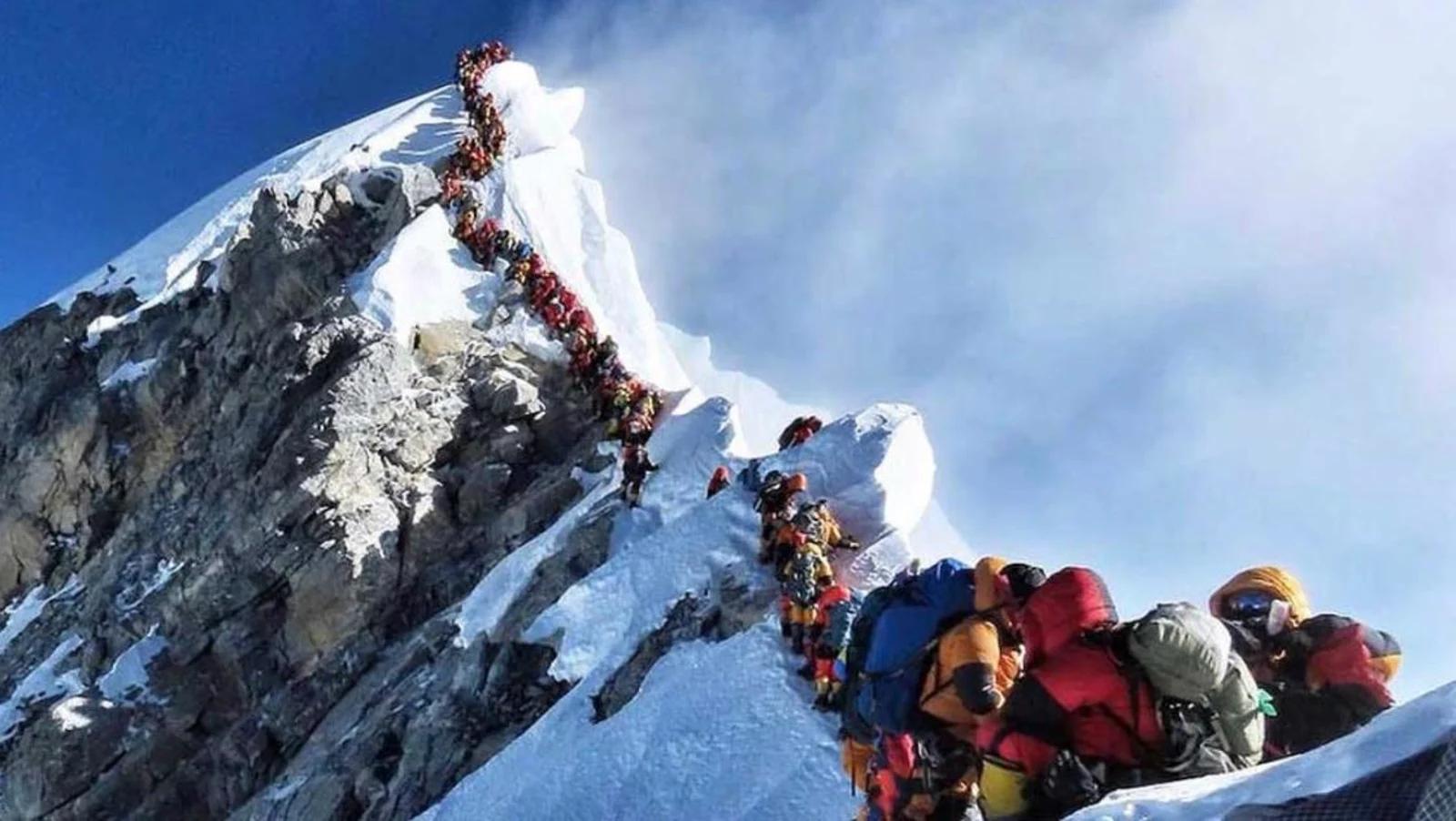 Mt. Everest has become dangerous as massive crowds caused traffic jams this past week as more than 200 people tried to make their way to the summit. In the last ten days, 11 people have died while trying to make the final climb to the top. The already controversial expedition has come under new scrutiny as the climb becomes more and more dangerous.

Everest has long been a popular destination for outdoorsmen and climbers but in recent years the numbers of 'vacation climbers' who have sought to conquer the mountain's peak have risen and so have the number of casualties. The issues that arise are plenty and include large amounts of trash, long lines and overcrowded camps, over-worked and underpaid sherpas risking their lives and ultimately, the deaths of more than 10 people in 10 days.

The major issue, seen above, shows over 300 people waiting to make their summit in what is called the "death zone", which is where experts say you shouldn't stay too long because your body begins to deteriorate at the high altitude. And yeah, these people are waiting, in the death zone, which has killed 11 people in ten days! Stop climbing Mt Everest, you dumb idiots!

White people waiting in long lines for that authentic Mt Everest experience is some next level gentrification.

Being carried up #Everest by a Sherpa is NOT climbing Mt. Everest.

PLEASE stop destroying this Wonder and loosing countless ppl because they want to #Glamp their way up to “say” they “conquered” it.

It’s COVERED in litter and those that have NO biz being there’s bodies. pic.twitter.com/Pqho3cjNDj

dire situation at mt everest today as the summit’s only starbucks has reportedly run out of almond milk pic.twitter.com/Hg9JS2jiHm 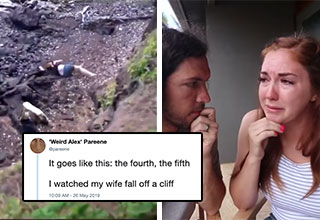