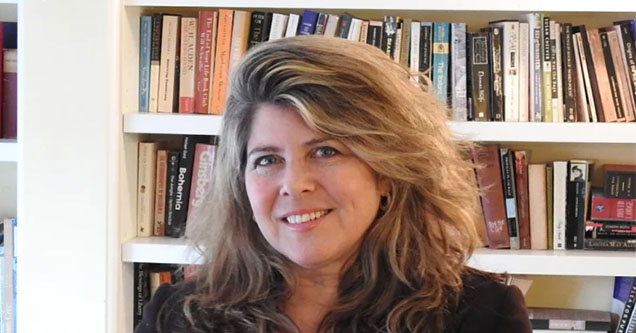 Dr. Naomi Wolf, former advisor to Bill Clinton and Al Gore, was speaking with BBC interviewer Matthew Street about her new book, "Outrages," when she learned her main thesis was based on a misunderstanding of the legal term "death recorded."

In her book, she writes about how several dozen men in Britain were executed for homosexuality during the 1800s. While discussing this topic during the interview, Street explains to her that she had completely misunderstood what "death recorded" meant. She assumed it meant the convicts were executed, but it actually meant they were pardoned and sent free. She also discovered that sodomy doesn't always mean homosexuality, learning during the interview that a key case in her book referred to child sexual abuse instead.

You can listen to the interview below.

Everyone listen to Naomi Wolf realize on live radio that the historical thesis of the book she's there to promote is based on her misunderstanding a legal term pic.twitter.com/a3tB77g3c1

Here's the transcript of the part of that part of the interview, via Townhall:

Wolf answered confidently, “Correct. And this corrects a misapprehension that is in every website, that the last man was executed for sodomy in Britain in 1835.”

I don’t think you’re right about this. One of the cases that you look at, that’s salient to your report is about Thomas Silver. It says, “Teenagers were convicted more often. In fact, that year, which is 1859, fourteen-year-old Thomas Silver was actually executed for committing sodomy. The boy was indicted for unnatural offense. Guilty, death recorded. This is the first time ‘unnatural offense’ entered the Old Bailey records.”

Thomas Silver wasn’t executed. “Death recorded.” I was really surprised by this, and I looked it up. “Death recorded” is what in, I think, most of these cases that you’ve identified as executions, it doesn’t mean that he was executed. It was a category that was created in 1823 that allowed judges to abstain from pronouncing a sentence of death on any capital convict whom they considered to be a fit subject for pardon.

Street replied, “’Death recorded.’ This is also, I’ve just read you the definition of it from the Old Bailey website. But I’ve got here a newspaper report about Thomas Silver and also something from the prison records that show the date of his discharge.”

Wolf: “’The prisoner was found guilty and sentence of death was recorded.’ Ahh. ‘The jury recommended the prisoner to mercy on account of his youth.’”

Apparently this book is based on the thesis that got her a degree from Oxford. It ought to have already been seen by experts. How on earth did this make it past a thesis supervisor and a defense/viva?

It seems, too, that "death recorded" is mean to to convey that the defendant in the case _should_ have received a capital punishment for what they did. But since some did not want to impose such penalties for whatever reason, they used this term.

I AM SCREAMING. One of the sources for Naomi Wolf's apparently terribly researched new book was THE GUY WHO WROTE DICKENS/DOSTOEVSKY FANFIC, PASSED IT OFF AS SCHOLARLY WORK, AND MADE SOCKPUPPETS OF HIMSELF TO TRY TO FOOL ACADEMIA INTO THINKING IT WAS LEGIT

In the pantheon of nightmares, somewhere between “falling into an endless pit” and “back at high school but naked” is “going on national radio and learning on-air that the book you wrote and will be published in two weeks is premised on a misunderstanding” https://t.co/CpU38gcWbS