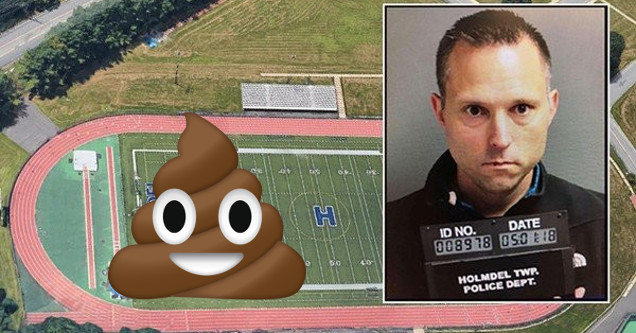 For weeks now New Jersey's Holmdel High School has had its beautifully mowed football field bombarded by an unknown assailant. And we're not talking about weaponry; there's no mortar or cannon fire to be found in this story. Instead, someone has been taking an uninvited crap on the field as if they're a coyote with Crohn's Disease or magical poop monster looking to wreak havoc on the senses of unsuspecting jocks.

Initially, coaching staff found themselves almost stepping in the poop on a "daily basis". Although the school usually takes weeks to approve new projects, it was able to quickly assemble a battle plan for the scenario.

And just like that Operation Pooper Destroyer was devised and executed. Secretly, of course, as to not alert the poopetrator. 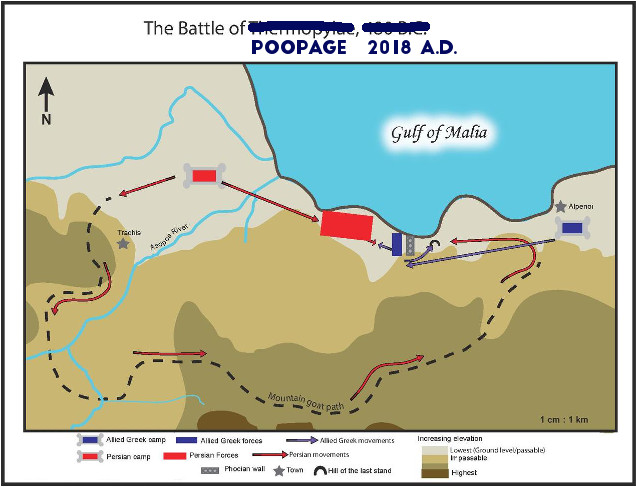 This image has absolutely nothing to do with the story but I really like battle maps so I decided to include it for my own self-interest.

Within a couple days the suspect was caught taking a squat on the otherwise ordinary field, leaving his mark on the world in a way that most of us never dare to consider.

As it turns out the man behind this nose assassination was none other than Thomas Tramaglini. Haven't heard of him? That makes sense, because he's just an ordinary guy who dwells in New Jersey, one of the most uneventful states on the North American landmass.

Here's where it gets interesting: Thomas is no stranger to the campus. In-fact, he knows the layout and preferred pooping spots better than just about anyone. He knows the area well enough to understand precisely which direction the shadows would be cast from his poops at any time of the day.

That's because he's the school's superintendent. Or should I say... pooper-indendent? 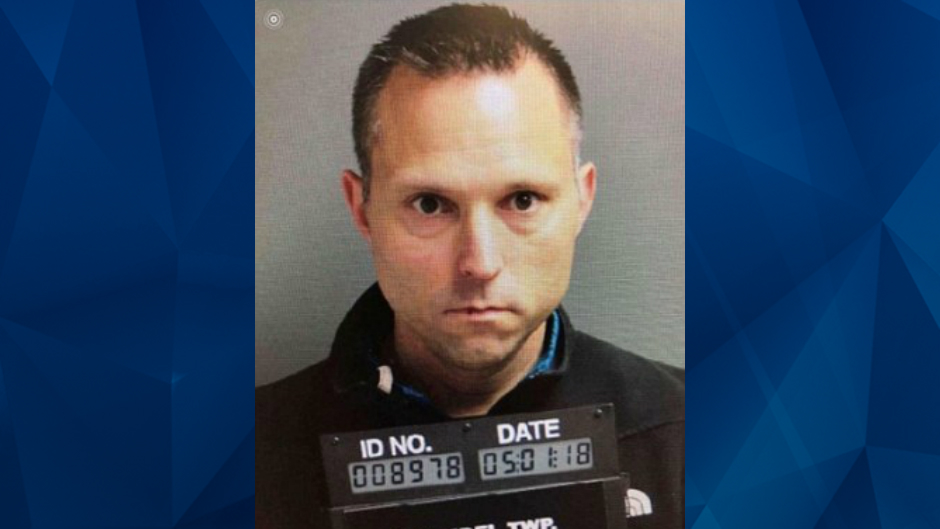 This is Thomas "The Pooper" Tramaglini. One of his favorite hobbies is dropping poop loads onto football fields and hoping players step on it with their clean Nike's.

Good news for anyone who hates the smell of freshly delivered logs: Thomas The Pooper has since been arrested by authorities. Sure, he's only being charged with lewdness and "littering", but his face being plastered on stories about him taking ninja dumps in public is probably enough to ensure he doesn't do it again—and can't get Tinder dates.

Also See: Jogger Known As The "Mad Pooper" Is Shitting All Over Colorado Springs

Here are some quick facts:

Thomas Tramaglini was appointed as Kenilworth School District's Superindendent in 2015 and makes a great salary.

He's a Ph.D. in Educational Administration, and knows how to crap on command.

Gym teachers in-charge of first period classes were usually the ones to spot the doodoo.

He would deliver the smelly goods early in the morning around 5:30 AM, which is earlier than I've ever woken up.

The school hasn't revealed how they caught Thomas, whether using surveillance cameras or a sting operation like those used to bust prostitution.

Whether this was a severe case of jogger's diarrhea or premeditated, first degree fertilizer is yet to be determined. What we do know is that this guy was routinely dunking on a school's football field, and that's pretty weird.

So next time you're having a bad day, remember that at least you can walk around New Jersey without being noticed as the New Jersey Pooper. 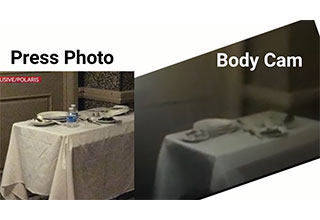