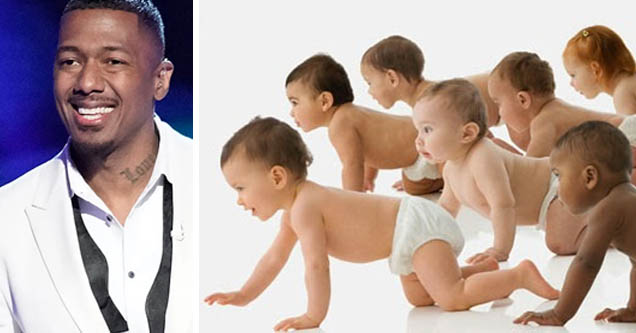 I'm gonna go ahead and say it up front - Nick Cannon's pullout game is nonexistent.

The 'Wild 'n Out' star just announced he's having a baby with model Alyssa Scott and it's kinda wild:

Nick Cannon reveals that he is expecting a baby boy with model Alyssa Scott. It will be his fourth child in a year and seventh overall. ???? pic.twitter.com/yNQgk07AWL

Yes, you read correctly - this is Cannon's fourth child THIS YEAR. Even crazier is the fact that this new pregnancy announcement came just three days after another girlfriend had his twins.

Cannon welcomed twins Zion Mixolydian and Zillion Heir with DJ Abby De La Rosa. He also had a daughter with model Brittany Bell back in December, and Bell and Cannon also have a 4-year-old son together. Cannon famously has 10-year-old twins from his former marriage to superstar Mariah Carey as well, for a grand total of seven kids (so far, something tells me he isn't done).

It's not clear why Cannon is trying to spawn an entire drumline of kids but you *know* people had jokes:

The year is 2164. 5% of the US population is a descendant of nick cannon; they are officially declared an ethnic minority.

Nick Cannon playin with all his kids pic.twitter.com/034LfOvowa

Nick Cannon when he spots an unfertilized woman... pic.twitter.com/NBpJc0Yg4l

I panicked earlier because I thought I was also pregnant with Nick Cannon’s baby but it was only just a lil gas. pic.twitter.com/IBABFdmq9q

Some folks were also quick to point out that Cannon has had some problematic views when it came to R. Kelly and this, coupled with his reproductive hot streak, might indicate that he's involved in or running a sex cult:

Is nick cannon in a fertility cult?? https://t.co/z7Ndd3H0VF

The shady vibes were also heightened by someone remembering an episode of 'Law and Order: SVU' where a reproductive abuser (played by John Stamos) was investigated.

The one with John Stamos having a few dozen kids?

To be fair (and because we can't afford a lawsuit) it does seem that as of now everything is all good and internet speculation is just that - speculation. By all appearances, Cannon is just a handsome, charismatic rich dude having a good time. All his entanglements seem to be drama-free, everyone gets along, and he's taking full responsibility as a father for all of his kids.

It's almost certainly too perfect to be that simple, so we'll keep the popcorn ready when the big reveal finally drops. Or maybe in 20-odd years, Nick Cannon will become the new Genghis, and all future generations will carry a sliver of his DNA. Time will tell. 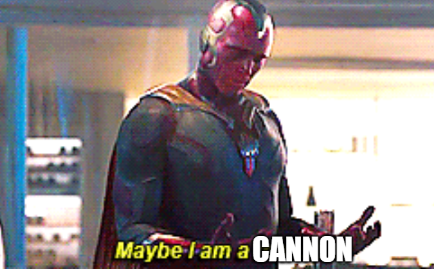