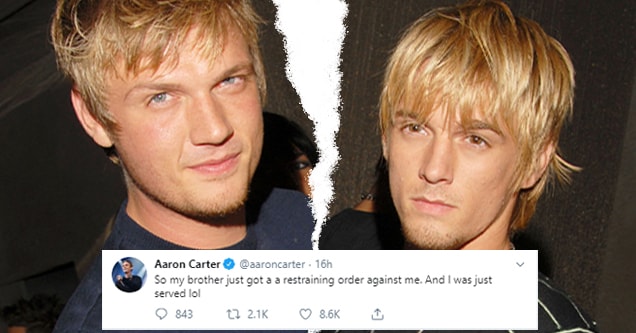 The news was initially broken by Aaron Carter, who tweeted about being served with the papers: 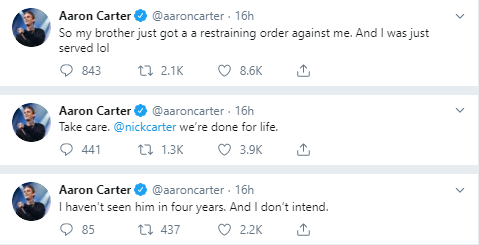 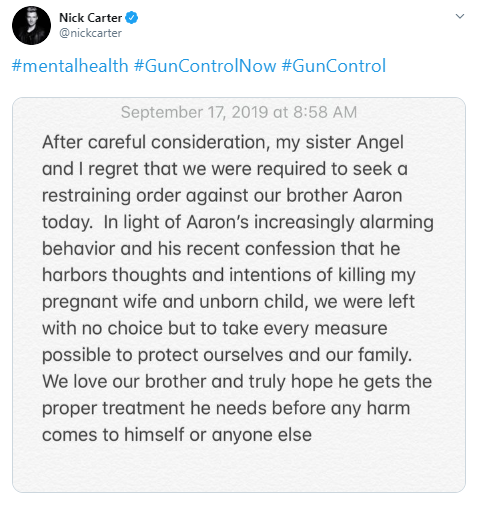 This development comes after Aaron recently opened up about his history of drug abuse. 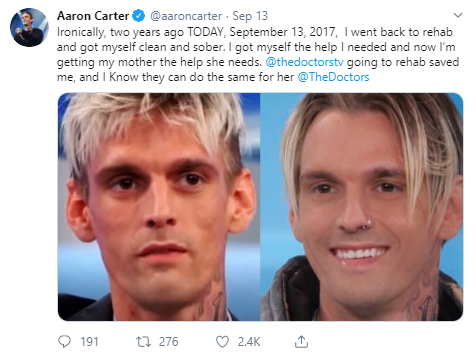 “This is my reality. I have nothing to hide.” Singer @AaronCarter shows #TheDoctors all the prescription drugs he’s taking and opens up about tapering off of Xanax. Full video: https://t.co/57Uj8laKRt pic.twitter.com/Au3vrIssJV

Aaron also took the opportunity to put Nick on blast for his reprehensible behavior in the past:

LEAVE ME ALONE. FOR THE REST OF MY LIFE. IM BEGGING YOU. PLEASE. I haven’t even seen you guys and nick you bullied me my whole life. And tortured me as a child. And everyone knows it. ITS BEEN PUBLIC. and now you’re scared of the truth. pic.twitter.com/kd7nIF49PI

Aaron was definitely done pulling his punches after multiple BSB fans started tweeting at him telling him to back off. His biggest bombshell was dredging up Nick's past violence towards women, including his high-profile ex, Paris Hilton. He also brought up the names of women who have accused Nick of raping them when they were minors:

https://t.co/9pUts2WLJM #COVERUP #metoo I was only 15!! And a lot of the facts in that report are twisted. He knew. Thank you @aaroncarter for being there for me!

Me, opening twitter and seeing why Aaron Carter is trending this morning. What an insane story, all of it. Let me just say #NSYNC 4 life. pic.twitter.com/Gg2qCE6NrX

So.... Aaron Carter was served a restraining order by Nick Carter who has founded fears for the life of his pregnant wife and unborn child. Aaron apparently struggle(s/d) with opiate addiction and violebt behavior. 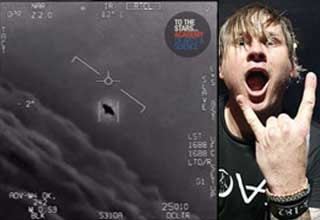