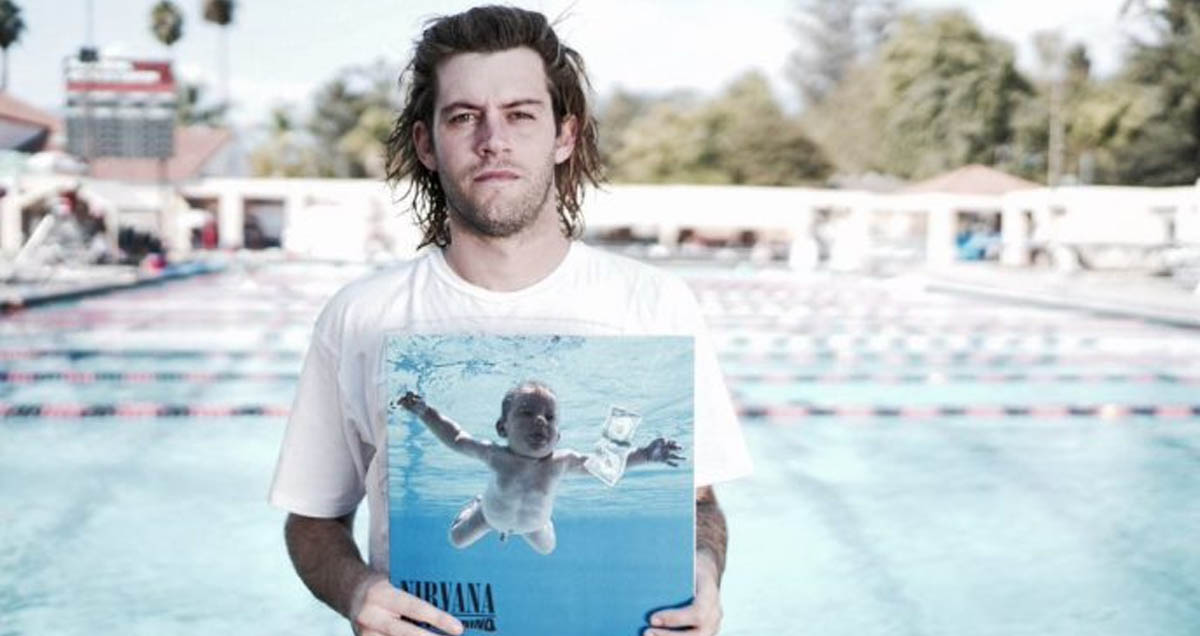 Elden’s claim that the photograph on the Nevermind album cover is ‘child pornography’ is, on its face, not serious.

A brief examination of the photograph, or Elden’s own conduct (not to mention the photograph’s presence in the homes of millions of Americans who, on Elden’s theory, are guilty of felony possession of child pornography) makes that clear.

They went in for the kill by further elaborating on Elden's own conduct:

Elden has spent three decades profiting from his celebrity as the self-anointed 'Nirvana Baby.' He has re-enacted the photograph in exchange for a fee, many times; he has had the album title Nevermind tattooed across his chest; he has appeared on a talk show wearing a self-parodying, nude-colored onesie; he has autographed copies of the album cover for sale on eBay; and he has used the connection to try to pick up women.

Elden's team has the option of refiling opposition until January 13th. Should they choose to do so (and they've at least stated they would, though it might just be bluff tactics), both sides will meet on January 20th.

Nirvana's 'Nevermind,' the album that turned the band into a household name, turned 30 in September. Spencer Elden, the baby on the album cover, is celebrating by suing everyone involved with it for child pornography. 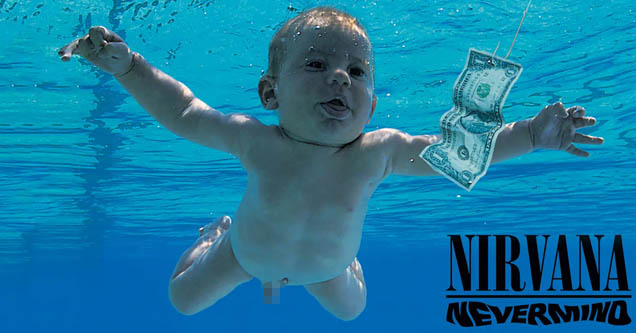 Censored because we can't afford to even be SERVED with a lawsuit.

The lawsuit names 15 defendants, including surviving band members Dave Grohl and Krist Novoselic, Cobain's former wife and executor of his estate Courtney Love, photographer Kirk Weddle, and various existing or defunct record labels attached to the distribution of the album. 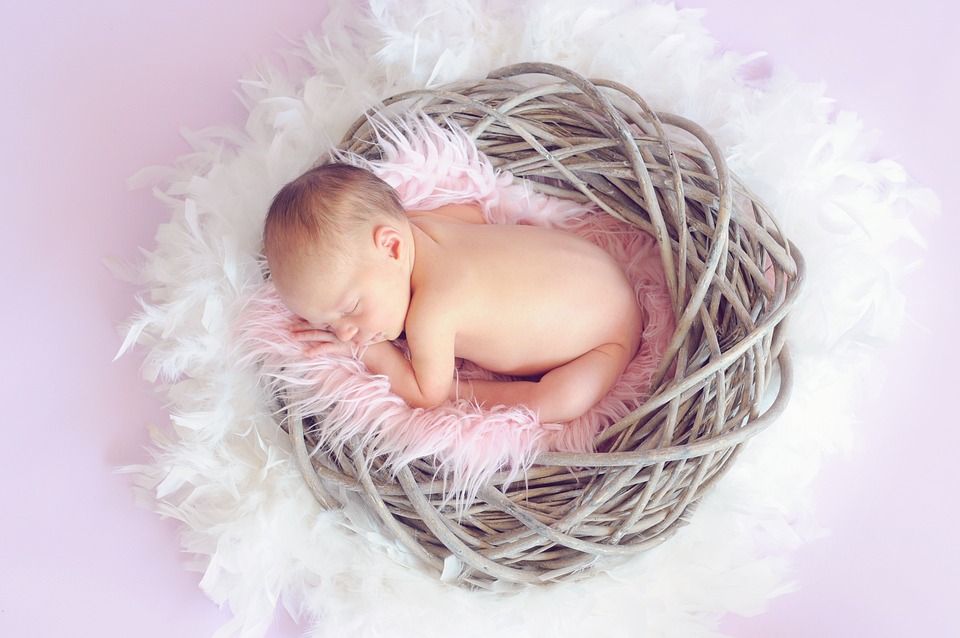 However, Elden's attorneys allege that the addition of the dollar actually does cross into child pornography by making the baby look "like a sex worker."

Elden is also unhappy about the fact that he and his family were only given $200 for the shoot by photographer Kirk Weddle, who was a family friend. Elden's parents were approached by Weddle who said he was shooting a bunch of kids in pools and they could make an easy $200 by letting Spencer participate. As Spencer's dad recalled to NPR in 2008, "We just had a big party at the pool, and no one had any idea what was going on!"

It wasn't until a few months later that Elden's parents spotted the album cover featuring their son at Tower Records. When the album went platinum a few months after that, Geffen Records sent Spencer a platinum album and a teddy bear.

Elden's own attitude towards his participation in the album has certainly gone through an evolution as well. He's posed for multiple recreations of the shot (wearing swim trunks) over the years to celebrate the album's various anniversaries. 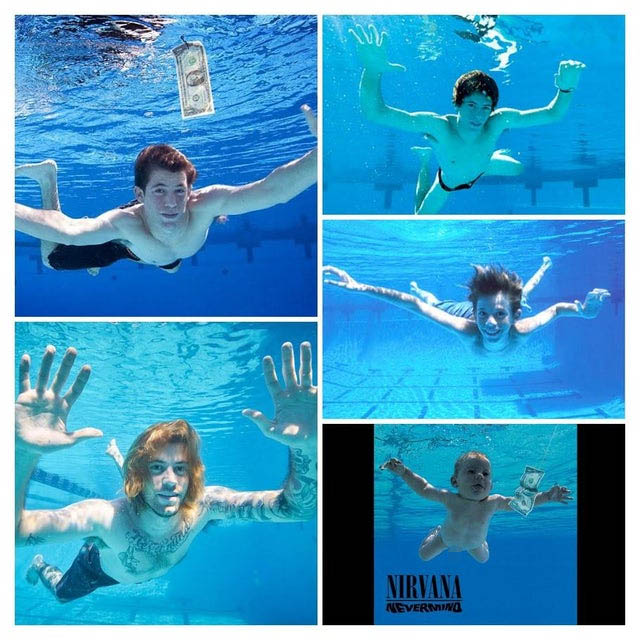 Man, he seems pretty torn up about it.

When asked about it over the years, his answers have ranged from being happy to be part of it to being weirded out by how he just kind of woke up to realize he'd been involved in this huge project without knowing. Still, that didn't seem to phase him too much from getting 'Nevermind' tattooed across his chest (pictured above). He's also apparently been cold-shouldered by the band members over the years despite attempts to get in touch with them, including a somewhat recent attempt to hopefully get them to participate in his art show, which he described in a GQ interview:

In the past you’ve said it was cool. When did that change?

Just a few months ago, when I was reaching out to Nirvana to see if they wanted to be part of my art show. I was getting referred to their managers and their lawyers. Why am I still on their cover if I’m not that big of a deal?

Why’d you reach out to them?

I was trying to do an art show with the photographer who took the picture. I was asking if they wanted to put a piece of art in the f**king thing.

With 30+ million copies sold, to say that 'Nevermind,' was a massive commercial success would be putting it mildly. Elden is currently pursuing $150,000 from each of the 15 defendants, or untold damages in court, feeling that the band and labels made a fortune distributing his image. Muddying the waters further is the claim that Elden's parents never actually signed any paperwork, though it could possibly be argued that a verbal agreement had been established and it would have been impossible to know that the time that the album would go on to be THIS big.

Those allegations, however, are marred by the fact that he himself has had several instances where he himself cashed in on his very specific claim to fame, stating that being the 'Nevermind' baby helped him secure an internship with street artist and Nirvana fan Shepard Fairey (who designed the famous Obama campaign posters). He's also been paid up to $1000 by photographers to recreate the album cover over the years, and reportedly has even received offers of up to $500 just to hang out and swim in someone's pool.

All of this is to say that the lawsuit was met with a lot of skepticism and derision in the public view. Even Twitter, widely known as a bastion of defending victimhood, wasn't having any of it:

The whole 'Spencer Elden is suing Nirvana for $150k due to exploitation of his baby photo on NEVERMIND' is hilarious considering his whole life has been based on exploiting it.

I also like the fact that Grohl etc not caring about his art show seems to be the catalyst for this. pic.twitter.com/k9lNiRHGk5

The kid from Nirvana’s Nevermind album is suing the band.

Ironically he’s chasing the money… just like in the cover. pic.twitter.com/K9QI9lrMi5

so the nirvana baby is suing nirvana for the nevermind cover but also has staged countless recreations and the lawsuit is only happening after the nirvana baby wanted to do an art show with nirvana and had to speak to their managers. alright, cool, got it. pic.twitter.com/3nMia2Ergg

i’m suing nirvana for this. pic.twitter.com/BCYRJnDE1Z 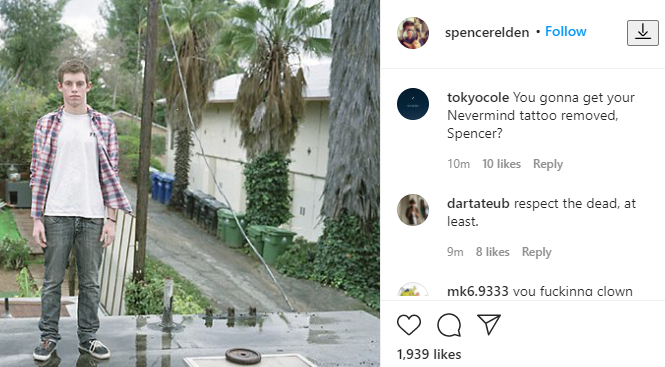 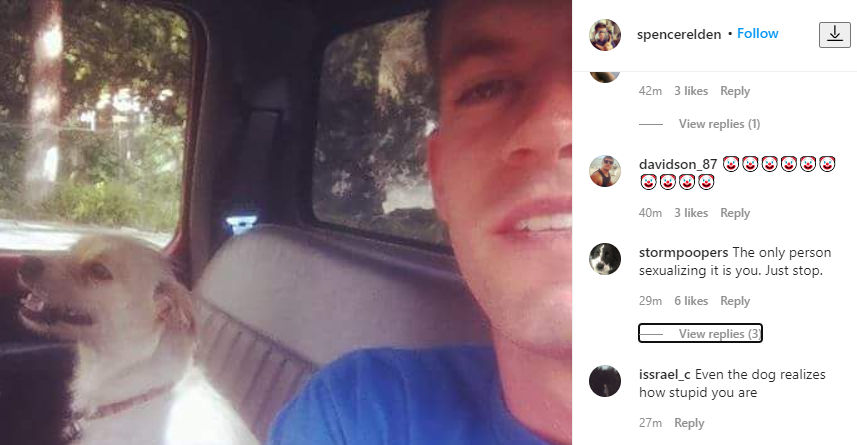 They even brought his dog into it

We'd really like to be sensitive to someone who feels victimized here, really... but man, the evidence makes it muddy. Elden clearly had no ability to speak for himself or even realize what he was participating in at the time, but the trumped-up charges being brought up to coincide with the album's 30th anniversary - after having spent multiple years capitalizing on his fame from it and getting ghosted by the band in another attempt to capitalize from the album - do feel more like a personal vendetta than a legally sound case.

This entire debacle also raises the question of how models and people who appear in this kind of artwork can/should be compensated. Models don't always receive royalties from the images they appear in, especially if they accept a buyout. Perhaps the one good thing to come out of this case is a renewed conversation on whether that needs to change. 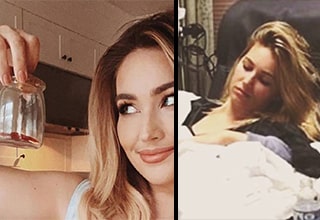